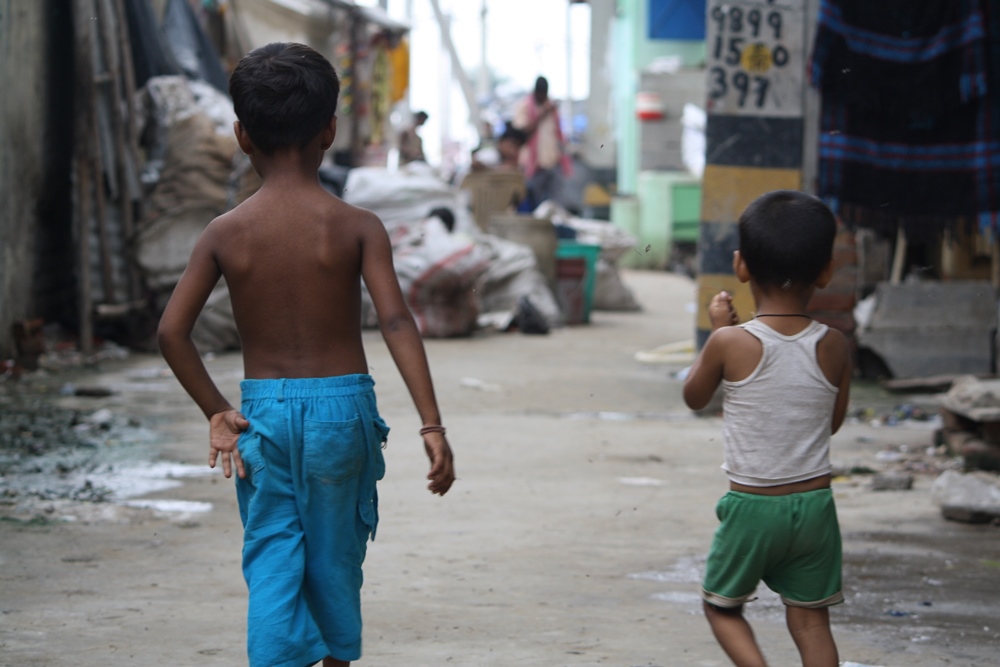 Is it a house or a home? A temple to the new India, or a warehouse for its ghosts? Ever since Antilla arrived on Altamont Road in Mumbai, exuding mystery and quiet menace, things have not been the same. “Here we are,” the friend who took me there said, “Pay your respects to our new Ruler.”

Antilla belongs to India’s richest man, Mukesh Ambani. I had read about this most expensive dwelling ever built, the twenty-seven floors, three helipads, nine lifts, hanging gardens, ballrooms, weather rooms, gymnasiums, six floors of parking, and the six hundred servants. Nothing had prepared me for the vertical lawn — a soaring, 27-storey-high wall of grass attached to a vast metal grid. The grass was dry in patches; bits had fallen off in neat rectangles. Clearly, Trickledown hadn’t worked.

But Gush-Up certainly has. That’s why in a nation of 1.2 billion, India’s 100 richest people own assets equivalent to one-fourth of the GDP.

The word on the street (and in the New York Times) is, or at least was, that after all that effort and gardening, the Ambanis don’t live in Antilla. No one knows for sure. People still whisper about ghosts and bad luck, Vaastu and Feng Shui. Maybe it’s all Karl Marx’s fault. (All that cussing.) Capitalism, he said, “has conjured up such gigantic means of production and of exchange, that it is like the sorcerer who is no longer able to control the powers of the nether world whom he has called up by his spells”.

In India, the 300 million of us who belong to the new, post-IMF “reforms” middle class—the market—live side by side with spirits of the nether world, the poltergeists of dead rivers, dry wells, bald mountains and denuded forests; the ghosts of 2,50,000 debt-ridden farmers who have killed themselves, and of the 800 million who have been impoverished and dispossessed to make way for us. And who survive on less than twenty rupees a day.

RIL is one of a handful of corporations that run India. Some of the others are the Tatas, Jindals, Vedanta, Mittals, Infosys, Essar and the other Reliance (ADAG), owned by Mukesh’s brother Anil. Their race for growth has spilled across Europe, Central Asia, Africa and Latin America. Their nets are cast wide; they are visible and invisible, over-ground as well as underground. The Tatas, for example, run more than 100 companies in 80 countries. They are one of India’s oldest and largest private sector power companies. They own mines, gas fields, steel plants, telephone, cable TV and broadband networks, and run whole townships. They manufacture cars and trucks, own the Taj Hotel chain, Jaguar, Land Rover, Daewoo, Tetley Tea, a publishing company, a chain of bookstores, a major brand of iodised salt and the cosmetics giant Lakme. Their advertising tagline could easily be: You Can’t Live Without Us.

The era of the Privatisation of Everything has made the Indian economy one of the fastest growing in the world. However, like any good old-fashioned colony, one of its main exports is its minerals. India’s new mega-corporations—Tatas, Jindals, Essar, Reliance, Sterlite—are those who have managed to muscle their way to the head of the spigot that is spewing money extracted from deep inside the earth. It’s a dream come true for businessmen — to be able to sell what they don’t have to buy.