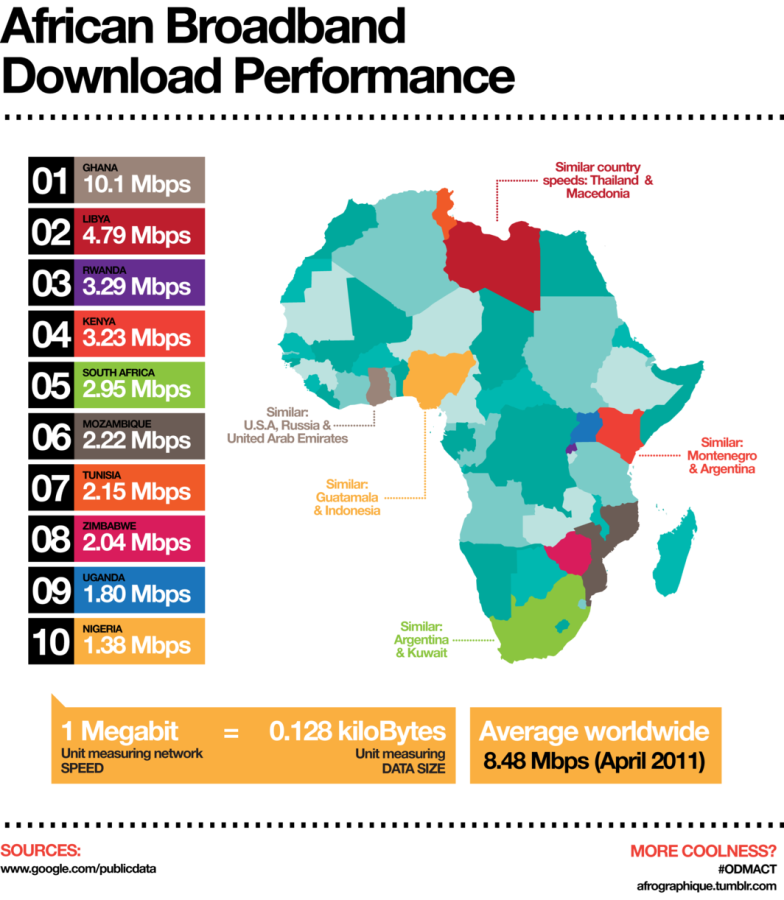 From Time magazine:
Tim Parsonson, CEO of African data-center operator Teraco, says that in the past four years Africa’s Internet capacity soared from 340 gigabits to 34,000 gigabits per second while the cost of the Internet to its service providers plunged from $4,000 to $200 per month for a megabit per second and could fall still further, to $100, within a year.

As a result, Internet traffic in Africa is among the fastest growing in the world. “This is a tidal wave of activity crossing the continent,” says Ben White, a blogger and the founder of VC4Africa, which connects African tech entrepreneurs with mentors and financiers. Google says online advertising in 2010 saw 5.2 billion clicks on African sites vs. 3.7 billion in Western Europe. “The pace is amazing. It’s lightning speed,” says Mucheru, who heads Google’s sub-Saharan Africa office. The Web’s economic effect echoes that of mobiles: a 2009 World Bank study found every 10% rise in high-speed connections raises growth by 1.3%.