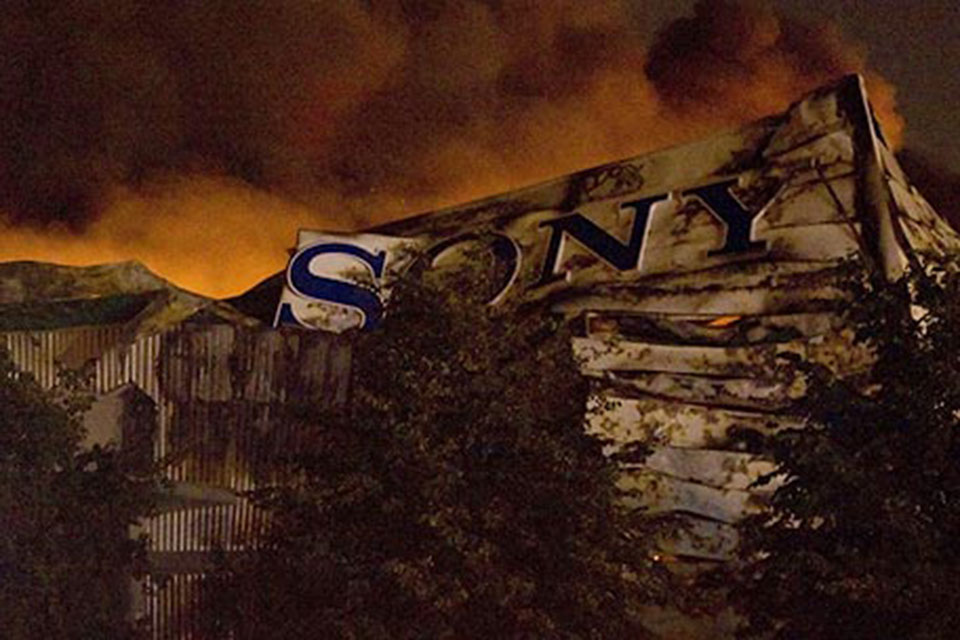 You’re likely to have seen that the Sony DADC warehouse in Enfield was burnt down, with great losses to the independent labels that use Sony’s distribution channels.

There is already a LabelLove campaign (including Twitter hashtag) that allows fans to donate money, which I personally find quite tasteless with over 12m affected by droughts and potentially facing starvation in East Africa right now. But hey, maybe I should lighten up?

Anyway, given it was a huge loss of vinyl from some good labels. And as an inherently tedious beard-stroking muso, I thought a quick run through of the labels whose output will be a great loss was appropriate. Feel free to suggest others in the comments.

They’re pretty big boys now in the independent scene, but I remember distinctly getting a DJ’s only copy of Terror Twilight with Domino plastered all over it.

So in tribute to the home of Pavement, here’s a distinctly comic video from Terror Twilight (the only official video I could find on YouTube!).

If you haven’t heard any Pavement before, for gods sake go listen now!

Another label I’m pretty fond of is the epic Drag City. These guys have a killer roster, I’ll have to slip into list mode just to get them out there:

Gonna roll with a Jim O’Rourke in tribute to these guys.

Major bummer to lose anything from these guys. Hardly worth even listing artists as you might as well listen to everything they do (certainly for the first 10 years). To tick the tribute box to them, an absolute classic Coldcut track:

Pretty much just get a mention owing to their links to the supremely awesome Ninja Tunes. Well, of course there is also Roots Manuva, Antipop Consortium, cLOUDDEAD and Diplo all of whom have some spectacular records out there. Lets go with Antipop Consortium for a vid:

What can you say about Thrill Jockey? Amazing label. Some extraordinary bands including:

I would have gone for an Extra Golden track as they’re just blowing my mind at the moment, could just as easily pull out an amazing Boredoms performance, but yet another genius perverse pop song from Fiery Furnaces seems most appropriate:

Not sure why, but I’ve always has a little crush on Secretly Canadian records. They boast output from BLK JKS, Jens Lekman, Jason Molina (Magnolia Electric Co, Songs: Ohia, Molina and Johnson) and Yeasayer, and previously Windsor For The Derby & Scout Niblett. Jagjaguwar also host the bizarre Oneida who you should give some time to.

By way of tribute, a taste of Jens Lekman (and yes, that’s Beat Happening’s Calvin Johnson weighing in on the chorus):

Lots of quality oldies on Touch and Go. Real talent here, in fact looks like another list:

Shellac narrowly fought off Don Caballero for the honour on this one. Mostly because Don Cab have been previously given air time on this ‘ear blog. Plus I was in this crowd, so happy memories from ATP:

Putting out quality strange records for a heck of a long time now, Warp consistently bag interesting artists. They seem to have cooled off a little recently, but they still list the following artists as constituents of the label:

Easy winner there for me, as Battles are part of my life. (Try whistling this when you’re drunk, because you’ll never be able to do it sober)

Gotta roll with a classic Adam Green for this:

Wow, really thought Wall Of Sound had some better acts than they do. As far as I can tell it’s basically just Mogwai and Grace Jones holding it together, but maybe I’ve missed the full list on their site?

I know these guys have some good bands on their books, but just can’t find that info anywhere on t’web. I do know they release Redjetson and Blood Red Shoes however which makes them alright in my book.

This is Jason Molina