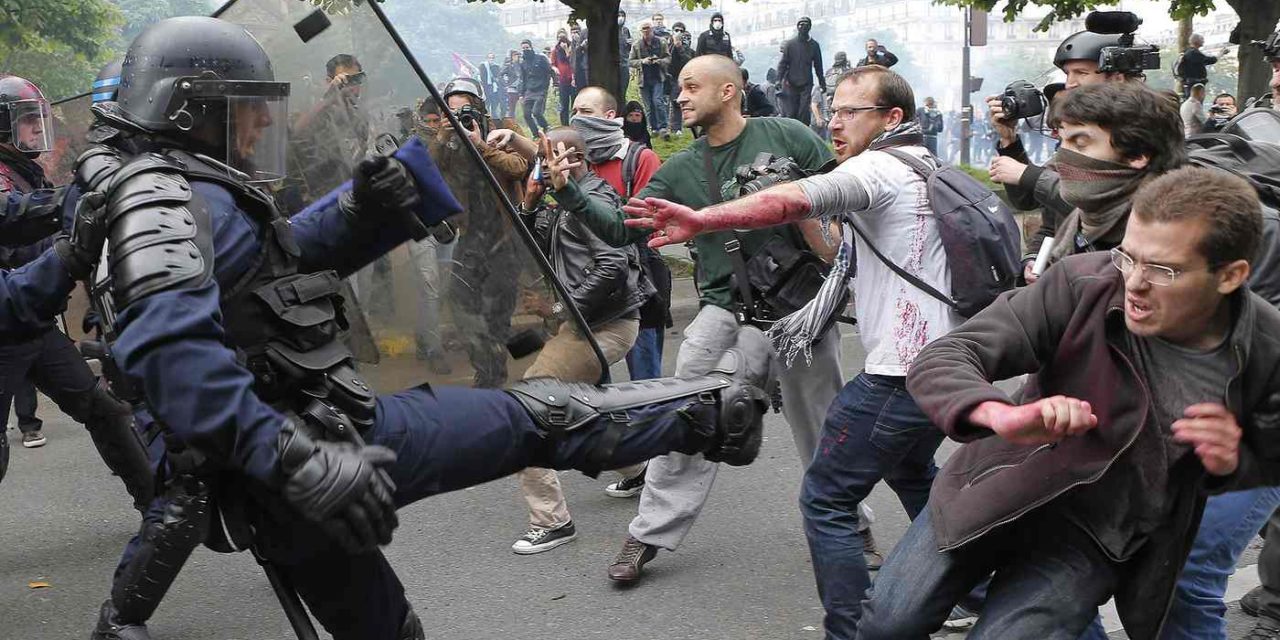 Six Trends. To give some coherence to the many developments that make up our species’ retreat from violence, I group them into six major trends.

The first, which took place on the scale of millennia, was the transition from the anarchy of the hunting, gathering, and horticultural societies in which our species spent most of its evolutionary history to the first agricultural civilizations with cities and governments, beginning around five thousand years ago. With that change came a reduction in the chronic raiding and feuding that characterized life in a state of nature and a more or less fivefold decrease in rates of violent death. I call this imposition of peace the Pacification Process.

The second transition spanned more than half a millennium and is best documented in Europe. Between the late Middle Ages and the 20th century, European countries saw a tenfold-to-fiftyfold decline in their rates of homicide. In his classic book The Civilizing Process, the sociologist Norbert Elias attributed this surprising decline to the consolidation of a patchwork of feudal territories into large kingdoms with centralized authority and an infrastructure of commerce. With a nod to Elias, I call this trend the Civilizing Process.

The third transition unfolded on the scale of centuries and took off around the time of the Age of Reason and the European Enlightenment in the 17th and 18th centuries (though it had antecedents in classical Greece and the Renaissance, and parallels elsewhere in the world). It saw the first organized movements to abolish socially sanctioned forms of violence like despotism, slavery, dueling, judicial torture, superstitious killing, sadistic punishment, and cruelty to animals, together with the first stirrings of systematic pacifism. Historians sometimes call this transition the Humanitarian Revolution.

The fourth major transition took place after the end of World War II. The two-thirds of a century since then have been witness to a historically unprecedented development: the great powers, and developed states in general, have stopped waging war on one another. Historians have called this blessed state of affairs the Long Peace.

The fifth trend is also about armed combat but is more tenuous. Though it may be hard for news readers to believe, since the end of the Cold War in 1989, organized conflicts of all kinds—civil wars, genocides, repression by autocratic governments, and terrorist attacks—have declined throughout the world. In recognition of the tentative nature of this happy development, I will call it the New Peace.

Finally, the postwar era, symbolically inaugurated by the Universal Declaration of Human Rights in 1948, has seen a growing revulsion against aggression on smaller scales, including violence against ethnic minorities, women, children, homosexuals, and animals. These spin-offs from the concept of human rights—civil rights, women’s rights, children’s rights, gay rights, and animal rights—were asserted in a cascade of movements from the late 1950s to the present day which I will call the Rights Revolutions.