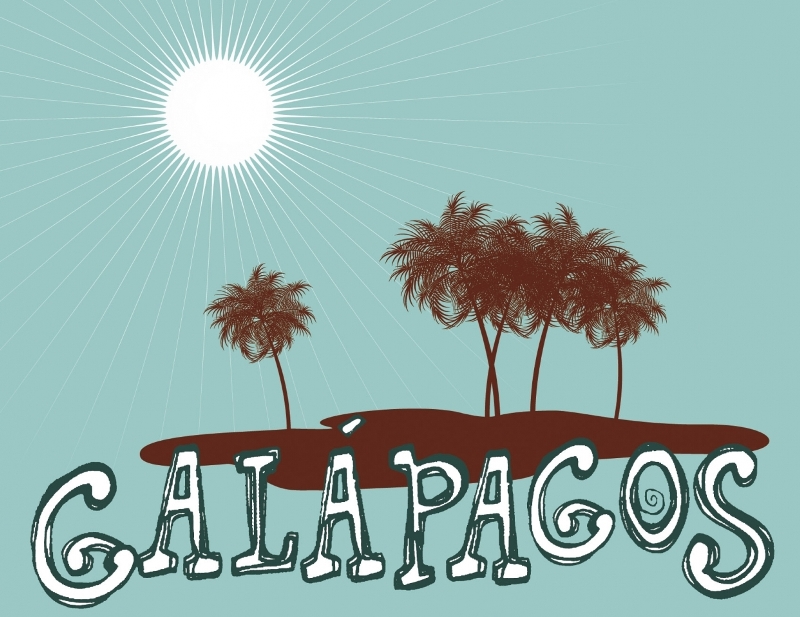 Mary Hepburn and the Captain had good teeth when they arrived on Santa Rosalia, although they were both well over thirty, thanks to regular visits to dentists, who drilled out rot and drained abscesses and so on. But they were toothless when they died. Selena MacIntosh was so young when she died in a suicide pact with Hisako Hiroguchi that she still had a lot of her teeth, but by no means all of them. Hisako was completely toothless then.

And if I were criticizing human bodies as they were a million years ago, the kind of body I had, as though they were machines somebody intended to put on the market, I would have two main points to make — one of which I have surely made by now in my story: “The brain is much too big to be practical.” The other would be: “Something is always going wrong with our teeth. They don’t last anything like a lifetime, usually. What chain of events in evolution should we thank for our mouthfuls of rotting crockery?”

It would be nice to say that the Law of Natural Selection, which has done people so many favors in such a short time, had taken care of the tooth problem, too. In a way it has, but its solution has been draconian. It hasn’t made teeth more durable. It has simply cut the average human life span down to about thirty years.

Now back to Guayaquil, and *Andrew MacIntosh’s telling Jesús Ortiz to put the filet mignons on the floor:

“I beg your pardon, sir?” said Ortiz in English.

“Put them both in front of the dog,” said *MacIntosh.

So Ortiz did that, his big brain in total confusion, revising entirely Ortiz’s opinion of himself, humanity, the past and future, and the nature of the universe.

Before Ortiz had time to straighten up from serving the dog, *MacIntosh said yet again, “Get out of here.”

It pains me even now, even a million years later, to write about such human misbehavior.

A million years later, I feel like apologizing for the human race. That’s all I can say.

I am reminded of one of my father’s novels, The Era of Hopeful Monsters. It was about a planet where the humanoids ignored their most serious survival problems until the last possible moment. And then, with all the forests being killed and all the lakes being poisoned by acid rain, and all the groundwater made unpotable by industrial wastes and so on, the humanoids found themselves the parents of children with wings or antlers or fins, with a hundred eyes, with no eyes, with huge brains, with no brains, and on and on. These were Nature’s experiments with creatures which might, as a matter of luck, be better planetary citizens than the humanoids. Most died, or had to be shot, or whatever, but a few were really quite promising, and they intermarried and had young like themselves.

I will now call my own lifetime a million years ago “the Era of Hopeful Monsters,” with most of the monsters novel in terms of personality rather than body type. And there are no such experiments, either with bodies or personalities, going on at the present time.

Big brains back then were not only capable of being cruel for the sake of cruelty. They could also feel all sorts of pain to which lower animals were entirely insensitive. No other sort of animal on earth could feel, as Jesús Ortiz felt as he descended in the elevator to the lobby, that he had been mangled by what *MacIntosh had said to him. He could not even be sure that there was enough of himself left to make living worthwhile.

And his brain was so complicated that he was seeing all sorts of pictures inside his skull which no lower animal could ever see, all as imaginary, as purely matters of human opinion, as the fifty million dollars *Andrew MacIntosh was prepared to transfer instantly from Manhattan to Ecuador when the right words came over the telephone. He saw a picture of Señora Kennedy, Jacqueline Kennedy Onassis, which was indistinguishable from pictures he had seen of the Virgin Mary. Ortiz was a Roman Catholic. Everybody in Ecuador was a Roman Catholic. The von Kleists were all Roman Catholics. Even the cannibals in the Ecuadorian rain forest, the elusive Kanka-bonos, were Roman Catholics.

This Señora Kennedy was beautiful and sad and pure and kind and all powerful. In the mind of Ortiz, though, she also presided over a host of minor deities, who were also going to take part in “the Nature Cruise of the Century,” which included the six guests already at the hotel. Ortiz had expected nothing but goodness from any of them, and felt, as had most Ecuadorians until hunger started to set in, that their coming to Ecuador would be a glorious moment in their nation’s history, and that every conceivable luxury should be lavished on them.

But now the truth about one of these supposedly wonderful visitors, *Andrew MacIntosh, had polluted Ortiz’s mental picture not only of all the other minor deities, but of Señora Kennedy herself.

So that head-and-shoulders portrait grew fangs like a vampire, and the skin dropped off the face, but the hair stayed on. It was a grinning skull now, wishing nothing but pestilence and death for little Ecuador.

It was a scary picture, and Ortiz could not make it go away. He thought that he might be able to ditch it in the heat outside, so he crossed the lobby, heedless of *Siegfried von Kleist’s calls from the bar. *Von Kleist was asking him what was the matter, where was he going, and so on. Ortiz was the hotel’s best employee, the most loyal and resourceful and uniformly cheerful one, and *von Kleist really needed him.