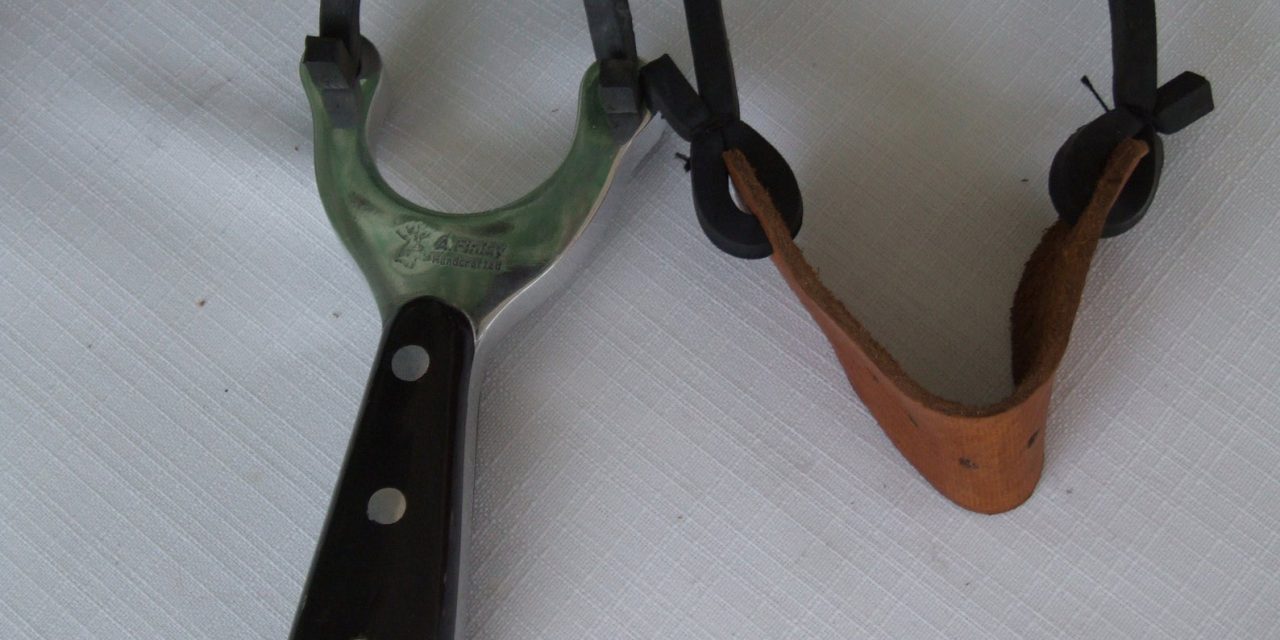 When he was ten years old, Jeremy was walking along the main road, with his friend Benedict, out of the small town they lived in. Heading to build a den. Jeremy picked up a rubber band as they walked. Then he picked up a little pebble. Then he fashioned a catapult between his fingers and Benny said Don’t, and Jem said Get lost Benny, and pinged the pebble into the oncoming traffic. A minute later a car pulled over in front of the boys and a man got out. He lurched towards the boys. Jem felt sick. He hated being in trouble.

The man pointed at Benny and said, You could have killed me and my children, you stupid little shit.

Benny said, I am very, very sorry. I am incredibly sorry.

Both boys flinched from the language.

The man shook his head and walked back to his car.

Benny looked again at Jem, and Jem said nothing, and looked down at his feet.

Benny walked away from Jem.

Jeremy replays the scene all the time, again and again, year after year. The recognition between the two boys of what it meant, in the moment and in the world; Benny walking away, Jem left standing, appalled at himself, in frozen ignominy, four foot tall. The shame becomes him, runs through him like barbed wire absorbed into a tree.

I was pent up anyway. This was in the trying-to-quit-smoking sleep-deprived early days and I had been screaming at the twins. Go to sleep. Fucking go to sleep. I was driving round town again and again, so they’d fall asleep. I was bored. Karen and I hadn’t had sex in weeks. Work was shite. It was the pre-internet days, small sad amounts of money, sad meetings in sad towns, then back to sad Karen and the screaming twins. I was frustrated and angry. It was really a tiny pebble, but I’d seen one of those adverts about windscreens cracking, about wearing driving gloves so you can punch out a windscreen, so before I’d really thought about it I pulled a U-turn in the layby and drove back. I got out and walked down the pavement towards them and they looked terrified. My anger fizzled away. They really looked like they were going to shit their pants. They were young. I told them to plug their fucking heads in and not be stupid. I apologised for swearing. I said it was just about thinking about the consequences of your actions. I was aware I sounded like every other cut-out adult boring bastard, lecturing them about what kind of men they wanted to grow up to be, as if I was any kind of exemplar, almost bankrupt, routinely unfaithful, borderline alcoholic. I said I used to have a catapult like that. Then they pegged it, sprinting off down the pavement leaving me feeling a bit foolish. I could hear the twins mewling and screeching in the car.

The reason I remember this is that I didn’t realise that day, but that pebble did in fact leave a little chip, and my windscreen did shatter, later that year, as we were driving up the M1, and I did punch it. I wasn’t wearing driving gloves (who does?) so my knuckles were quite badly cut. And so when I saw the taller kid, the black kid, a few years later, outside the George and Dragon, and I’d had a few beers, I said to him, That pebble you shot at my car, you bloody idiot, it ended up nearly killing me and my family, you know? He said, You what? He looked at me like I was completely insane, and his friends all laughed, and he shook his head and went on drinking his pint. Walking away, it occurred to me that it probably wasn’t the same kid. There must be more than one black teenager in this town. I’ve made the classic racist mistake haven’t I? My chest shivered all wobbly, ashamed and embarrassed. Skewered. I felt childish. I wanted to hide.

Fun turns to fear with chemical haste. He is suddenly frozen to the spot.

Not because of what he has done, but because he has been caught. Into the absent-minded strolling golden afternoon of idle boyhood comes a furious adult. Trouble. Parents finding out. Brother finding out. Trouble that will spill into the week, cannot be contained in the afternoon. He is not a naughty boy. Or, he thinks, in real time, events like this are what warn him against becoming a naughty boy.

Years later, he can be right in the moment again, and in this instant are previous times, and future times, stacked up, sliding through him, from his buzzing urethra to his blushing cheeks. Time-travel boy in trouble, heart beating faster; broken greenhouse, stolen fiver, busted smoking, wandering stoned, bag of pills in a sock being patted by a bouncer, marital trouble, children in trouble, health trouble, run as fast as you can little man, you can’t escape some trouble, cossetted human in your trouble-free world, illusory, safe because someone else is in trouble so you can be comfy.

He starts to cry.

His friend says, Don’t be a wuss. He didn’t even ask for our parent’s names and addresses.

This will happen time and time again. Clarifying trouble like a health check or pressure point. Boy trapped in man; man always boyish. Life punctuated by occasional proximity to scandal or danger, but otherwise dull.

He remembers it was unpleasant beyond the being caught, beyond the sudden sobering fact of having nearly caused a crash.

Something to do with Benny being black.

Many of his childhood memories relate to Benny being black, in a small English town of mostly white people.

Various intertwined threads of shame. Experience. Is he misremembering? Is he inserting a racial element where there was none? He has done this before. Wrong remembering with adult anthropology, offering an apology to the adult he is about the child he assumes he was, in a country he struggles to recognise. Overthinking, keen to find that trouble. Keen to feel it.

He emails Benny to ask and Benny replies with a torrent of laughing emojis.

You are INSANE, he writes. It was me that shot the pebble. It wasn’t an elastic band; it was a catapult. Proper. My brother’s Black Widow. And the guy said GIVE IT TO ME, so we ran. I don’t remember it being a big deal at all. We were in trouble for borrowing the catapult, but that was later.

When I was ten years old, I was walking along the main road, with my friend Benedict, out of the small town we lived in. Heading to build a den. I picked up a rubber band as we walked. Then I picked up a little pebble. Then I fashioned a catapult between my fingers and Benny said Don’t, and I said Get lost Benny, and I pinged the pebble into the oncoming traffic. A minute later a car pulled over in front of us and a man got out. He lurched towards us. I felt sick. I hated being in trouble.

The man pointed at Benny and said, You could have killed me and my children, you stupid little shit.

Benny looked at me.

Benny said, I am very, very sorry. I am incredibly sorry.

We flinched from the language.

The man shook his head and walked back to his car.

Benny looked again at me, and I said nothing, and looked down at my feet.

I replay the scene all the time, again and again, year after year. The recognition between Benny and I, of what it meant, in the moment and in the world; Benny walking away, me left standing, appalled at myself, frozen ignominy, four foot tall. The shame becomes me, runs through me like barbed wire absorbed into a tree.

He gets in touch and asks if I remember things. Usually trouble.

Yes, that man got out of his car and gave us a bollocking, but he was also really nice and tried to make conversation about catapults, and we ran off.

Yes, we laid all those sticks and branches over the road, built a little roadblock, and then hid in one of the gulleys and heard the farmer cussing and huffing as he dismantled it.

Yes, we got caught smoking weed outside the Salvation Army and the police drove us home and told our parents.

Yes, we got in that fight in Norbury. That was bad. But I’m not sure what he wants me to say to him. Yes, these are memorable times in our journey from boys to men, and because we are generally well-behaved law-abiding middle-class guys, these are notable points in our shared narrative arc? He wants affirmation that we were in trouble together, as if his life is sadly lacking in trouble and he wants a god hit of nostalgia, clarification, risk, affirmation? He never writes about backpacking to Florence. My wedding. Holidays at my parent’s beach hut in Poole.

What is missing in his life that he needs to revisit these small ordinary flashpoints of not-especially dramatic strife?

My friends ask me, What was that about? So I tell them. One of those weirdly memorable moments from childhood. On our way to build a den, maybe nine, maybe ten, primary school boys with a catapult stolen from someone older, unthinking, pinging a pebble in the road and then standing, frozen to the spot, being told off by a stranger. One of us did it. One of us watched the other take the blame, such is the heightened dramatic free flow of trouble; the memory game, which we grow around differently.

My friends laugh. You should go and own up. They mock me: End these years of guilty pain, unburden yourself. Get over it.

It was the screaming babies in the car that upset me. Were they screaming because of us? Frightened? We could have killed them. Might, sometime soon, kill them, one way or another. That was the small thought that lodged itself and grew with me year after year, unfolding as I went to sleep, a living diagram of related risks. A foundation thought which confronts as directly as it did in adulthood as it did back then. You are child, playing, being as foolish or as sensible as you are being, in the skin that you are in, in the place you have been found, and then you are in trouble, and the trouble is momentary, nothing, (he didn’t even ask for our parent’s names and addresses), or the trouble is lifelong, (we caused a crash, we killed two children, we caused a catastrophic change). In every direction it’s the same, it nearly did or nearly was. Whether it did or did not, or will tomorrow, or never will, we grow in accordance with that proximity. Trouble is the nurturing shadow of the not-yet happened that disobeys time’s artificial kindness. Which is why we need it. Which is why I replay it, re-order it, re-cast and re-ask it. Thankfully. So as not to get over it.

I said, I am very, very sorry. I am incredibly sorry.

I flinched from the language.

I shook my head and walked back to the car.

I said nothing and looked down at my feet.