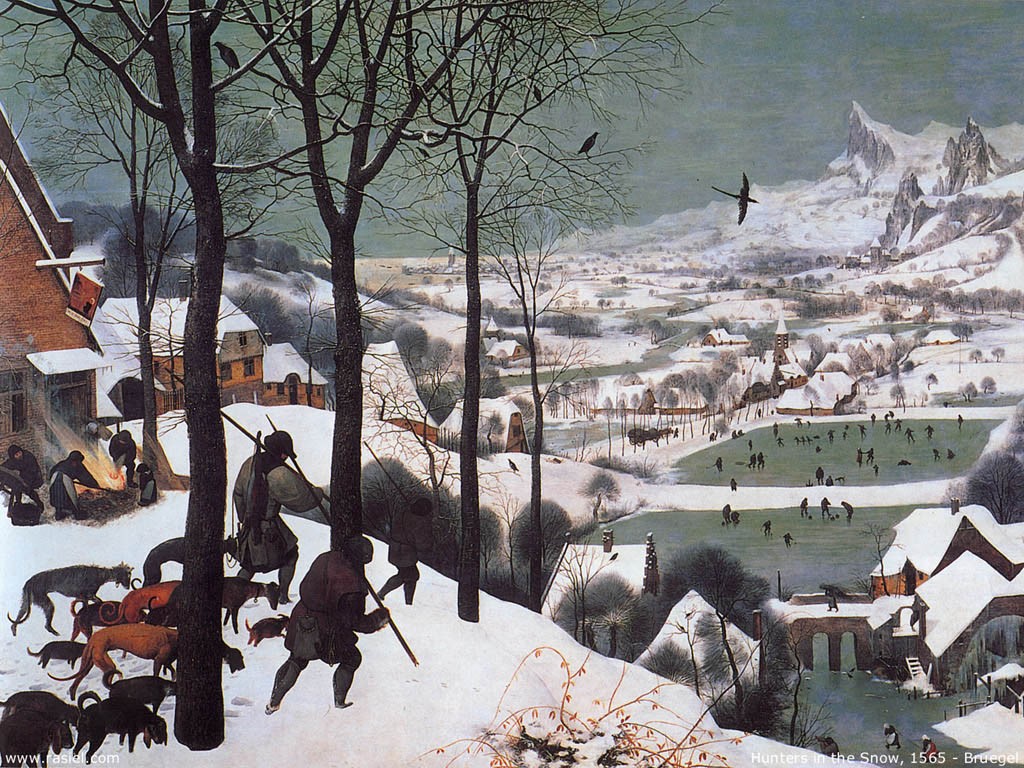 Kenny swore and threw down his hat. “This is the worst day of hunting I ever had, bar none.” He picked up his hat and brushed off the snow. “This will be the first season since I was fifteen I haven’t got my deer.”

“It isn’t the deer,” Frank said. “It’s the hunting. There are all these forces out here and you just have to go with them.”

“You go with them,” Kenny said. “I came out here to get me a deer, not listen to a bunch of hippie bullshit. And if it hadn’t been for dimples here I would have, too.”

“And you – you’re so busy thinking about that little jailbait of yours you wouldn’t know a deer if you saw one.”

Kenny and Tub followed him back across the fields. When they were coming up to the barn Kenny stopped and pointed. “I hate that post,” he said. He raised his rifle and fired. It sounded like a dry branch cracking. The post splintered along its right side, up toward the top. “There,” Kenny said. “It’s dead.”

“Knock it off,” Frank said, walking ahead.

Kenny looked at Tub. He smiled. “I hate that tree,” he said, and fired again. Tub hurried to catch up with Frank. He started to speak but just then the dog ran out of the barn and barked at them. “Easy, boy,” Frank said.

“I hate that dog.” Kenny was behind them.

Kenny fired. The bullet went in between the dog’s eyes. He sank right down into the snow, his legs splayed out on each side, his yellow eyes open and staring. Except for the blood he looked like a small bearskin rug. The blood ran down the dog’s muzzle into the snow.

They all looked at the dog lying there.

Kenny turned to Tub. “I hate you.”

Tub shot from the waist. Kenny jerked backward against the fence and buckled to his knees. He folded his hands across his stomach. “Look,” he said. His hands were covered with blood. In the dusk his blood was more blue than red. It seemed to below to the shadows. It didn’t seem out of place. Kenny eased himself onto his back. He sighed several times, deeply. “You shot me,” he said.

“I was just kidding around,” Kenny said. “It was a joke. Oh!” he said, and arched his back suddenly. “Oh!” he said again, and dug his heels into the snow and pushed himself along on his head for several feet. Then he stopped and lay there, rocking back and forth on his heels and head like a wrestler doing warm- up exercises.

Frank roused himself. “Kenny,” he said. He bent down and put his gloved hand on Kenny’s brow. “You shot him,” he said to Tub.

Tub was weeping from the eyes and nostrils. His whole face was wet. Frank closed his eyes, then looked down at Kenny again. “Where does it hurt?”

“I mean where did it go in?” Frank said.

“Here.” Kenny pointed at the wound in his stomach. It was welling slowly with blood.

“You’re lucky,” Frank said. “It’s on the left side. It missed your appendix. If it had hit your appendix you’d really be in the soup.” He turned and threw up onto the snow, holding his sides as if to keep warm.

“Are you all right?” Tub said.

“There’s some aspirin in the truck,” Kenny said.

“Exactly what happened,” Tub said. “He was going to shoot me but I shot him first.”