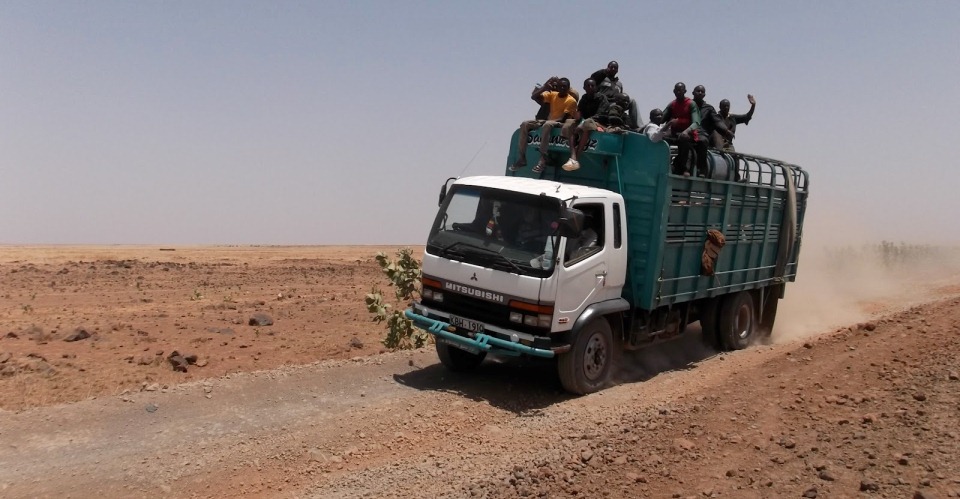 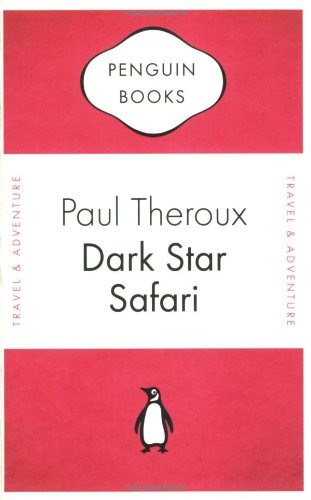 I got a glimpse of two men in dusty robes, their faces hidden by bands of cloth, standing in the road, with rifles held upright, firing into the air.
Two things happened then. First, and startlingly, the man crouched beside me – a soldier – lifted his rifle and began firing directly at the men, both of whom ducked behind boulders. Second, the truck accelerated, moving so fast that it pitched and rolled down the narrow defile between the humpy hills, like a toppling yacht traveling down the face of a wave.
And at the same time I was diving down from the top bars of the truck with the other men, and dangling behind the metal sides (thinking, Is this steel bulletproof?) and over the staggering cattle. We went from five to twenty-five miles an hour, not great acceleration perhaps but enough to drag us out of range of the armed men and to demonstrate our resolve to get away.
The men were shifta, classic highwaymen positioned in a perfect place. The truck had slowed down to a crawl in a spot that was squeezed between two hiding places, and the men stepped out and fired in the air to get our attention. Perhaps they had not counted on being fired upon; more likely they were surprised by the driver stamping on the gas and getting us out of there.
The soldier clinging to the bars beside me on our truck shook his head and laughed.
I said, ‘Shifta?‘
‘Yah.’ He smiled at my grim face.
I said, ‘Sitaki kufa,’ I don’t want to die.
He said in English, ‘They don’t want your life, bwana. They want your shoes.’

Many times after that, in my meandering through Africa, I mumbled these words, an epitaph of underdevelopment, desperation in a single sentence. What use is your life to them? It is nothing. But your shoes – ah, they are a different matter, they are worth something, much more than your watch (they had the sun) or your pen (they were illiterate) or your bag (they had nothing to put in it). These were men who needed footwear, for they were forever walking.