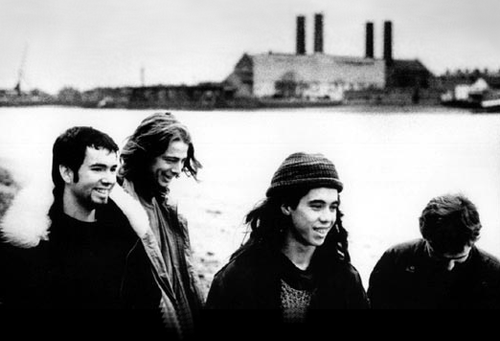 East London band Bark Psychosis epitomise why leaving music to the Simon Cowells of this world would ensure the hegemonic blandness of the pop charts spreads everywhere.

Sorry, bit of a mouthful. But in short, Bark Psychosis are one of those fantastic bands you’ll never hear unless you’re actively seeking out new music.

Having said that BBC Radio 6 may have an entire show dedicated to them, or even hosted by them by now, as it is the twinkly light in the vacuous pit of UK radio. Unfortunately, Radio 1 cured me of any desire to listen to anything but Radio 4 and my choice of music, so I wouldn’t know. Apols if they do – that caveat will have to apply to everything I tag as unfamous.

Can’t be all bad anyway, I got to hear these guys. They are an ‘album band’, and the below From What Is Said To When It’s Read kicks off Codename: Dustsucker.

Rather appropriately for the first in what will hopefully be a little series of these unfamous artists, the term “post-rock” was coined about these guys. Can’t help but feel 65daysofstatic were big fans back in the day as well.

This is Dirty Three
Tags: bark psychosis, bbc, codename dustsucker, east london, from what is said to when its read, post-rock, radio, simon cowell, unfamous