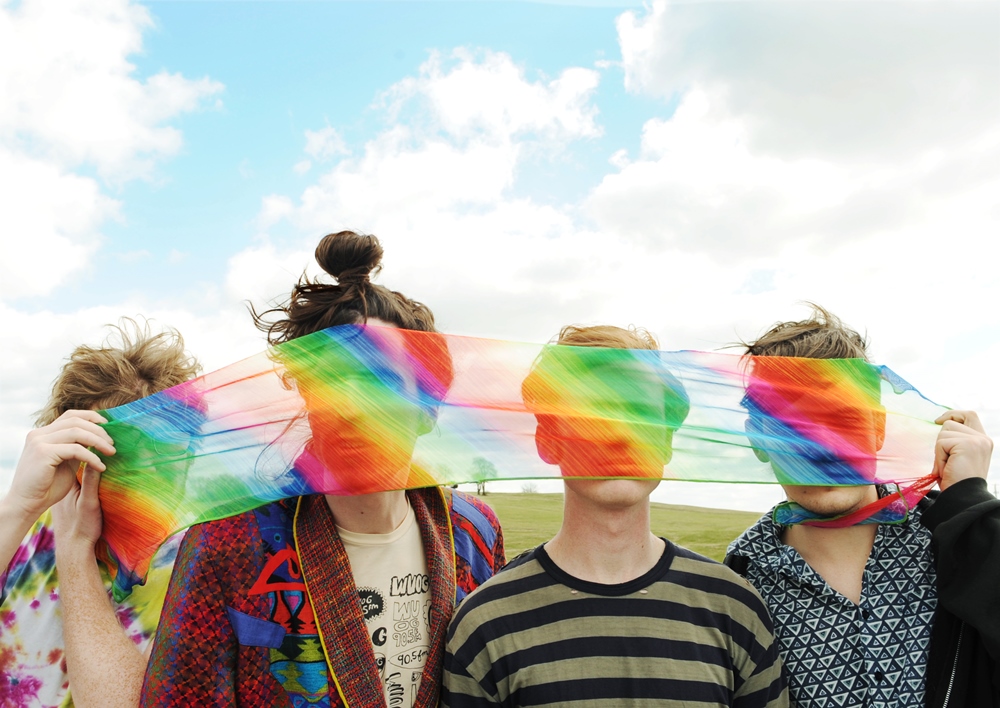 This isn’t really a review, but more a wee homage to a band doing some great stuff at the moment.

One of their greatest tricks is the effortless cruising of genres, without ever sounding confused or like a mish-mash / cut and paste of better bands. And similar to Minus The Bear adherence to traditional structures definitely takes a backseat to the need for the song to coherently saunter, bounce or pound forward.

Afro-pop enthused rhythms smash into electro giddiness, while the child-like dances around blowing raspberries at the band. If the also superb Extra Golden had a more light-hearted approach to their mashing up of Kenyan sounds with college and garage rock, it might sound a little like this:

From their new album just released on Joyful Noise Recordings (those guys still blindingly good in choosing their bands!) It’s lazy to compare everything to Talking Heads and David Byrne’s legacy, but if there’s an electronic or disco hybrid post-punk comparison to be made…

Another band that springs to mind listening to these guys is Yeasayer. To a lesser extent Animal Collective also, but maybe more the solo output of Geologist who seems to be slowly catching up with the reputations of Panda Bear and Avey Tare.

More importantly though, this is one of my favourite tracks I’ve heard this year (although it was released in 2012 – sometimes it takes a while alright?)