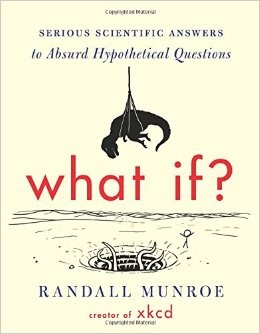 Manhattan has been continuously inhabited for the past 3,000 years, and was first settled by humans perhaps 9,000 years ago.

In the 1600s, when Europeans arrived, the area was inhabited by the Lenape people [1]. The Lenape were a loose confederation of tribes who lived in what is now Connecticut, New York, New Jersey, and Delaware.

To see what Times Square looked like before a city was there, we turn to a remarkable project called Welikia, which grew out of a smaller project called Mannahatta. The Welikia project has produced a detailed ecological map of the landscape in New York City at the time of the arrival of Europeans.

The interactive map, available online at welikia.org, is a fantastic snapshot of a different New York. In 1609, the island of Manhattan was part of a landscape of rolling hills, marshes, woodlands, lakes, and rivers.

The Times Square of 1,000 years ago may have looked ecologically similar to the Times Square described by Welikia. Superficially, it probably resembled the old-growth forests that are still found in a few locations in the northeastern US. However, there would be some notable differences.

There would be more large animals 1,000 years ago. Today’s disconnected patchwork of northeastern old-growth forests is nearly free of large predators; we have some bears, few wolves and coyotes, and virtually no mountain lions. (Our deer populations, on the other hand, have exploded, thanks in part to the removal of large predators.)

The forests of New York 1,000 years ago would be full of chestnut trees. Before a blight passed through in the early twentieth century, the hardwood forests of eastern North America were about 25 percent chestnut. Now, only their stumps survive.

You can still come across these stumps in New England forests today. They periodically sprout new shoots, only to see them wither as the blight takes hold. Someday, before too long, the last of the stumps will die.

There’s one thing you would not see: earthworms. There were no earthworms in New England when the European colonists arrived. To see the reason for the worms’ absence, let’s take our next step into the past.

The Earth of 10,000 years ago was just emerging from a deep cold period.

The great ice sheets that covered New England had departed. As of 22,000 years ago, the southern edge of the ice was near Staten Island, but by 18,000 years ago it had retreated north past Yonkers [8]. By the time of our arrival, 10,000 years ago, the ice had largely withdrawn across the present-day Canadian border.

The ice sheets scoured the landscape down to bedrock. Over the next 10,000 years, life crept slowly back northward. Some species moved north faster than others; when Europeans arrived in New England, earthworms had not yet returned.

As the ice sheets withdrew, large chunks of ice broke off and were left behind.

When these chunks melted, they left behind water-filled depressions in the ground called kettlehole ponds. Oakland Lake, near the north end of Springfield Boulevard in Queens, is one of these kettlehole ponds. The ice sheets also dropped boulders they’d picked up on their journey; some of these rocks, called glacial erratics, can be found in Central Park today.

Below the ice, rivers of meltwater flowed at high pressure, depositing sand and gravel as they went. These deposits, which remain as ridges called eskers, crisscross the landscape in the woods outside my home in Boston. They are responsible for a variety of odd landforms, including the world’s only vertical U-shaped riverbeds.

A hundred thousand years ago, Earth was near the end of a similar period of climate stability. It was called the Sangamon interglacial, and it probably supported a developed ecology that would look familiar to us.

The coastal geography would be totally different; Staten Island, Long Island, Nantucket, and Martha’s Vineyard were all berms pushed up by the most recent bulldozer-like advance of the ice. A hundred millennia ago, different islands dotted the coast.

Many of today’s animals would be found in those woods — birds, squirrels, deer, wolves, black bears — but there would be a few dramatic additions. To learn about those, we turn to the mystery of the pronghorn.

The modern pronghorn (American antelope) presents a puzzle. It’s a fast runner — in fact, it’s much faster than it needs to be. It can run at 55 mph, and sustain that speed over long distances. Yet its fastest predators, wolves and coyotes, barely break 35 mph in a sprint. Why did the pronghorn evolve such speed?

The answer is that the world in which the pronghorn evolved was a much more dangerous place than ours. A hundred thousand years ago, North American woods were home to Canis dirus (the dire wolf ), Arctodus (the short-faced bear), and Smilodon fatalis (sabre-toothed cat), each of which may have been faster and deadlier than modern predators. All died out in the Quaternary extinction event, which occurred shortly after the first humans colonized the continent [11].

If we go back a little further, we will meet another frightening predator.

A million years ago, before the most recent great episode of glaciations, the world was fairly warm. It was the middle of the Quaternary period; the great modern ice ages had begun several million years earlier, but there had been a lull in the advance and retreat of the glaciers, and the climate was relatively stable.

The predators we met earlier, the fleet-footed creatures who may have preyed on the pronghorn, were joined by another terrifying carnivore, a long-limbed hyena that resembled a modern wolf. Hyenas were mainly found in Africa and Asia, but when the sea level fell, one species crossed the Bering Strait into North America. Because it was the only hyena to do so, it was given the name Chasmaporthetes, which means “the one who saw the canyon.”

Next, Mark’s question takes us on a great leap backward in time.

A billion years ago, the continental plates were pushed together into one great supercontinent. This was not the well-known supercontinent Pangea — it was Pangea’s predecessor, Rodinia. The geologic record is spotty, but our best guess is that it looked something like this:

In the time of Rodinia, the bedrock that now lies under Manhattan had yet to form, but the deep rocks of North America were already old. The part of the continent that is now Manhattan was probably an inland region connected to what is now Angola and South Africa.

In this ancient world, there were no plants and no animals. The oceans were full of life, but it was simple single-cellular life. On the surface of the water were mats of blue-green algae.

These unassuming critters are the deadliest killers in the history of life.

Blue-green algae, or cyanobacteria, were the first photosynthesizers. They breathed in carbon dioxide and breathed out oxygen. Oxygen is a volatile gas; it causes iron to rust (oxidation) and wood to burn (vigorous oxidation). When cyanobacteria first appeared, the oxygen they breathed out was toxic to nearly all other forms of life. The resulting extinction is called the oxygen catastrophe.

After the cyanobacteria pumped Earth’s atmosphere and water full of toxic oxygen, creatures evolved that took advantage of the gas’s volatile nature to enable new biological processes. We are the descendants of those first oxygen-breathers.

Many details of this history remain uncertain; the world of a billion years ago is difficult to reconstruct. But Mark’s question now takes us into an even more uncertain domain: the future.

Eventually, humans will die out. Nobody knows when, [12] but nothing lives forever. Maybe we’ll spread to the stars and last for billions or trillions of years. Maybe civilization will collapse, we’ll all succumb to disease and famine, and the last of us will be eaten by cats. Maybe we’ll all be killed by nanobots hours after you read this sentence. There’s no way to know.

Without us, Earth’s geology will grind on. Winds and rain and blowing sand will dissolve and bury the artifacts of our civilization. Human-caused climate change will probably delay the start of the next glaciation, but we haven’t ended the cycle of ice ages. Eventually, the glaciers will advance again. A million years from now, few human artifacts will remain.

Our most lasting relic will probably be the layer of plastic we’ve deposited across the planet. By digging up oil, processing it into durable and long-lasting polymers, and spreading it across the Earth’s surface, we’ve left a fingerprint that could outlast everything else we do.

Our plastic will become shredded and buried, and perhaps some microbes will learn to digest it, but in all likelihood, a million years from now, an out-of-place layer of processed hydrocarbons — transformed fragments of our shampoo bottles and shopping bags — will serve as a chemical monument to civilization.

The Sun is gradually brightening. For three billion years, a complex system of feedback loops has kept the Earth’s temperature relatively stable as the Sun has grown steadily warmer.

In a billion years, these feedback loops will have given out. Our oceans, which nourished life and kept it cool, will have turned into its worst enemy. They will have boiled away in the hot Sun, surrounding the planet with a thick blanket of water vapor and causing a runaway greenhouse effect. In a billion years, Earth will become a second Venus.

As the planet heats up, we may lose our water entirely and acquire a rock vapor atmosphere, as the crust itself begins to boil. Eventually, after several billion more years, we will be consumed by the expanding Sun.

The Earth will be incinerated, and many of the molecules that made up Times Square will be blasted outward by the dying Sun. These dust clouds will drift through space, perhaps collapsing to form new stars and planets.

If humans escape the solar system and outlive the Sun, our descendants may someday live on one of these planets. Atoms from Times Square, cycled through the heart of the Sun, will form our new bodies.

Buy What If, really, do it.

[1] Also known as the Delaware.
[2] Also known as cougars.
[3] Also known as pumas.
[4] Also known as catamounts.
[5] Also known as panthers.
[6] Also known as painted cats.
[7] Although you might not see the clouds of trillions of pigeons encountered by European settlers. In his book 1491, Charles C. Mann argues that the huge flocks seen by European settlers may have been a symptom of a chaotic ecosystem perturbed by the arrival of smallpox, bluegrass, and honeybees.
[8] That is, the current site of Yonkers. It probably wasn’t called “Yonkers” then, since “Yonkers” is a Dutch-derived name for a settlement dating to the late 1600s. However, some argue that a site called “Yonkers” has always existed, and in fact predates humans and the Earth itself. I mean, I guess it’s just me who argues that, but I’m very vocal.
[9] Though with fewer billboards.
[10] Well, had been. We’re putting a stop to that.
[11] If anyone asks, total coincidence.
[12] If you do, email me.

Down Under: In A Sunburned Country
Tags: algae, antelope, back to the future, central park, colonialism, manhattan, new york, randall munroe, time machine, times square, what if, wolves, xkcd