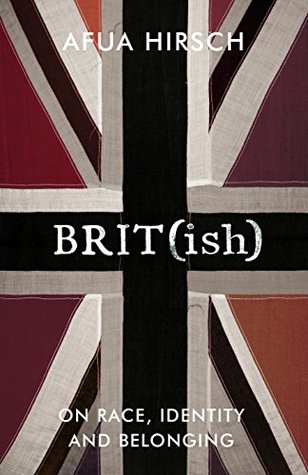 I realised that I had what Sam did not. Even when it’s quite clear that people around me are conscious that I’m different, because of how I look, I know exactly how to reassure them. I’ve been conditioned in the art of English manners, politeness, harmless banter and casual charm my whole life; at the dinner table with my parents, in the classroom with my teachers, in my tutors’ studies, dining at the Inns of Court, in training for the Bar, at chambers parties, newspaper after-work drinks, and countless other social settings where you learn to send the subliminal message: don’t worry about the fact that I’m black, I won’t make you feel uncomfortable. I may be brown, my hair is a texture you don’t understand, I have a name you struggle to pronounce, but it’s OK – I am completely non-threatening, I am brown, but safe.

I also realised that Sam had what I did not: absolutely zero desire to make himself appealing, non-threatening and safe. Sam and his peers spoke their own language, and had their own value system, their own subculture, their own music, their own aesthetic and fashion ideals. It had nothing to do with the white, middle-class world of Wimbledon and beyond, and it wasn’t interested in making itself palatable to that world either. From where I was standing, what Sam had was a coherent, multidimensional identity which was unequivocally his. It was black, and it was proud. I dreamed of this certainty, and I was drawn to it, with a gravitational pull.

As well as growing up in a cultural hub of black Britishness, Sam had a Ghanaian identity that was equally strong. Whereas I had diligently studied Ghanaian history and culture, accumulated African novels, spent time in Accra conducting ‘field research’ for my thesis on the role of Ghanaian women in politics, Sam had absorbed Ghanaian culture by osmosis. The books he read were about becoming effective, successful and transcending your environment. I don’t think, when I met him, he had ever read a single book about Africa. He didn’t need to; he was steeped in it, soaked in the stories circulated among the smells of deep-frying spiced plantain and okra stewing. He was, like most of his friends, second generation, British-born but fluent in his parents’ culture, and he
learned to navigate British institutions on their behalf – as linguistic or cultural interpreters for their parents’ generation who never adapted and always intended to return ‘home’.

The first time I went to Sam’s family home, I wondered why I had travelled so many thousands of miles to experience Ghana, when I could have just gone a few miles across town. It even smells like Ghana – fermented corn and fried onions, dried shrimp and palm oil. On the weekends, Sam’s mother, Joy, does not cook European food, but sits on a low Ashanti stool in the kitchen, just as women do in the village, pounding fufu or some other somniferous dumpling that will later be eaten by hand, scooping up spicy, oily, watery soup. Food always seems to be cooking, relatives showing up, unannounced, sometimes to sit and talk, sometimes to stay, the extended family undifferentiated from the nucleus. On Saturdays they go to weddings, christenings and funerals, on Sundays they go to church, ‘holidays’ are trips to Ghana, to inspect the house that their wages have been ploughed into building, each £100 saved up dispatched by Western Union to acquire another pile of bricks. Delivering on the bargain to the relatives that helped them to reach the UK in the first place is more important than spending money on themselves.

This is the mentality behind many of the immigrants I know who live in Britain; this is how many were able to come. Their families made sacrifices so that they could make the journey here; back home, you invest in your children, your siblings, your nieces and nephews by educating them, marrying them off or paying for their travel to the UK, then they are meant to return with their pounds, and take care of you. Sam sometimes describes his house as an ‘underground railroad’. When he was young and there were three children living there, a good number of newly arrived relatives from Ghana seemed to end up on the sofa or living-room floor, filling up the precious little space there was with their visa struggles and remittance burdens. Money was scarce, but Ghanaian culture, heritage and chaos were abundant.

When I understood the reality of Sam’s upbringing, I couldn’t help but feel critical of the decisions made by the adults in his life. While I’d longed for the cultural certainty he took for granted, he experienced poverty I’d not even known existed. When I first met him, a 24-year-old graduate and semiprofessional athlete, he could not sleep unless there was a packet of biscuits, or some other high-calorie food, by his bed. He was still traumatised from all the years when he had gone to sleep hungry, not knowing where his next meal would come from. When as a teenager he became a talented football player, taking buses across north London into the suburban areas where his team trained, he would have nothing to eat or drink on the cold winter nights. His football coach took such pity at the holes in his football boots that he paid for new ones himself. Sam’s mother worked long hours so he had no parental supervision – no one to help with his schoolwork, to play with or nurture him on evenings and weekends, to go with him to parents’ evenings, to make sure he had the basics. And yet – I would protest – his mother had money to spare to send to Ghana. How could she think of providing for so many others, when her own children were going hungry? How could she make space for distant relatives from Ghana to stay in the house, while her own children didn’t have their own bedroom, or desk, or attention, or even toys?

Sam’s response was not what I expected. He said that when he had learned about my upbringing, in pretty, spacious, orderly Wimbledon, he said he felt sorry for me. The hardship he experienced – which I found so extreme – taught him valuable lessons about the essence of society, seen with a clarity only available to those at the bottom: a black boy with a low-paid, single parent, in a violent area, at a failing school. He would describe my world – where everything is centred on expectation, achievement, politeness, and the talking rituals of dinner parties, Sunday lunches, where things are spoken in sophisticated code – as fake. He took my inability to understand the communal mindset which saw his mother make these sacrifices as evidence that I’d been cut off from the most fundamental aspect of Ghanaian culture: the village, before the individual. He thought I had been raised to be selfish, always putting myself and my immediate family first. He thought I was lost. I will never forget the first time I told him I was writing this book, and exactly what it was about. He laughed and said, ‘You see – this is what I mean! What kind of black person feels they actually have to write a book about being black?’

I am the eternal outsider. In Wimbledon, I am the black girl. The more I asserted my black identity, the more of a threat I became to the prevailing order – that race is something unseen, unspoken of and unacknowledged in polite society. In Tottenham, I am the rich girl, who speaks ‘like a white person’, and has access to privilege and opportunity most people cannot imagine.