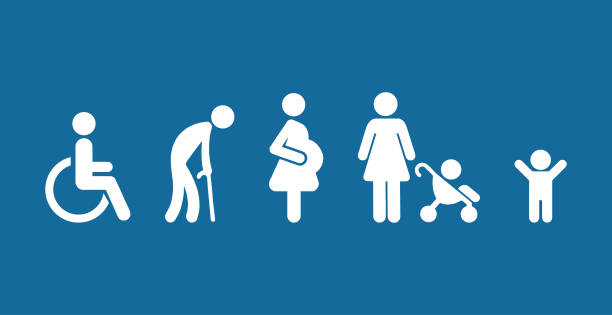 “Did you get anything good for your birthday?”

Hominy pointed to the blue-and-white cigarette-box-sized signs stickered under the windows that lined the front third of the bus.

Dickens used to celebrate Hominy’s birthday as a collective. Not that there were parades and key-to-the-city accolades, but people would congregate outside his home chanting “Yowza!” and armed with eggs, peashooters, and meringue pies. They’d take turns ringing the doorbell. And when he answered, they’d shout, “Happy birthday, Hominy!” and hurl pastries and chicken ovum at his shiny black face. Ecstatic, he’d wipe himself clean, change clothes, and prepare himself for the next celebratory band of well-wishers, but when the city disappeared, so did the birthday tradition. It became just me knocking on his door and asking Hominy what he wanted for his birthday this year. His answer was always the same: “I don’t know. Just get me some racism and I’ll be straight.” Then he’d look to see if I was hiding a rotten tomato or a sack of flour behind my back. Some boys come round here and smush ’matoes in yo face? Usually I’d buy him some black Americana tchotchke. Two porcelain banjo-playing pickaninnies picking tunes underneath the Wisteria Tree, an Obama sock monkey, or a pair of eyeglasses that invariably slide down the bridges of African-American and Asian noses.

But when I’d noticed that Hominy and Rodney Glen King shared the same birthday, April 2, it dawned on me that if places like Sedona, Arizona, have energy vortexes, mystical holy lands where visitors experience rejuvenation and spiritual awakenings, Los Angeles must have racism vortexes. Spots where visitors experience deep feelings of melancholy and ethnic worthlessness. Places like the breakdown lane on the Foothill Freeway, where Rodney King’s life, and in a sense America and its haughty notions of fair play, began their downward spirals. Racial vortices like the intersection of Florence and Normandie, where misbegotten trucker Reginald Denny caught a cinder block, a forty-ounce, and fucking centuries of frustration to the face. Chavez Ravine, where a generations-old Mexican-American neighborhood was torn down, its residents forcibly removed, beaten, and left uncompensated to make room for a baseball stadium with ample parking and the Dodger Dog. Seventh Street, between Mesa and Centre, is the vortex where in 1942 a long line of buses idled as Japanese-Americans began the first step toward mass incarceration. And where would Hominy be most happy but on the #125 bus rolling through Dickens, a racial vortex unto itself. His seat on the right-hand side, three rows from the front door, the spinning epicenter of racism.
The signs were such good replicas, most people didn’t notice the difference, and even after you “read” them, your comprehension tricked you into thinking the signs said what they’d always said, PRIORITY SEATING FOR SENIORS AND THE DISABLED, and although it was the first, the yogi’s complaint wouldn’t be the only one Marpessa fielded that day. Once the black cat was out of the bag, all shift long the passengers bitched and moaned. Pointed to the stickers and shook their heads, not so much from disbelief that the city had the nerve to reinstitute public segregation, but that it had taken so long to do so. The complimentary slices of Baskin-Robbins Oreo Cookie Cake, the airplane jiggers of J&B Brandy, and her blasé disclaimer, “It’s Los Angeles, the most racist city in the world, what the fuck you going do?” only went so far in assuaging their anger.

“That’s some bullshit!” a man shouted before asking for more cake and drink. “And to be perfectly frank, I’m offended.”

“What does that mean, I’m offended?” I asked the unrequited love of my life, talking to her through the panoramic rearview mirror. It hadn’t been hard to convince Marpessa to convert the #125 bus into a rolling party center, she loved Hominy as much as I did. And a promised first edition of Baldwin’s Giovanni’s Room didn’t hurt either. “It’s not even an emotion. What does being offended say about how you feel? No great theater director ever said to an actor, ‘Okay, this scene calls for some real emotion, now go out there and give me lots of offendedness!’”

Marpessa worked the stick shift knob with her fingerless leather-gloved hand with such forceful dexterity I found myself fidgeting in my seat.

“That’s saying a lot coming from a callow farm boy who’s never been offended in his life because his head’s too high in the clouds.”

“That’s because if I ever were to be offended, I wouldn’t know what to do. If I’m sad, I cry. If I’m happy, I laugh. If I’m offended, what do I do, state in a clear and sober voice that I’m offended, then walk away in a huff so that I can write a letter to the mayor?”

“You’re a sick fuck, and those damn signs you made have fucking set black people back five hundred years.”

“And another thing, how come you never hear anyone say, ‘Wow, you’ve pushed black people ahead five hundred years’? How come no one ever says that?”

“You know what you are? A fucking race pervert. Crawling through people’s backyards and smelling their dirty laundry, while you jack off cross-dressed as a fucking white man. It’s the goddamn twenty-first century, people died so I could get this job, and I let your sick ass talk me into driving a segregated bus.”

“Correction. It’s the twenty-sixth century, because as of today I’ve set black people five hundred years ahead of everybody else on the planet. And besides, look how happy Hominy is.”

Marpessa glanced up at the mirror and snuck a peek at the birthday boy.

She was right, Hominy didn’t necessarily look happy, but neither do motorcycle daredevils standing atop fifty-foot-high jump ramps, revving their engines and staring out at the desert expanse and precipitous drop that is Gila Monster Canyon. Yet, as he stood on the lookout for one of his Caucasian betters, gripping the seatback in front of him, nervously scanning his surroundings like some suicidal gazelle looking over the Serengeti for a jungle cat to whom he could sacrifice himself, one has to understand that death-defying feats are their own reward, and of course, when a rare white lioness boarded the bus at Avalon Boulevard and dropped her exact change in the fare box coin by carefully counted-out coin, Hominy, the skittish nigger-gazelle, was looking in the wrong direction, oblivious to the signals from the rest of the herd that a predator was on board. The hushed silence. The raised eyebrows. The wrinkled noses. When he finally did catch the woman’s scent, it was almost too late. She hovered over him, stalking her prey from behind an elephantine man dressed from head to toe in basketball gear and reading a sports magazine. Eventually, the aging early-warning system inside Hominy’s nappy head screamed, “Look out! A white bitch!” and he snapped to “Yes, ma’am” attention. And without being asked or ordered, Hominy relinquished his seat in a manner so obsequious, so unctuously Negro, that the act was less an offer of his place than a bequeathal. Because to him that seat, as hard and plastic and orange-brown as it was, was her birthright, and his gesture was a tribute, a long-overdue payment to the gods of white superiority. If he could have figured out a way to stand up on bended knee, he would have.

If a smile is just a frown turned upside down, then the look of contentment on Hominy’s face as he shuffled to the back of the bus was a pout turned inside out. I think that in part it’s why no one protested his actions. We recognized the face he was wearing as a mask from our own collections. The happy mask we carry in our back pockets, and like bank robbers whip out when we want to steal some privacy or make an emotional getaway. It took all my self-control not to beg the woman to do me the honor of sitting in my seat. Sometimes I think that inert, cigar-store Indian wooden smirk is the result of natural selection. That it’s “survival of the witless,” and we’re the black moths in that classic evolution photo, clinging to the dark, soot-covered tree, invisible to our predators and yet somehow still vulnerable. The job of the swarthy moth is to keep the white moth occupied. Glued to the tree with bad poetry, jazz, and corny stand-up routines about the difference between white moths and black moths. “Why do white moths always be flying toward lights, slamming into screen doors, and shit? You never see black moths do that. Stupid fluttering motherfuckers.” Anything to keep the white moth next to us and thereby reducing our chances of being targets for birds of prey, the volunteer army, or Cirque de Soleil. It always bothered me that in those photos, the white moth was invariably higher up the tree trunk. What were those textbooks trying to imply? That despite supposedly being more at risk, the white moth was still higher up the evolutionary and social ladder? Regardless, I suppose that black moth wore the same face Hominy did, that subservient countenance inherent in all black lepidoptera and people. That autonomic eager-to-please response that’s triggered anytime you’re approached in a store and asked, “Do you work here?” The face worn every moment you’re on the job and not in the bathroom stall, the face flashed to the white person who saunters by and patronizingly pats you on the shoulder and says, “You’re doing a fine job. Keep up the good work.” The face that feigns acknowledgment that the better man got the promotion, even though deep down you and they both know that you really are the better man and that the best man is the woman on the second floor.