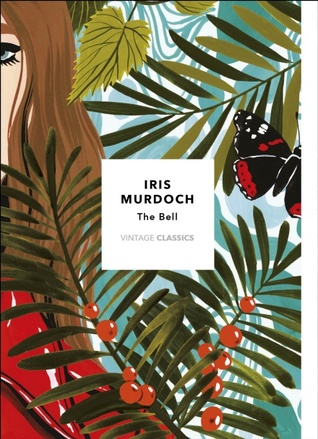 Since her arrival at Imber she had not for one second seriously contemplated leaving. But now, driven by this fit of solipsistic melancholy one degree more desperate, she felt the need of an act: and it seemed that there was only one act which she could perform, to take the train to London. The idea sent the blood rushing to Dora’s head. She felt her cheeks hot, her heart beating: at once more real. She put on her coat and examined her handbag. She had plenty of money. Nothing stopped her from going, she was free. She sat down on the bed.

Ought she to go? Paul would be very upset. But in fact her relations with Paul had been so wretched lately, they could hardly be worse, and she reflected vaguely that the shock might do him good. More deeply, she felt a wish to punish him. He had been, during the last two days, consistently unpleasant to her. Dora felt the need to show him that she could still act independently. She was not his slave. Yes, she would go: and the idea, now it existed more fully for her, was delightful. She would not stay long of course – perhaps not even overnight. She would make no drama of it. She would come back, jauntily, casually, almost at once. She needn’t plan that now. But what a tonic it would be for her – and what a slap in the face for Imber! She packed a small bag and set off unobtrusively on foot for the station, leaving a note saying ‘Gone to London’.

Dora had of course not troubled to inform herself about trains. It turned out, however, that she was lucky and no sooner had she arrived, rather breathless, at the station than a fast London train came in. She was amazed to find, when she stepped out onto the platform at Paddington, that it was not yet midday. She stood for a while and let the crowds course round her, delighting in the rush and jostling, the din of voices and trains, the smells of oil and steam and dirt, the grimy hurly-burly and kind, healing anonymity of London. Already she felt more herself. Then she went to a telephone box and rang Sally’s number. Sally, who was now teaching at a primary school, was at home at irregular times and might just be caught. But there was no answer. Dora felt both glad and sorry since she could now with a clearer conscience telephone Noel.

Noel was in. His voice over the wire sounded delighted, ecstatic. She must come to lunch, she must come round at once, the place was full of delicious things, he had no work that afternoon, nothing could be nicer. Overjoyed, Dora jumped into a taxi. She soon arrived at the house where Noel lived, a great cream-coloured early Victorian mansion with an immense portico in a tree-shaded cul-de-sac near the Brompton Road. Noel lived in the top flat.

The meeting was enthusiastic. Dora could hardly get through the door fast enough. She hurled herself into Noel’s arms. He swung her round, lifted her off her feet, threw her onto the sofa, and bounded about her like a large dog. They were laughing and talking at once at the tops of their voices. Dora was quite astounded at how pleased she was: ‘Gosh!’ she cried, ‘All that noise does me good.’

‘No wonder,’ said Noel, ‘after that ghastly convent. Let me look at you. Yes, paler, thinner. Dear darling, I am so glad to see you!’ He pulled her to her feet and kissed her boisterously.

Dora looked up at him. She touched his plain, irregular features, pulled his floppy colourless hair, and squeezed his enormous friendly hands. How very large he was. And my God, he was easy on the nerves. ‘Give me a drink,’ she commanded.

Noel’s flat was modern. A grey fitted carpet covered all the floors. White painted book-cases contained books on economics and foreign travel. Three walls were yellow and the fourth covered with a black and white paper that looked like a grove of bamboos. Everything was shining and very clean. A hi-fi gramophone in light walnut, piled high with a glossy litter of long-playing records, occupied one corner. The enormous divan was covered with a Welsh bedspread of geometrical design and garnished with innumerable cushions of different greens. The chairs were made of curly sagging steel and exquisitely comfortable. As she heard the chink of ice cubes and smelt the aroma of the lemons which Noel was slicing with a sharp knife Dora spread out her arms. Noel made her feel that it was no scandal to go on being young. She announced, ‘I’m going to have a bath.’

‘Darling, you do that small thing!’ said Noel. ‘I’ll bring you your drink in the bathroom. I suppose the sybaritic practice of bathing was forbidden at the convent.’

At Imber the immersion heater was turned on twice a week and a bath list, pinned to the notice board by Mrs Mark, made known the order of priority. Dora, who was only interested in baths as a luxury and not as a necessity had missed hers. Now in Noel’s pink and white bathroom she was running the steamy water, pouring in the odoriferous bath salts, and seeking in the airing cupboard for a warm and downy towel. She was already in when Noel arrived with the cocktail.

‘Now tell me all about it,’ said Noel, sitting on the edge of the bath. ‘Was it hell?’

‘It’s not too bad actually,’ said Dora. ‘I’m only up here for the day, you know. I felt I needed a change. All the people are nice. I haven’t seen any nuns yet, except one that lives outside. But there’s a horrible feeling of being watched and organized.’