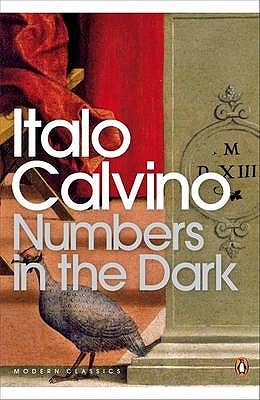 The Man Who Shouted Teresa

I stepped off the pavement, walked backwards a few paces looking up, and, from the middle of the street, brought my hands to my mouth to make a megaphone, and shouted toward the top stories of the block: “Teresa!”

My shadow took fright at the moon and huddled at my feet.

Someone walked by. Again I shouted: “Teresa!” The man came up to me and said: “If you do not shout louder she will not hear you. Let’s both try. So: count to three, on three we shout together.” And he said: “One, two, three.” And we both yelled, “Tereeeesaaa!”

A small group of friends passing by on their way back from the theater or the café saw us calling out. They said: “Come on, we will give you a shout too.” And they joined us in the middle of the street and the first man said one to three and then everybody together shouted, “Te-reee-saaa!”

Somebody else came by and joined us; a quarter of an hour later there were a whole bunch of us, twenty almost. And every now and then somebody new came along.

Organizing ourselves to give a good shout, all at the same time, was not easy. There was always someone who began before three or who went on too long, but in the end we were managing something fairly efficient. We agreed that the “Te” should be shouted low and long, the “re” high and long, the “sa” low and short. It sounded fine. Just a squabble every now and then when someone was off.

We were beginning to get it right when somebody, who, if his voice was anything to go by, must
have had a very freckled face, asked: “But are you sure she is home?”

“No,” I said.
“That is bad,” another said. “Forgotten your key, have you?”
“Actually,” I said, “I have my key.”
“So,” they asked, “why don’t you go on up?”
“I don’t live here,” I answered. “I live on the other side of town.”
“Well, then, excuse my curiosity,” the one with the freckled voice asked, “but who lives here?”
“I really wouldn’t know,” I said.
People were a bit upset about this.
“So, could you please explain,” somebody with a very toothy voice asked, “why you are down here calling out Teresa.”
“As far as I am concerned,” I said, “we can call out another name, or try somewhere else if you like.”
The others were a bit annoyed.
“I hope you were not playing a trick on us,” the freckled one asked suspiciously.
“What,” I said, resentfully, and I turned to the others for confirmation of my good faith. The others said nothing.
There was a moment of embarrassment.
“Look,” someone said good-naturedly, “why don’t we call Teresa one more time, then we go home.”

So we did it one more time. “One two three Teresa!” but it did not come out very well. Then people headed off for home, some one way, some another.

I had already turned into the square when I thought I heard a voice still calling: “Tee-reee-sa!”

Someone must have stayed on to shout. Someone stubborn.