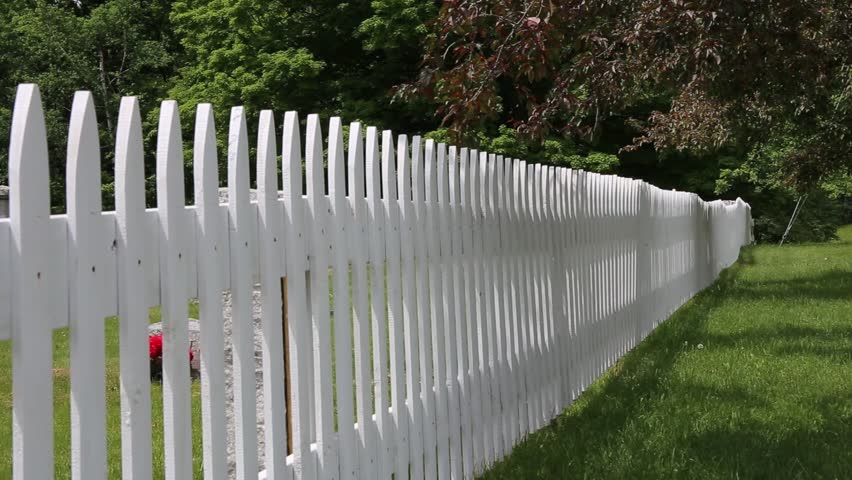 Mary Ann tells me you’re going to help with the fence.
Yes, sir.
There’s not that much of it – shouldn’t take too long.
They both looked at the fence, about sixty feet of white pickets that ran along the sidewalk. Mary Ann came out on the porch and mimed the word Hi.
Captain McCoy said, Would you mind picking up the paint? It’s that Glidden store down on California. Just give ’em my name. He opened his car door, then looked at the fence again. Scrape her good. That’s the secret. Give her a good scraping and the rest’ll go easy. And try not to get any paint on the grass.
Mary Ann came through the gate and waved as her parents drove off. She said that they were going over to Bremerton to see her grandmother. Well, she said. You want some coffee or something?
I’m fine.
He followed her up the walk. She had on cut-offs. Her legs were very white and they flexed in a certain way as she climbed the porch steps. Captain McCoy had set out two scrapers and two brushes on the railing, all four of them exactly parallel. Mary Ann handed Gilbert a scraper and they went back to the fence. What a day! she said. Isn’t it the most beautiful day? She knelt to the right of the gate and began to scrape. Then she looked back at Gilbert watching her and said, Why don’t you do that side over there?
There wasn’t much to scrape, some blisters, a few peeling patches here, and there. This fence is in good shape, Gilbert said. How come you’re painting it?
It goes with the front. When we paint the front, we always paint the fence.
It doesn’t need it. All it needs is some retouching.
I guess. Dad wanted us to paint it, though. He always paints it when he paints the front.
Gilbert stopped, looked behind him at the gleaming white house, the bright weedless lawn trimmed to the nap of a crewcut.
Guess who called this morning, Mary Ann said.
Who?
Rafe! There was a big storm coming in so they left early. He’ll be back tonight. He sounded really great. He said to say hi.
Gilbert ran the scraper up and down a picket.
It was so good to hear his voice, Mary Ann said. I wish you’d been here to talk to him.
A kid went by on a bicycle, cards snapping against his spokes.
We should do something, Mary Ann said. Surprise him. Maybe we could take the car over to the house, be waiting out front when he gets back. Wouldn’t that be great?
I wouldn’t have any way to get home.
Rafe can give you a ride.
Gilbert sat back and watched Mary Ann. She was halfway down her section of the fence. He waited for her to turn and face him. Instead she bent over to work at a spot near the ground. Her hair fell forward, exposing the nape of her neck. Maybe you could invite someone along, Mary Ann said.
Invite someone. What do you mean, a girl?
Sure. It would be nice if you had a girl. It would be perfect.
Gilbert threw the scraper against the fence. He saw Mary Ann freeze. It would not be perfect, he said. When she still didn’t turn around he stood and went up the walk and through the house to the kitchen. He paced back and forth. He went to the sink, drank a glass of water, and stood with his hands on the counter. He saw what Mary Ann was thinking of, the two of them sitting in the open car, herself jumping out as Rafe pulled up, the wild embrace. Rafe unshaven, reeking of smoke and nature, a little abashed at all this emotion in front of his father but pleased, too, and amused. And all the while Gilbert looking coolly on, hands in his pockets, ready to say the sly mocking words that would tell Rafe that all was as before. That was how she saw it going. As if nothing had happened.
Mary Ann had just about finished her section when Gilbert came back outside. I’ll go get the paint, he told her. I don’t think there’s much left to scrape on my side, but you can take a look.
She stood and tried to smile. Thank you, she said.
He saw that she had been in tears, and this did not soften him but confirmed him in his purpose.

Mary Ann had already spread out the tarp, pulling one edge under the fence so the drips wouldn’t fall on the grass. When Gilbert opened the can she laughed and said, Look! They gave you the wrong colour.
No, that’s exactly the right colour.
But it’s red. We need white. Like it is now.
You don’t want to use white, Mary Ann. Believe me.
She frowned.
Red is the perfect colour for this. No offence, but white is the worst choice you could make.
But the house is white.
Exactly, Gilbert said.