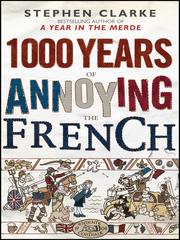 Before 1066, the issue troubling the inhabitants of what is now Britain was not ‘Will I get a decent pension?’ or ‘How much is my house worth?’ It was more along the lines of ‘When will a horde of axe-wielding murderers come charging across the horizon to rape the women and steal the cattle (or in the case of certain Viking tribes the other way round)?’
If people didn’t starve to death because of famine or pillage, if they managed to get the harvest in and have time to eat it, life was good. And to give themselves a reasonable chance of enjoying this luxury, what they needed most was a strong king. Someone who would tax them half to death but who might just keep them alive long enough to pay the taxes – a lot like modern governments, in fact.
In the ninth century, Britain had just such a king: Alfred. By maintaining a permanent fleet and a highly trained army, Alfred managed to keep England – or the portion he governed, up as far as the Midlands – free of Viking raiders. In fact, Alfred earned the title ‘the Great’ because of the way he transformed these raids on Britain from violent treasure hunts into suicide missions.
The upshot was that the Vikings, understandably frustrated at losing a sizeable chunk of their income, decided to sail a few miles further south and pillage France, where much easier pickings were to be had. So easy, in fact, that the Vikings set up bases on the French coast from which to raid inland – sort of pillaging resorts. Soon, the whole region was so unstable that the King of France was forced to pacify the invaders by ceding a large slab of territory to these ‘men of the north’. And in the year 911 the region officially became the country of the Norsemen, or Normandy.
In short, Normandy owed its existence to an Englishman who deflected invaders away from Britain and over to France. An auspicious start.
Despite what a modern Parisian might tell you, the Normans weren’t French at all. Calling a tenth- or eleventh-century Norman a Frenchman would have been a bit like telling a Glaswegian he’s English, and we all know how dangerous that can be.