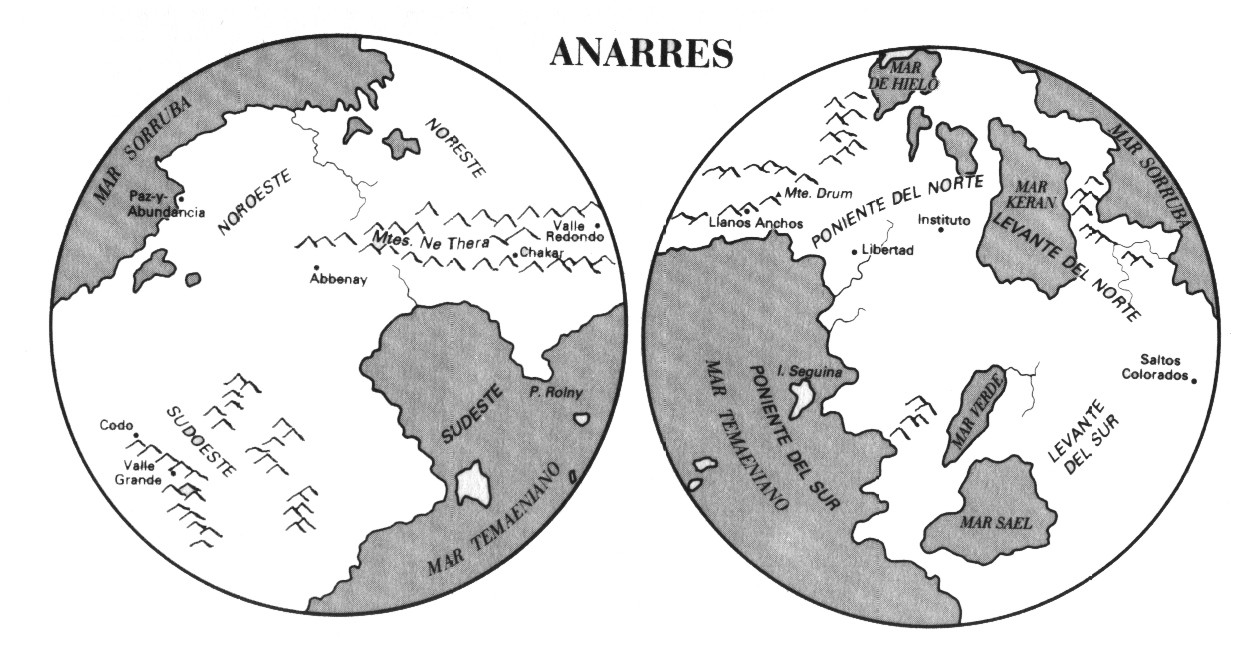 The ship itself, and Kimoe’s mind, were his microcosm. There were no books aboard the Mindful, the officers avoided Shevek, and the crewmen were kept strictly out of his way. As for the doctor’s mind, though intelligent and certainly well-meaning, it was a jumble of intellectual artifacts even more confusing than all the gadgets, appliances, and conveniences that filled the ship. These latter Shevek found entertaining; everything was so lavish, stylish, and inventive; but the furniture of Kimoe’s intellect he did not find so comfortable. Kimoe’s ideas never seemed to be able to go in a straight line; they had to walk around this and avoid that, and then they ended up smack against a wall. There were walls around all his thoughts, and he seemed utterly unaware of them, though he was perpetually hiding behind them. Only once did Shevek see them breached, in all their days of conversation between the worlds.

He had asked why there were no women on the ship, and Kimoe had replied that running a space freighter was not women’s work. History courses and his knowledge of Odo’s writings gave Shevek a context in which to understand this tautological answer, and he said no more. But the doctor asked a question in return, a question about Anarres. “Is it true, Dr. Shevek, that women in your society are treated exactly like men?”

“That would be a waste of good equipment,” said Shevek with a laugh, and then a second laugh as the full ridiculousness of the idea grew upon him.

The doctor hesitated, evidently picking his way around one of the obstacles in his mind, then looked flustered, and said, “Oh, no, I didn’t mean sexually – obviously you – they… I meant in the matter of their social status.”

“Status is the same as class?”

Kimoe tried to explain status, failed, and went back to the first topic. “Is there really no distinction between men’s work and women’s work?”

“Well, no, it seems a very mechanical basis for the division of labor, doesn’t it? A person chooses work according to interest, talent, strength – what has the sex to do with that?”

“Men are physically stronger,” the doctor asserted with professional finality.

“Yes, often, and larger, but what does that matter when we have machines? And even when we don’t have machines, when we must dig with the shovel or carry on the back, the men maybe work faster – the big ones – but the women work longer… Often I have wished I was as tough as a woman.”

Kimoe stared at him, shocked out of politeness. “But the loss of – of everything feminine – of delicacy – and the loss of masculine self-respect – You can’t pretend, surely, in your work, that women are your equals? In physics, in mathematics, in the intellect? You can’t pretend to lower yourself constantly to their level?”

Shevek sat in the cushioned, comfortable chair and looked around the officers’ lounge. On the viewscreen the brilliant curve of Urras hung still against black space, like a blue-green opal. That lovely sight, and the lounge, had become familiar to Shevek these last days, but now the bright colors, the curvilinear chairs, the hidden lighting, the game tables and television screens and soft carpeting, all of it seemed as alien as it had the first time he saw it.

“I don’t think I pretend very much, Kimoe,” he said.

“Of course, I have known highly intelligent women, women who could think just like a man,” the doctor said, hurriedly, aware that he had been almost shouting…