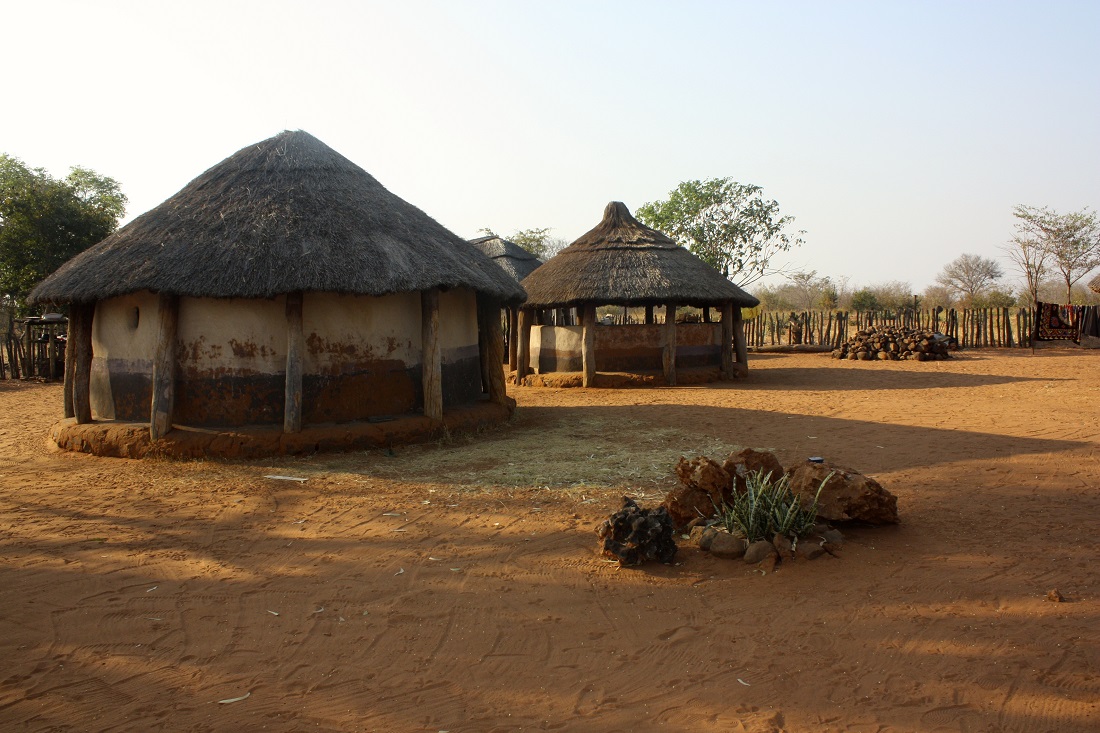 “Abame has been wiped out,” said Obierika. “It is a strange and terrible story. If I had not seen the few survivors with my own eyes and heard their story with my own ears, I would not have believed. Was it not on an Eke day that they fled into Umuofia?” he asked his two companions, and they nodded their heads.
“Three moons ago,” said Obierika, “on an Eke market day a little band of fugitives came into our town. Most of them were sons of our land whose mothers had been buried with us. But there were some too who came because they had friends in our town, and others who could think of nowhere else open to escape. And so they fled into Umuofia with a woeful story.” He drank his palm-wine, and Okonkwo filled his horn again. He continued:
“During the last planting season a white man had appeared in their clan.”
“An albino,” suggested Okonkwo.
“He was not an albino. He was quite different.” He sipped his wine. “And he was riding an iron horse. The first people who saw him ran away, but he stood beckoning to them. In the end the fearless ones went near and even touched him. The elders consulted their Oracle and it told them that the strange man would break their clan and spread destruction among them.” Obierika again drank a little of his wine. “And so they killed the white man and tied his iron horse to their sacred tree because it looked as if it would run away to call the man’s friends. I forgot to tell you another thing which the Oracle said. It said that other white men were on their way.
They were locusts, it said, and that first man was their harbinger sent to explore the terrain. And so they killed him.”
“What did the white man say before they killed him?” asked Uchendu.
“He said nothing,” answered one of Obierika’s companions.
“He said something, only they did not understand him,” said Obierika. “He seemed to speak through his nose.”
“One of the men told me,” said Obierika’s other companion, “that he repeated over and over again a word that resembled Mbaino. Perhaps he had been going to Mbaino and had lost his way.”
“Anyway,” resumed Obierika, “they killed him and tied up his iron horse. This was before the planting season began. For a long time nothing happened. The rains had come and yams had been sown. The iron horse was still tied to the sacred silk-cotton tree. And then one morning three white men led by a band of ordinary men like us came to the clan. They saw the iron horse and went away again. Most of the men and women of Abame had gone to their farms. Only a lew of them saw these white men and their followers. For many market weeks nothing else happened. They have a big market in Abame on every other Afo day and, as you know, the whole clan gathers there. That was the day it happened. The three white men and a very large number of other men surrounded the market. They must have used a powerful medicine to make themselves invisible until the market was full. And they began to shoot. Everybody was killed, except the old and the sick who were at home and a handful of men and women whose cbi were wide awake and brought them out of that market.” He paused.
“Their clan is now completely empty. Even the sacred fish in their mysterious lake have fled and the lake has turned the color of blood. A great evil has come upon their land as the Oracle had warned.”
There was a long silence. Uchendu ground his teeth together audibly. Then he burst out:
“Never kill a man who says nothing. Those men of Abame were fools. What did they know about the man?” He ground his teeth again and told a story to illustrate his point. “Mother Kite once sent her daughter to bring food. She went, and brought back a duckling. ‘You have done very well,’ said Mother Kite to her daughter, ‘but tell me, what did the mother of this duckling say when you swooped and carried its child away?’ ‘It said nothing,’ replied the young kite. ‘It just walked away.’ ‘You must return the duckling,’ said Mother Kite. ‘There is something ominous behind the silence.’ And so Daughter Kite returned the duckling and took a chick instead. ‘What did the mother of this chick do?’ asked the old kite. ‘It cried and raved and cursed me,’ said the young kite. ‘Then we can eat the chick,’ said her mother. ‘There is nothing to fear from someone who shouts.’ Those men of Abame were fools.”
“They were fools,” said Okonkwo after a pause. “They had been warned that danger was ahead. They should have-armed themselves with their guns and their machetes even when they went to market.”
“They have paid for their foolishness,” said Obierika, “But I am greatly afraid. We have heard stories about white men who made the powerful guns and the strong drinks and took slaves away across the seas, but no one thought the stories were true.”
“There is no story that is not true,” said Uchendu. “The world has no end, and what is good among one people is an abomination with others. We have albinos among us. Do you not think that they came to our clan by mistake, that they have strayed from their way to a land where everybody is like them?”