We Measure The Earth With Our Bodies 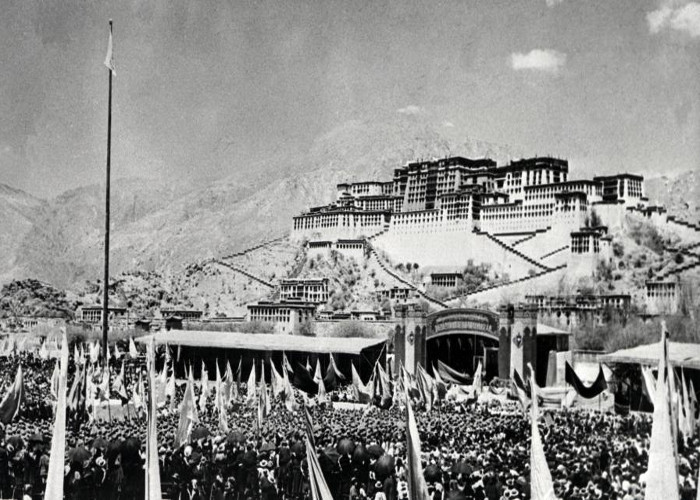 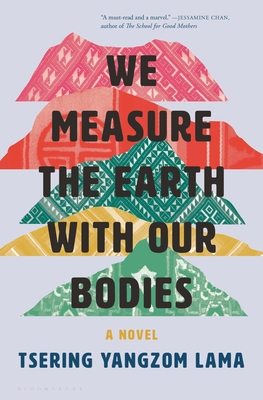 Ama was an oracle. The realization came to my mother late in life, when her monthly bleedings stopped and something else opened inside. Some in our village called it an affliction. They said there was a crack in her mind that left her open to spirits who would consume her. But Ama insisted it was a blessing to lend her body to the gods and allow them to speak through her. In time, everyone would listen, and the words of an otherwise ordinary woman would lead us through the coming troubles.

It wasn’t just my mother who had changed. Packs of wolves and rats swept through our valley. Next, there was an earthquake that tore a jagged line through our village monastery. Then, just as I was learning to speak, there came news that invaders had crossed our border, entering our land as two enormous snakes. In the distant town of Kardze, people watched them cross the river in long lines and burrow into the highlands. They wished to be called the People’s Liberation Army, but we knew them as the Gyami, a people from the lowlands to the east.

In the years that followed, rumors came like crows, even traveling as far west as our village. Although I was just a young girl, many of the rumors landed in my ears before anyone else in my family. My source was Lhaksam, my oldest friend. He worked as a servant to a traveling merchant who traded in gossip as much as iron pots and pans. In our free moments, Lhaksam and I wandered in the pastures with my little sister Tenkyi hanging on my back or flopping around in the grass. In those hills, Lhaksam told me the most shocking stories. Gyami soldiers had seized farmland in the east, and many of our people were now starving. No grain, no salt, no meat or even butter. I walked around in a daze after hearing this, unable to imagine life without butter. Lhaksam said that although it was quiet in our region, a resistance raged in the east, in places where iron birds circled the skies and bullets big and small rained down on entire towns, smashing bodies as if they were nothing but effigies made of dough, where rooftops were torn apart and no one could tell whether they had found the remains of a loved one or that of a stranger. But I did not tell my family these things. I never repeated them to anyone.

Then, last spring, our village heard of a terrifying ruse: a plan to lead the Precious One into the dragon’s home. Hearing about this trap, thousands of our people in Lhasa gathered outside the summer palace, forming a protective circle with their bodies. Even as the soldiers neared and the scent of gunpowder swirled in the air, our people refused to leave. To prevent a massacre, the Precious One disguised himself as a commoner and fled south by night to another country. So did the great Nechung Oracle, who had divined their escape route through the mountains. When the foreign troops learned that our leader had slipped away, they pierced the crowd with bullets and lined the streets with corpses.

After the Precious One left, the sun was erased from our skies. Flowers refused to bloom, and our yaks made no milk. In that darkness, every family in our village wondered if it was time to leave, to follow our leader to the lowlands until the day when it would be safe to return. Others recited a bleak, ancient prophecy: When the iron bird flies and horses run on wheels, the People of Snows will be scattered like ants across the face of the earth.

It was that day, nearly ten years after revealing that the gods had spoken to her, when Ama said to us, “Now is the time. I must give my body to the spirits.”

Sitting on the kitchen floor beside my sister, I watched my father’s face in the hearth’s glow. Pala remained still as we chewed on strips of dried meat that Ama had cured over the winter. I could see that our father was clearly picturing everything that would change for us, but after a long while, he frowned, showing all of his new wrinkles at once, and nodded in agreement. By morning, our entire village had heard that Ama would begin the rites for instructing the gods. She would finally call them down to her.