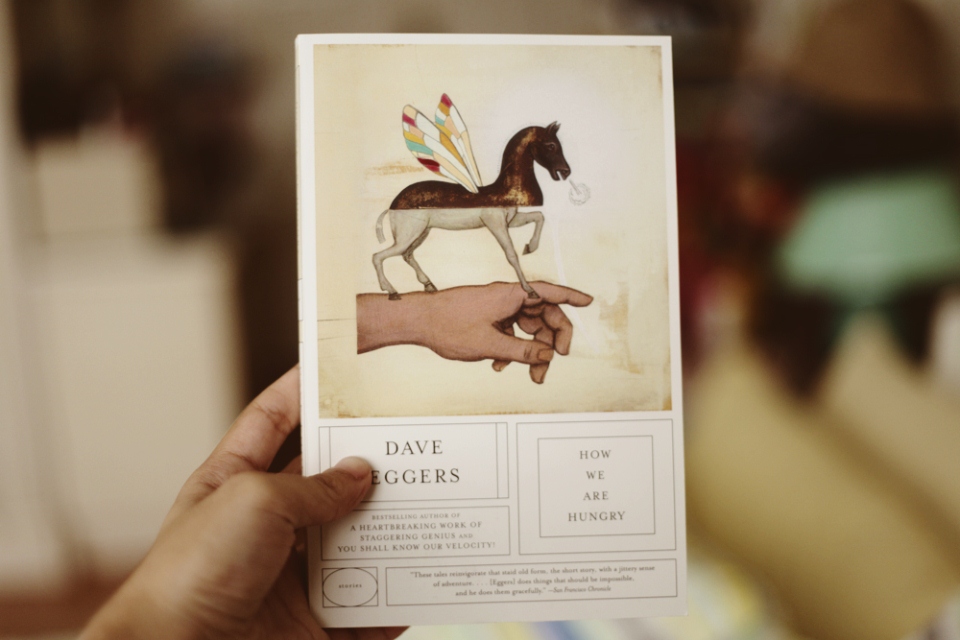 I asked her if she worried about losing her job, if she was caught on film. I put my knuckle to my lips.
“Not really,” she said. “There are lots of jobs. There are so many things to do. Too damned many, really. It might be time to move anyway. This town is choking me.”
She laughed with her eyes closed. I laughed and watched her. I knew then that I would get her a job where I worked that she and I would become closer, that I would know the things I wanted to know about her.
We sat on the curb.
Near us a bearded man’s sign said “Friend of the Earth.”
Erin pointed to him. “He’s a friend of the Earth,” she said.
A couple walked by, young and holding hands, wearing black handkerchiefs over their faces. Erin’s face darkened, “I have to get out of this country for a while,” she said.

That was more than two years ago. Now, in our small plastic-smelling car we skittered around Edinburgh’s glowering black fortress. Up the hill and through the castle’s parking lot running and squealing in the rain and once within the thick stone walls we took a tour elucidating the history of the country’s crown jewels. We made very, very funny jokes about these crown jewels, and the role of the peasant women in protecting and hiding them. We watched footage of Scottish soldiers from WWII, maybe it was WWI, thought most of the film involved the soldiers standing around smoking pipes. The old speedy film made them seem nervous, their movements bird-like. There was a long stretch of the soldiers in kilts, dancing two by two, arms hooked, on an outdoor stage, presumably to entertain their colleagues. Spinning, twirling, sometimes with one hand above their heads, sometimes one over their bellies – it’s hard to explain.
“They don’t teach soldiers to dance like they used to,” Erin said.
Every man in the film was dead by now. When I was very young I couldn’t watch anything black and white on TV because I knew the people moving were now dust.

Homesick for Another World
Tags: black and white, dancing, dave eggers, death, dust, edinburgh, friends of the earth, how we are hungry, job, soldiers, spinning, tv