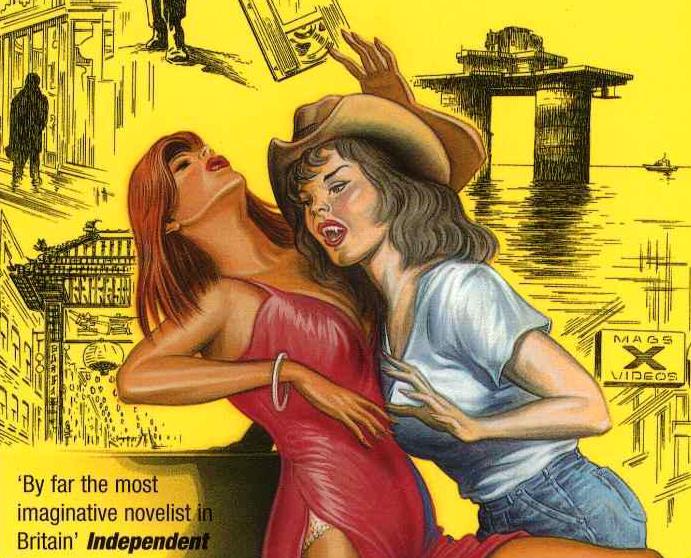 Suspension of disbelief is the first step in doing anything hitherto thought impossible. Yes. I keep telling myself that. I’m Istvan Fallok and I believe that I’m going to reconstitute Justine Trimble from the magnetised particles of a videotape. I believe it because when I saw her on that video it hit me like a bolt of lightning. Wham, I was in love. Irving Goodman’s an OK guy and he’s in love with Justine too but if I can make this happen she’s going to be mine, not his.

Right, let’s get practical. Google tells me that videotape is composed primarily of three components: magnetic (metal oxide) particles, a polyurethane-based binder, and a polyester base material. Particles yes. Particles and waves. Diffraction gratings. Particles in suspension. Particles in a suspension of disbelief. Waves of aggravation and frustration. Light comes through the grating as waves or particles. Interference patterns. Light. Justine on the video is made of light.

Wait a minute. Let’s think this thing through. Do I want to bring Justine to me or do I want to go to her? Not dead Justine but the waves and or particles of her on the video? So if I go there, what then? Will I be the sixty-five-year-old me or will I be young like Justine? And western? With a pistol and a horse?

There was a name in my mind: Gösta Kraken. I had a copy of his book, Perception Perceived. I went to my shelves, stuck out my arm, and it leapt into my hand. So I knew it wanted to help. I’d flagged the page where he talks about being:

Being is not a steady state but an occulting one: we are all of us a succession of stillnesses blurring into motion on the wheel of action, and it is in those spaces of black between the pictures that we find the heart of the mystery in which we are never allowed to rest. The flickering of a film interrupts the intolerable continuity of apparent world; subliminally it gives us those in-between spaces of black that we crave. The eye is hungry for this; eagerly it collaborates with the unwinding strip of celluloid that shows it twenty-four stillnesses per second, making real by an act of retinal retention the here-and-gone, the continual disappearing in which the lovers kiss, the shots are fired, the horses gallop; but below the threshold of conscious thought the eye sees and the mind savours the flickering of the black.