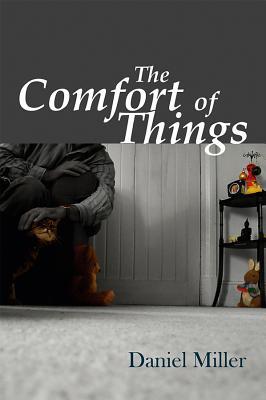 Looking around at the ornaments, it is only too easy for people from another background and a different system of values to dismiss these things as kitsch. Plastic and plaster, bright colours, not a single flower that is real. Yet to think in terms of kitsch is simply to condescend, to fail to engage with the materiality of this assemblage; what precisely she has and why. Because, as one comes to understand her and this scene within which she has centre stage, the whole re-forms itself, once again, into a very different kind of aesthetic, one that holds considerable meaning and populates the landscape with clues as to who she is and the contradictions that life has created for her. Indeed, after a while, one comes to realise that it is probably those very tasteful art and craft works, characteristic of middle-class living-rooms that have the emptiness and shallowness we try to project upon kitsch: mere purchases, often expensive purchases, to fill a space on a wall. The pieces in this room are quite the opposite. Some are saturated with humanity; some, with the transcendence of the divine; some are the face of brutal and inhumane treatment, while others the form of consolation and peace.