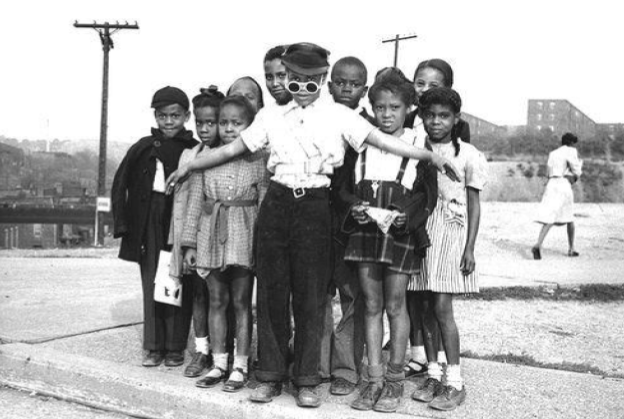 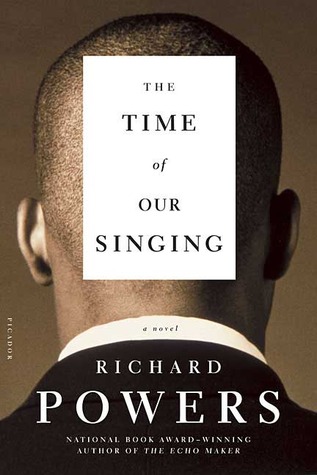 By the time the train reaches his destination, the child owns it. Charmed strangers wish him well when he gets off at a tiny Delta town called Money. He steps off the platform into a crowd of boys, his instant friends. He appears to them as another species, a creature from another planet. His clothes, gait, accent: He walks among them full of jokes and boasts, floating on confidence, sharing nothing in the world with his blood relations. Except blood.

His mother has told him to mind his manners, so far from home. But so far from home, he no longer knows what minding manners means. This backwater town is slow and overgrown and easy to astonish. Everywhere he walks along these melting tar roads, he’s the center of a circle of boys, hungry for a performance they didn’t even know existed until his arrival. They call him “Bobo.” They demand a show. Bobo must sing for them, big-time songs, distant, urban kin of their own music they only barely recognize.

They want city tales, the stranger the better. Where I live, Bobo says, everything’s different. We can do anything we want. In my school? Blacks and whites have class together in the same room. Talk to each other, friends. No shitting.

His southern cousins laugh at this crazy-ass foolishness.

Here. Look! Bobo shows them a picture of his school friends, from his wallet, next to the Christmas photo. The Delta laughter crumples in confusion. The picture turns them stony. They can’t know that just this spring, the Supreme Court has declared that such craziness – with all deliberate speed – must become everywhere a fact. They haven’t heard the men who run the state capital in Jackson declare themselves, just this summer, to be proud criminals. For the boys on the dusty, weed-shot street in Money, this news is farther than the moon.

Look here, the boy Bobo says. He points out a girl with the nail of his thumb. Frail, blond, anemic – in a sickly way, almost beautiful. To the boys crowding around the photo, the face is animal, foreign. You could no more speak to such a thing than you could walk through fire. This girl here? Bobo tells his country disciples. This one’s my sweetheart.

The nigger’s gone mad. For all that he’s already overhauled their world, his audience can’t believe him. Bobo and this girl of straw: It sasses God. It breaks the damn law of gravity. What kind of city – even up north – is going to let this black boy near enough such a girl long enough to more than mumble an apology?

You a soul-damned liar. You joining on us. You think we all don’t know nothing.

Bobo just laughs. I tell you, this here’s my sweetheart. Who’s going to lie about a thing that nice?

His listeners can’t even sneer. No point even letting this mojo into your ears. The picture, the girl, the word sweetheart taunt like some hopping round of the dirty dozens. Not even the north could truck with such lawlessness. The boy’s got a match in one hand and a fat stick of gunpowder in his mouth. He wants to loose some real evil on them. The others step away from the picture, like it’s dope, pornography, or contraband. Then, like it’s all of those, they circle back for another, longer look.

They stand in the street in front of the tired brick box of Bryant’s Grocery and Meat Market, twenty of them, between the ages of twelve and sixteen. It’s a stale late August Sunday, hotter than human thought and drier than a dust-coated dead mule. The boy and his first cousin have come into town for a snack, taking a break from the long day of church where the boy’s great-uncle preaches. The crowd he draws wants another look. The picture of the white girl passes from hand to hand. Whatever small part of them fears it might be true, they know it’s just another cityboy performance.

You a jiving fool.

Uh-uh. The boy laughs. Nothing like a fool. She look good in this picture? Looks even nicer in life.

Get on gone with you. Truth, now. What’s you doing with a picture of a white girl in your wallet?

And that round, cherubic confidence—all of life in front of him—just grins.

It drives the others wild. You think you something, talking to white women? Let’s see you go inside this store, talk up that Bryant woman who runs it. Ask that white woman what she doing tonight.

The northern boy just smiles his world-beating smile. That’s exactly where he was heading anyway. He nods at these rurals, pushes open the grocery’s screen door, and disappears underneath the DRINK COCA-COLA signs on the white-pine overhang.

The boy is fourteen. The year is 1955. The store’s screen door slaps closed behind him, pure child on a dare. He buys two cents of bubblegum from the white woman. On his way out, he says something to her, two words – “Bye, baby.” Or maybe he whistles: a quick, stolen trophy to bring back to his friends outside, to answer their challenge, prove he’s his own owner. He bolts out the door, but the hilarity he thinks is waiting for him outside skids off into horror. The others just stare at him, begging him to undo what he just did. The crowd disperses, wordless, in all directions.

They come for the boy four days later, after midnight, when time turns inside out and all-powerful force goes dreamlike. They come to the home of Mose Wright, this Emmett’s great-uncle preacher. Two of them, potent, blunt. One is bald and smokes a cigarette. The other has a pressed, thin face that knows only rage and feeding. They wake the old preacher and his wife. They want the boy, the nigger boy from Chicago who did all that talking. The men have guns. The boy is theirs. Nothing in the world will stop them from taking him. They move with clipped authority, beyond the authority of states. The steady work, the cold, damp method of after midnight.

The boy’s great-aunt steps up to plead. He just a child. He ain’t from around here. That boy, he didn’t know nothing. He don’t mean nobody no harm.

The balding one smashes her across the temple with his gun butt. The two whites overpower the old man. They take the boy. This is how things operate. The boy belongs to them.

Bobo – Emmett – is the only one who’s calm. He’s from Chicago, the big city, up north. He did nothing wrong. He isn’t falling for this backwoods intimidation game, these couple of crazy crackers in their summer-stock play, banging around by the only light in which they can pull the performance off. They can’t hurt him. He’s fourteen; he’ll live forever.