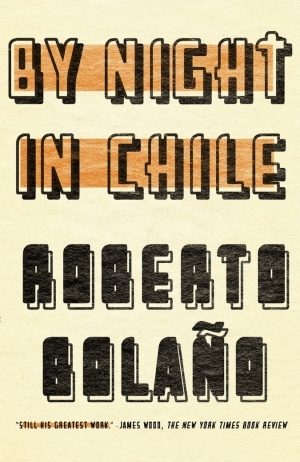 Every now and then, Farewell burst into excessively sonorous laughter. At each of these guffaws, I looked at him out of the corner of my eye. He looked like the god Pan, or Bacchus in his den, or some demented Spanish conquistador ensconced in a southern fort. The young bard’s laugh, by contrast, was slender as wire, nervous wire, and always followed Farewell’s guffaw, like a dragonfly following a snake. At some point Farewell announced that he was expecting other guests for dinner that night. I turned my head and pricked up my ears, but our host was giving nothing away. Later I went out for a stroll in the gardens of the estate. I must have lost my way. I felt cold. Beyond the gardens lay the country, wilderness, the shadows of the trees that seemed to be calling me. It was unbearably damp. I came across a cabin or maybe it was a shed with a light shining in one of its windows. I went up to it. I heard a man laughing and a woman protesting. The door of the cabin was ajar. I heard a dog barking. I knocked and went in without waiting for a reply. There were three men sitting around a table, three of Farewell’s farmhands, and, beside a wood stove, two women, one old, the other young, who, as soon as they saw me, came and took my hands in theirs. Their hands were rough. How good of you to come, Father, said the older woman, kneeling before me and pressing my hand to her lips. I was afraid and disgusted, but I let her do it. The men had risen from their seats.

Sit yourself down, son, I mean Father, said one of them. Only then did I realize with a shudder that I was still wearing the cassock I had traveled in. I could have sworn I had changed when I went up to the room Farewell had set aside for me. Yet although I had intended to change, I had not in fact done so, going back down to join Farewell in the hunting lodge dressed as before. And there in the farmers’ shed I realized there would be no time to change before dinner. And I thought Farewell would form a false impression of me. And I thought the young poet he had in tow would also get the wrong idea. And finally I thought of the surprise guests, who were no doubt important people, and I saw myself wearing a cassock covered with dust from the road and soot from the train and pollen from the paths that lead to Là-bas, sitting cowed in a corner, away from the table, eating my dinner and not daring to look up. And then I heard one of the farmhands inviting me to take a seat. And like a sleepwalker I sat down. And I heard one of the women saying Father, won’t you try some of this or that. And someone was talking to me about a sick child, but with such poor diction I couldn’t tell if the child was sick or dead already. What did they need me for?