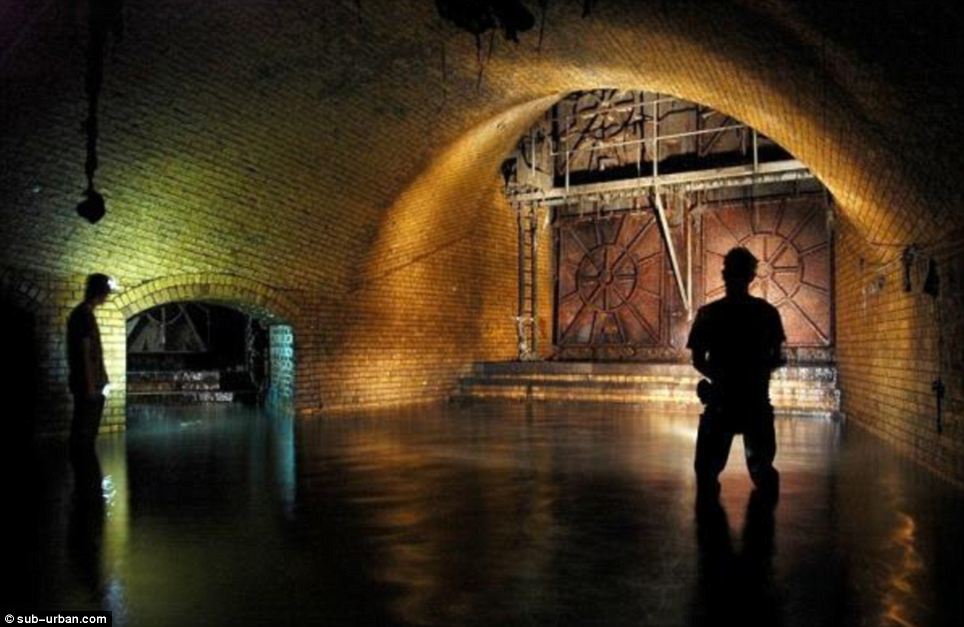 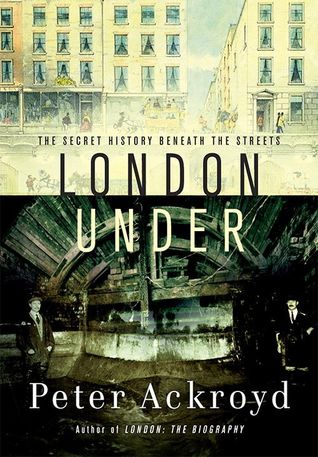 The subterranean world can be a place of fantasy, therefore, where the ordinary conditions of living are turned upside down. In the nineteenth century it was seen as a sanctuary for criminals, for smugglers, and for what were known as “night wanderers”; the cellars and tunnels beneath the ground were described as “hidden haunts of vice” populated by “the wild tribes of London” or the “City Arabs.” They were supposed to harbour a criminal “underworld” that emerged only at night. According to John Hollingshead, the author of Underground London (1862), the tunnels were “black and dangerous labyrinths for the innocent stranger.”

But the underworld can also become a place of romance, where the childhood impulse to hide can be indulged to the wildest extent. The idea of secret passages, of mysterious entrances and exits, of retreat and concealment, possesses an incurable charm. Yet if we are not found, in the game of hide-and-seek, what then? What if we were left alone in the darkness, our companions gone into the light?

Underground chambers and tunnels have been formed, and found, over the centuries. There are extensive catacombs in Camden Town, beneath Camden Market, and prehistoric tunnels are to be found under Greenwich Park. A German traveller of the eighteenth century noted that “one third of the inhabitants of London live under ground”; by which he meant that the poor dwelled in the curious basements or “cellar dwellings” that were once so common in the city. They were entered by steps leading down from the street to a well “which was supposed to be closed at nightfall by a ϩap.” The poor were thus consigned to the lowest level. The vagrants of London often lived under bridges and under arches, replicating the conditions beneath the ground.

The Adelphi arches, just south of the Strand, once oϱered a glimpse of an old underworld. The Adelphi itself was built in the 1770s upon a series of vaults and arches that were described as “a reminder of the Etruscan cloaca of old Rome.” In the nineteenth century these became a haven for criminals and beggars. It was reported in the public prints that assassins were concealed “in the dark arches,” such as those that make up Lower Robert Street, exploiting the passageways, tunnels, precipitous steps, sudden turnings and high-arched doorways. Horses did not like to venture through them. Stalactites hung from their roofs. Cows were stabled there, and passed their lives in darkness.

Lower Robert Street is still forbidding; it is one of the few underground streets in London, and of course has the reputation of being haunted by a murdered prostitute. In his Picturesque Sketches of London (1852) Thomas Miller described the region of shadows lying between the Strand and the Thames with “the black-browed arches that span right and left, before and behind, covering many a rood of ground on which the rain never beats, nor the sunbeams sleep, and at the entrance of which the wind only seems to howl and whine, as if afraid of venturing further into the darkness.” They were another reminder of the London depths.

The geology of London is a clue to the labyrinth beneath. The city sits upon a bed of sand, gravel, clay and chalk that make up the London Basin. Deep beneath them are the rocks of the Palaeozoic period shaped hundreds of millions of years before; no one has reached them yet. Above them lie levels of ancient materials that are known as Gault clay and upper greensand. In turn they support broad bands of chalk laid down when the site of London lay below a vast sea. Upon the chalk rests the clay. London clay is thick, viscous, and malleable; it is a greenish blue colour, but in its upper reaches it is reddish brown. It was formed more than ϧfty million years ago. This is the material in which the underworld of London sits. It is the material through which the tunnels of the underground railway are burrowed. The clay is compressed so heavily that all of its moisture has ϩed; but if the pressure is lifted it will expand and, in the words of the geologist, “come on.” We may interpret this as “come forth.”

Above the clay is a mixture of sand and gravel from which the springs of London rise; elevators and escalator-shafts lower passengers through this sandy medium. The glaciers of the Ice Age formed the rivers that still ϩow beneath the surface, and descend from the upper levels of the London region into the Thames. We inhabit an inconceivably ancient space. London is based upon clay, while Manhattan is established upon layers of hard rock known as mica-schist. That accounts for the preponderance of skyscrapers in the latter city. But may it not also help to explain the manifest differences in behaviour and attitude between their citizens?

London is slowly sinking into its clay, while Manhattan seems to rise and rise into the empyrean. So we go down to the clay and the water, the old elemental things of London. They are the origin, and they may also be the ending. The deep groundwater of the city is rising, and 15,400,000 gallons must be pumped out each day to save the entire structure.

Certain creatures roam the underworld. Rats, and eels, and mice, and frogs, abound. The brown rat from Russia is the most abundant. The native black rat was in recent years supposed to exist in certain underground quarters, beneath Oxford Street and Canning Town, but it is now more than likely to be extinct.