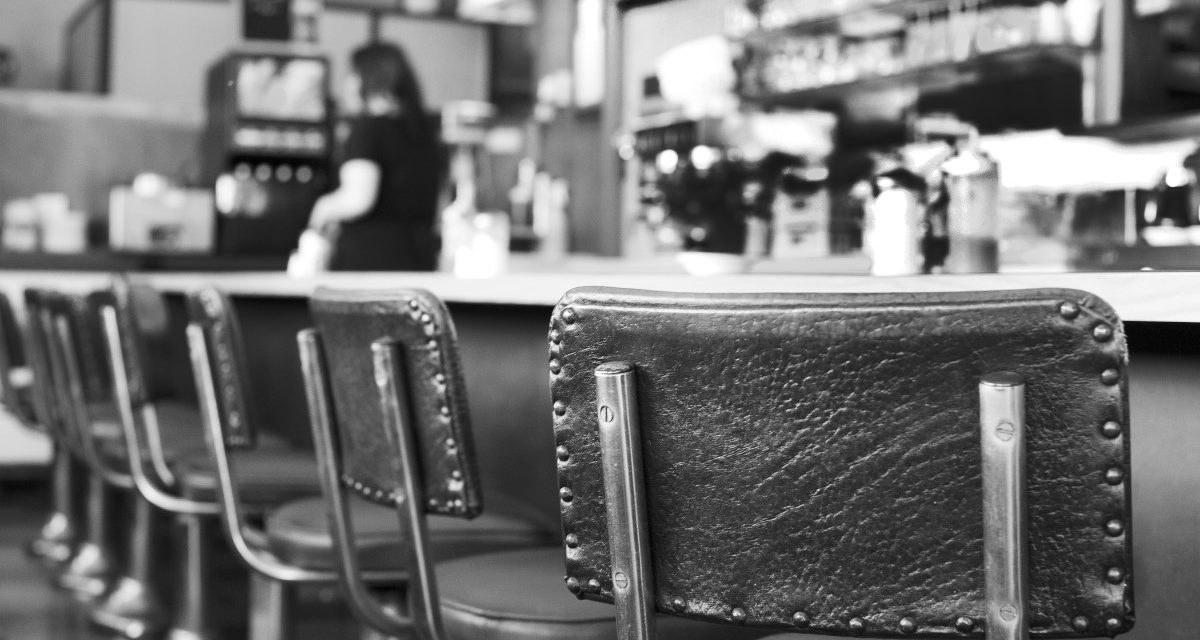 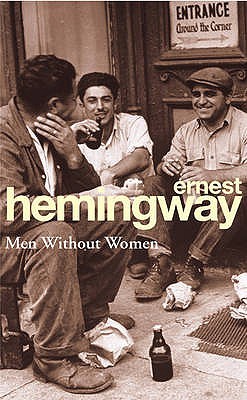 The door of Henry’s lunchroom opened and two men came in. They sat down at the counter.
“What’s yours?” George asked them.
“I don’t know,” one of the men said. “What do you want to eat, Al?”
“I don’t know,” said Al. “I don’t know what I want to eat.”
Outside it was getting dark. The street-light came on outside the window. The two men at the counter read the menu. From the other end of the counter Nick Adams watched them. He had been talking to George when they came in.
“I’ll have a roast pork tenderloin with apple sauce and mashed potatoes,” the first man said.
“It isn’t ready yet.”
“What the hell do you put it on the card for?”
“That’s the dinner,” George explained. “You can get that at six o’clock.”
George looked at the clock on the wall behind the counter.
“It’s five o’clock.”
“The clock says twenty minutes past five,” the second man said.
“It’s twenty minutes fast.”
“Oh, to hell with the clock,” the first man said. “What have you got to eat?”
“I can give you any kind of sandwiches,” George said. “You can have ham and eggs, bacon and eggs, liver and bacon, or a steak.”
“Give me chicken croquettes with green peas and cream sauce and mashed potatoes.”
“That’s the dinner.”
“Everything we want’s the dinner, eh? That’s the way you work it.”
“I can give you ham and eggs, bacon and eggs, liver…”
“I’ll take ham and eggs,” the man called Al said. He wore a derby hat and a black overcoat buttoned across the chest. His face was small and white and he had tight lips. He wore a silk muffler and gloves.
“Give me bacon and eggs,” said the other man. He was about the same size as Al. Their faces were different, but they were dressed like twins. Both wore overcoats too tight for them. They sat leaning forward, their elbows on the counter.
“Got anything to drink?” Al asked.
“Silver beer, bevo, ginger-ale,” George said.
“I mean you got anything to drink?”
“Just those I said.”
“This is a hot town,” said the other. “What do they call it?”
“Summit.”
“Ever hear of it?” Al asked his friend.
“No,” said the friend.
“What do you do here nights?” Al asked.
“They eat the dinner,” his friend said. “They all come here and eat the big dinner.”
“That’s right,” George said.
“So you think that’s right?” Al asked George.
“Sure.”
“You’re a pretty bright boy, aren’t you?”
“Sure,” said George.
“Well, you’re not,” said the other little man. “Is he, Al?”
“He’s dumb,” said Al. He turned to Nick. “What’s your name?”
“Adams.”
“Another bright boy,” Al said. “Ain’t he a bright boy, Max?”
The town’s full of bright boys,” Max said.
George put the two platters, one of ham and eggs, the other of bacon and eggs, on the counter. He set down two side-dishes of fried potatoes and closed the wicket into the kitchen.
“Which is yours?” he asked Al.
“Don’t you remember?”
“Ham and eggs.”
“Just a bright boy,” Max said. He leaned forward and took the ham and eggs. Both men ate with their gloves on. George watched them eat.
“What are you looking at?” Max looked at George.
“Nothing.”
“The hell you were. You were looking at me.”
“Maybe the boy meant it for a joke, Max,” Al said.
George laughed.
“You don’t have to laugh,” Max said to him. “You don’t have to laugh at all, see?”
“All right,” said George.
“So he thinks it’s all right.” Max turned to Al. “He thinks it’s all right. That’s a good one.”
“Oh, he’s a thinker,” Al said. They went on eating.
“What’s the bright boy’s name down the counter?” Al asked Max.
“Hey, bright boy,” Max said to Nick. “You go around on the other side of the counter with your boy friend.”
“What’s the idea?” Nick asked.
“There isn’t any idea.”
“You better go around, bright boy,” Al said. Nick went around behind the counter.
“What’s the idea?” George asked.
“None of your damn business,” Al said.