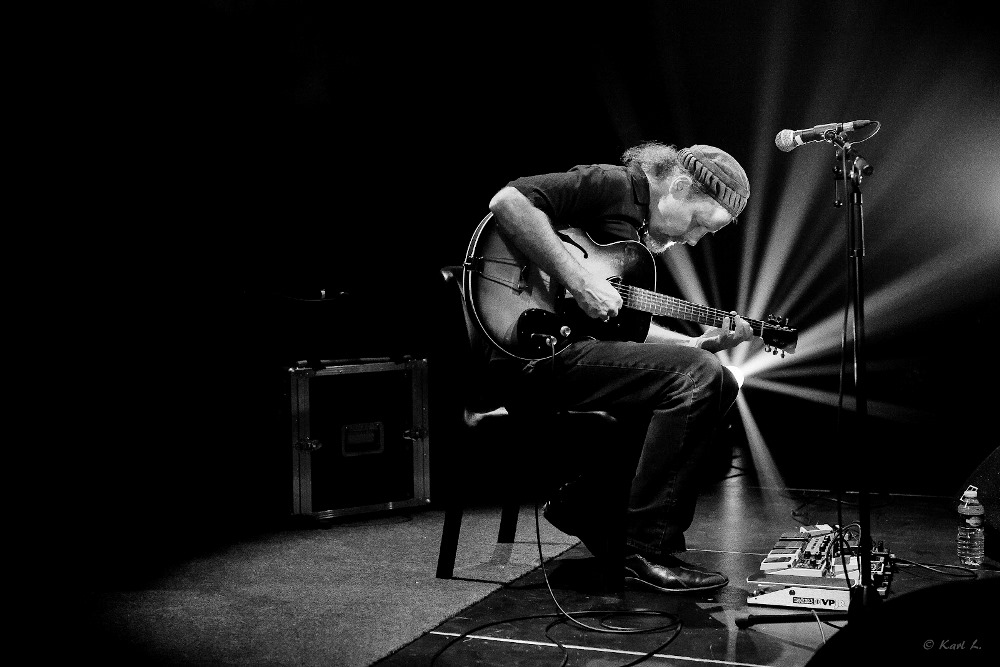 Sir Richard Bishop is one third of the band Sun City Girls. The three people that comprise Sun City Girls are temerarious in their osmosis of styles and liberal in their regurgitation and re-imagining of music from across the spectrum into some new form of ethno-improv storytelling. I listen to some pretty weird stuff, but these guys…

The music they’ve recorded can never be pigeon-holed, and shows influences from cowpunk, kabuki theatre, traditional Arabic, demented surf, Appalachian instrumental, college rock, Asian and Indian improv (obviously including ragas), new wave, American primitivism, etc. It’s hard to convey just how diverse and mixed up these records are, and also how many there are (well over 50 full-length albums, 20 one hour cassettes and a dozen or so 7″s!) I’ve included one of their tracks at the end in case you’re curious.

The three members of Sun City Girls are brothers Richard Bishop (Sir Richard Bishop), Alan Bishop (Alvarius B.) and percussionist Charles Gocher (Gravelvoice) who recorded together from 1981 until Charles’ death in 2007.

To try to begin making sense of what’s being recorded, some of the above influences mentioned above are still valid, but Sir Richard Bishop’s solo work is notable for the strength of influence of virtuoso solo guitarists such as John Fahey (American primitivist), Leo Kottke, Glenn Jones (Cul De Sac), Robbie Basho, Bola Sete, Sandy Bull, and to an extent Bert Jansch and Richard Thompson. Where he departs from these influences however is with his insatiable hunger to hear more sounds and styles, and to weave them into the consciousness of his recordings.

Bands such as Extra Golden who comprise 2 American ethnomusicologists working with 2 Kenyan Benga gurus to hybridise new forms and sounds would make for an interesting comparison, and similarly the archivist Alan Lomax’s enterprises in trying to capture for posterity so many musicians and styles in the US.

The difference is that Sir Richard Bishop does all the above in his head, and then spews forth golden melodies that weave everything together into something bordering a salient reinterpretation of the sources…

This one is Barbary from The Freak Of Araby, one of his albums that actually tends to stick with one main influence, that of Arabic origin.

Given the amount of music that is being constantly recorded, much of it ripping off things that have gone before, it takes a special kind of person to be creating consistently mind-bending recordings that provoke and titillate in equal measure, while never stagnating or sounding predictable. In this way it’s also worth making the comparison to Frank Zappa.

I was travelling in north Africa last weekend, and while relaxing in a riad heard some Moroccan music that could easily have been a track from a Sir Richard Bishop album, which took the edge off the pain of missing his tour this year as he was playing in London at the same time.

His is music to be heard live, so if you ever get the chance…

Anyway, it would be remiss of me not to also include one of the tracks from the legendary Sun City Girls, so please find below one of their most accessible and tuneful songs, the classic ode – “Cooking With Satan”.