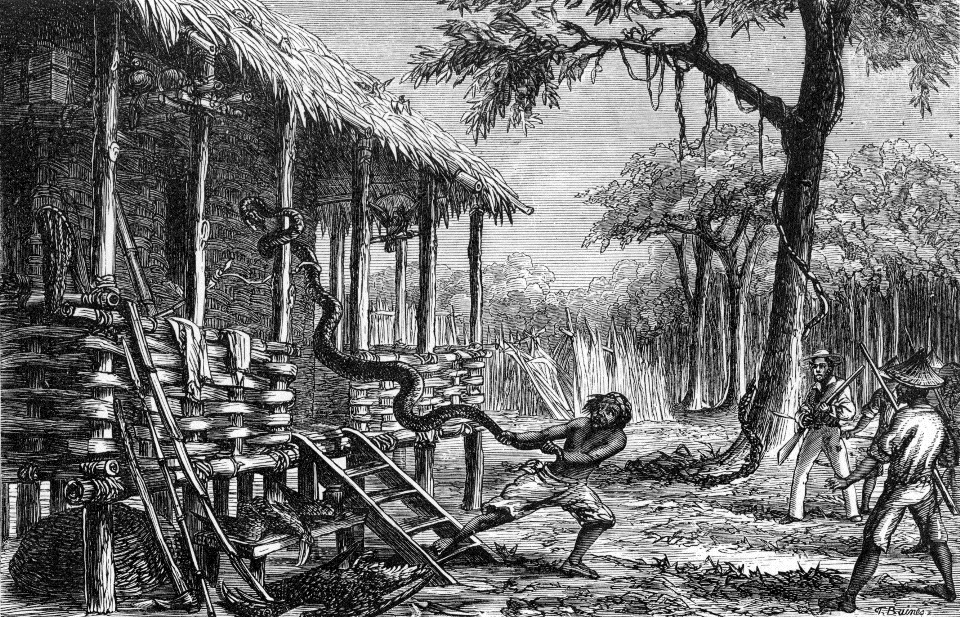 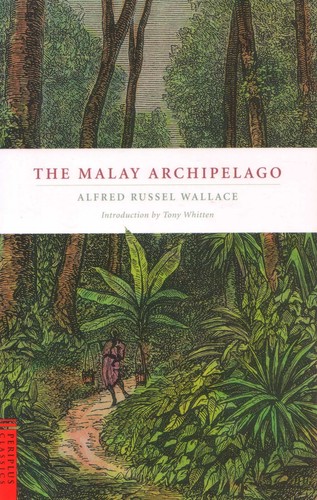 Among the things I had sent for was a box of arrack, and I was now of course besieged with requests for a little drop. I gave them a flask (about two bottles, which was very soon finished, and I was assured that there were many present who had not had a taste. As I feared my box would very soon be emptied if I supplied all their demands, I told them I had given them one, but the second they must pay for, and that afterwards I must have a Paradise bird for each flask. They immediately sent round to all the neighbouring houses, and mustered up a rupee in Dutch copper money, got their second flask, and drunk it as quickly as the first, and were then very talkative, but less noisy and importunate than I had expected. Two or three of them got round me and begged me for the twentieth time to tell them the name of my country. Then, as they could not pronounce it satisfactorily, they insisted that I was deceiving them, and that it was a name of my own invention. One funny old man, who bore a ludicrous resemblance, to a friend of mine at home, was almost indignant. ‘Ung-lung!’ said he, ‘who ever heard of such a name?— ang lang — anger-lung — that can’t be the name of your country; you are playing with us.’ Then he tried to give a convincing illustration. ‘My country is Wanumbai — anybody can say Wanumbai. I’m an ‘ orang-Wanumbai; but, N-glung! who ever heard of such a name? Do tell us the real name of your country, and then when you are gone we shall know how to talk about you.’ To this luminous argument and remonstrance I could oppose nothing but assertion, and the whole party remained firmly convinced that I was for some reason or other deceiving them. They then attacked me on another point — what all the animals and birds and insects and shells were preserved so carefully for. They had often asked me this before, and I had tried to explain to them that they would be stuffed, and made to look as if alive, and people in my country would go to look at them. But this was not satisfying; in my country there must be many better things to look at, and they could not believe I would take so much trouble with their birds and beasts just for people to look at. They did not want to look at them; and we, who made calico and glass and knives, and all sorts of wonderful things, could not want things from Aru to look at. They had evidently been thinking about it, and had at length got what seemed a very satisfactory theory; for the same old man said to me, in a low, mysterious voice, ‘What becomes of them when you go on to the sea?’ ‘Why, they are all packed up in boxes,’ said I ‘What did you think became of them?’ ‘They all come to life again, don’t they?’ said he; and though I tried to joke it off, and said if they did we should have plenty to eat at sea, he stuck to his opinion, and kept repeating, with an air of deep conviction, ‘Yes, they all come to life again, that’s what they do — they all come to life again.’

After a little while, and a good deal of talking among themselves, he began again —’I know all about it — oh yes! Before you came we had rain every day — very wet indeed; now, ever since you have been here, it is fine hot weather. Oh, yes! I know all about it; you can’t deceive me.’ And so I was set down as a conjurer, and was unable to repel the charge. But the conjurer was completely puzzled by the next question: ‘What,’ said the old man, ‘is the great ship, where the Bugis and Chinamen go to sell their things? It is always in the great sea — its name is Jong; tell us all about it.’ In vain I inquired what they knew about it; they knew nothing but that it was called ‘Jong,’ and was always in the sea, and was a very great ship, and concluded with, ‘Perhaps that is your country?’ Finding that I could not or would not tell them anything about ‘Jong,’ there came more regrets that I would not tell them the real name of my country; and then a long string of compliments, to the effect that I was a much better sort of a person than the Bugis and Chinese, who sometimes came to trade with them, for I gave them things for nothing, and did not try to cheat them. How long would I stop? was the next earnest inquiry. Would I stay two or three months? They would get me plenty of birds and animals, and I might soon finish all the goods I had brought, and then, said the old spokesman, ‘Don’t go away, but send for more things from Dobbo, and stay here a year or two.’ And then again the old story, ‘Do tell us the name of your country. We know the Bugis men, and the Macassar men, and the Java men, and the China men; only you, we don’t know from what country you come. Ung-lung! it can’t be; I know that is not the name of your country.’ Seeing no end to this long talk, I said I was tired, and wanted to go to sleep; so after begging — one a little bit of dry fish for his supper, and another a little salt to eat with his sago — they went off very quietly, and I went outside and took a stroll round the house by moonlight, thinking of the simple people and the strange productions of Aru, and then turned in under my mosquito curtain; to sleep with a sense of perfect security in the midst of these good-natured savages.