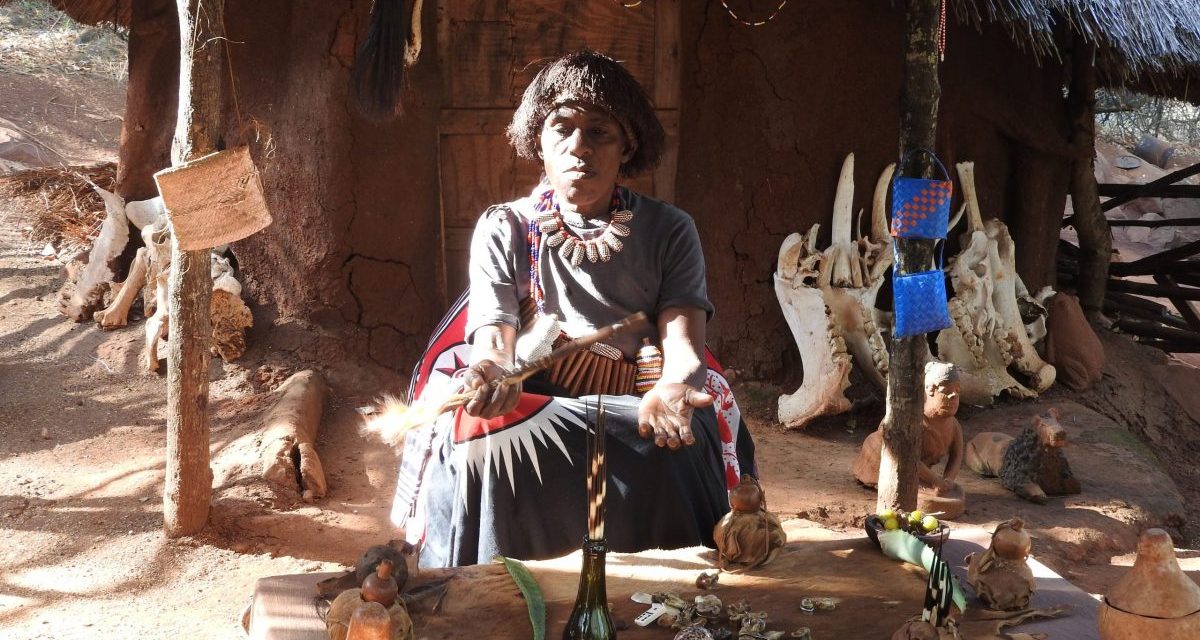 In her hut in Poto-Poto, the poor quarter of Brazzaville, the feticheuse, smiling at us, knelt on the floor, drew out a handful of cowrie shells from the cloth bag at her waist, and cast them across the raffia mat.
Lary Shaffer and I, despite ourselves, leaned forward on our wooden stools, studying the meaningless pattern; the shells, obviously much handled, shone like old ivory in the glow of the paraffin lamp. The feticheuse stopped smiling.
‘One of your’, she said slowing in French, ‘is very ill, right now.’
The rain seemed to clatter with increased urgency on the corrugated-iron roof. I had the absurd feeling that that other objects in the little breeze-block room – a pile of laundry ina red plastic bucket, a rough double-bed (its mosquito-net suspended from a hook on a cross-beam) – were watching us.
It’s simply that we’re not yet acclimatised, I told myself, we’ve only been in the Congo for two days: a thought which immediately made the humidity and the heat doubly oppressive.
Lary, still staring at the floor, wiped the blisters of sweat from his forehead and the bridge of his nose. His hand, I noticed, was shaking.
‘It’s me,’ he said, stumbling over his words. ‘It’s me. I’m the one who’s ill.’