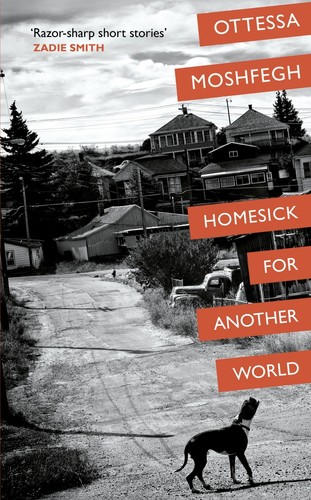 I’d gone out on dates before. Nothing really spectacular ever happened. One girl had been a nun when she was younger. I liked her, but she was always talking about herself. It was like she was waiting for something in my face to light up, and nothing ever did.

“I am not a character in a television show,” I explained. “All I want to do is see your naked body, then reevaluate.”

She followed me to the restroom. We were at an Asian bistro in Century City. The bathroom was polished concrete. The lighting was cold and dim. She revealed herself one half at a time. First the shirt off, then back on, then the skirt down, then back up. We dated for a few weeks—just heavy petting, nothing in and out. Finally I lied and told her I had contracted cat scratch fever from a neighbor’s kitten and needed time to recover, alone. She stopped calling eventually.

Only once did I pick up a prostitute. I found her sitting on the curb outside the Super 8 near Little Armenia. She had a clear plastic bag for her belongings: a small makeup case, a pair of running shoes, two bananas, and a plastic flower.

She squinted her eyes and smushed her lips together. “You’re not skinny, and you’re not fat,” she said. The way she pointed her finger reminded me of my high school principal.

“Does my face look swollen?” I asked her.

She pulled a banana out of her plastic bag and started to peel it.

“Can you see my pimples from there?” I asked. She was sitting on the linty bedspread. I went and stood by the window.

“Yeah, anybody can,” she said.

I took a few steps away into the shade. “How about now?’

I drew the blinds and asked again. She nodded.

Then I sat down next to her and splayed my hands out on the bed.

“What do you think about these?” I asked.

Nobody ever gave me the answer I wanted. Nobody ever said, “Oh, so beautiful!”

The next day back at my apartment, I still had the rash. There was nothing I could do about it before my date that night with Terri. I lay on my bed and reached down to the floor and picked little crumbs and hairs out of the carpet. My stomach ached. I hadn’t moved my bowels in days. I drank a gallon of salt water and flipped on the radio. I listened to some hip-hop songs. I liked hip-hop songs because they stirred up my spirit without messing with my mind. Forty minutes later, I moved my bowels. If I ever write a book, it will be filled with tricks and tips for men. For example, if your face is puffy, fill your mouth with coffee grounds. If you have a weak jaw, grow a beard. If you can’t grow a beard, wear colors lighter than your skin tone. If you want something and can’t have it, want something else. Want what you deserve. You’ll probably get it. Above all, control yourself. Some days, to keep myself from eating, I’d hit my head against a wall or sock myself in the stomach. Sometimes I hyperventilated or strangled myself a little with a towel. I used a permanent marker to draw dotted lines around the bulges of fat around my sides, my thighs. I did calisthenics on the kitchen floor. Instead of shaving cream, I used moisturizer. Instead of soap, two-in-one shampoo plus conditioner.