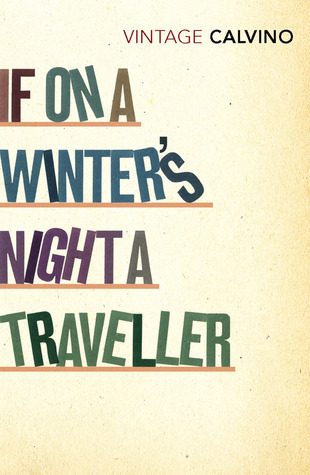 So, then, you noticed in a newspaper that If On A Winter’s Night A Traveller had appeared, the new book by Italo Calvino, who hadn’t published for several years. You went to the bookshop and bought the volume. Good for you.

In the shop window you have promptly identified the cover with the title you were looking for. Following this visual trail, you have forced your way through the shop pass the thick barricade of Books You Haven’t Read, which were frowning at you from the tables and shelves, trying to cow you. But you know you must never allow yourself to be awed, that among them there extend for acres and acres the Books You Needn’t Read, the Books Made For Purposes Other Than Reading, Books Read Even Before You Open Them Since They Belong To The Category Of Books Read Before Being Written. And thus you pass the outer girdle of ramparts, but then you are attacked by the infantry of the Books That If You Had More Than One Life You Would Certainly Also Read But Unfortunately Your Days Are Numbered. With a rapid maneuver you bypass them and move into the phalanxes of the Books You Mean To Read But There Are Others You Must Read First, the Books Too Expensive Now And You’ll Wait Till They’re Remaindered, the Books ditto When They Come Out In Paperback, Books You Can Borrow From Somebody, Books That Everybody’s Read So It’s As If You Had Read Them, Too. Eluding these assaults, you come up beneath the towers of the fortress, where other troops are holding out:

Now you have been able to reduce the countless embattled troops to an array that is, to be sure, very large but still calculable in a finite number; but this relative relief is then undermined by the ambush of the Books Read Long Ago Which It’s Now Time To Reread and the Books You’ve Always Pretended To Have Read And Now It’s Time To Sit Down And Really Read Them.

With a zigzag dash you shake them off and leap straight into the citadel of the New Books Whose Author Or Subject Appeals To You. Even inside this stronghold you can make some breaches in the ranks of the defenders, dividing them into New Books By Authors Or On Subjects Not New (for you or in general) and New Books By Authors Or On Subjects Completely Unknown (at least to you), and defining the attraction they have for you on the basis of your desires and needs for the new and the not new (for the new you seek in the not new and for the not new you seek in the new).

All this simply means that, having rapidly glanced over the titles of the volumes displayed in the bookshop, you have turned toward a stack of If on a winter’s night a traveler fresh off the press, you have grasped a copy, and you have carried it to the cashier so that your right to own it can be established.

You cast another bewildered look at the books around you (or, rather: it was the books that looked at you, with the bewildered gaze of dogs who, from their cages in the city pound, see a former companion go off on the leash of his master, come to rescue him), and out you went.

You derive a special pleasure from a just-published book, and it isn’t only a book you are taking with you but its novelty as well, which could also be merely that of an object fresh from the factory, the youthful bloom of new books, which lasts until the dust jacked begins to yellow, until a veil of smog settles on the top edge, until the binding becomes dog-eared, in the rapid autumn of libraries.

No, you hope always to encounter true newness, which , having been new once, will continue to be so. Having read the freshly published book, you will take possession of this newness at the first moment, without having to pursue it, to chase it. Will it happen this time? You never can tell. Let’s see how it begins.

Perhaps you started leafing through the book already in the shop. Or were you unable to, because it was wrapped in its cocoon of cellophane? Now you are on the bus, standing in the crowd, hanging from a strap by your arm, and you begin undoing the package with your free hand, making movements something like a monkey, a monkey who wants to peel a banana and at the same time cling to the bough. Watch out, you’re elbowing your neighbors; apologize, at least.

Or perhaps the bookseller didn’t wrap the volume; he gave it to you in a bag. This simplifies matters. You are at the wheel of your car, waiting at a traffic light, you take the book out of the bag, rip off the transparent wrapping, start reading the first lines. A storm of honking breaks over you; the light is green, you’re blocking traffic.