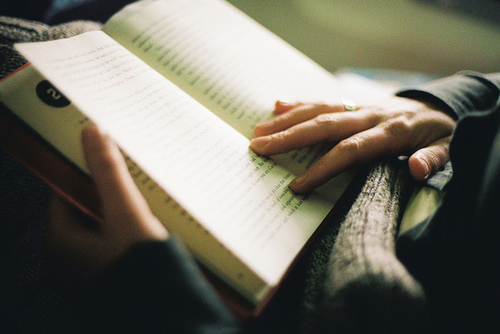 He opened the book at random, or so he believed, but a book is like a sandy path that keeps the indent of footsteps. He had read from this one to Sam several times during the last two years, but the footsteps of his own childhood had dug deeper and the book opened on a poem he had never read aloud before.