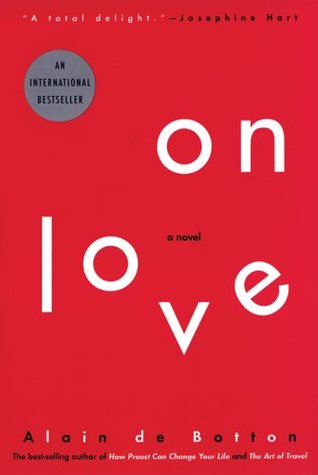 One mid-morning in early December, with no thought of love or stories, I was sitting in the economy section of a British Airways jet making its way from Paris to London. We had recently crossed the Normandy coast, where a blanket of winter cloud had given way to an uninterrupted view of brilliant blue waters. Bored and unable to concentrate, I had picked up the airline magazine, passively imbibing information on resort hotels and airport facilities. There was something comforting about the flight, the dull background throb of the engines, the hushed grey interior, the candy smiles of the airline employees. A trolley carrying a selection of drinks and snacks was making its way down the aisle and, though I was neither hungry nor thirsty, it filled me with the vague anticipation that meals may elicit in aircraft.

Morbidly perhaps, the passenger on my left had taken off her headphones in order to study the safety-instruction card placed in the pouch in front of her. It depicted the ideal crash, passengers alighting softly and calmly onto land or water, the ladies taking off their high heels, the children dexterously inflating their vests, the fuselage still intact, the kerosene miraculously non-flammable.

“We’re all going to die if this thing screws up, so what are these jokers on about?’ asked the passenger, addressing no one in particular. ‘I think perhaps it reassures people,’ I replied, for I was her only audience. ‘Mind you, it’s not a bad way to go, very quick, especially if we hit land and you’re sitting in the front. I had an uncle who died in a plane crash once. Has anyone you know ever died like that?’ They hadn’t, but I had no time to answer for a stewardess arrived and (unaware of the ethical doubts recently cast on her employers) offered us lunch. I requested a glass of orange juice and was going to decline a plate of pale sandwiches when my travelling companion whispered to me, ‘Take them anyway. I’ll eat yours, I’m starving.’

She had chestnut-coloured hair, cut short so that it left the nape of her neck exposed, and large watery green eyes that refused to look into mine. She was wearing a blue blouse and had placed a grey cardigan over her knees. Her shoulders were slim, almost fragile, and the rawness of her nails showed they were often chewed. ‘Are you sure I’m not depriving you?’ ‘Of course not.’ ‘I’m sorry, I haven’t introduced myself, my name is Chloe,’ she announced and extended her hand across the armrest with somewhat touching formality. An exchange of biography followed. Chloe told me she’d been in Paris in order to attend a trade fair. For the past year, she’d been working as a graphic designer for a fashion magazine in Soho. She’d studied at the Royal College of Art, had been born in York, but moved to Wiltshire as a child, and was now (at the age of twenty-three) living alone in a flat in Islington.

‘I hope they haven’t lost my luggage,’ said Chloe as the plane began to drop towards Heathrow. ‘Don’t you have that fear, that they’ll lose your luggage?’ ‘I don’t think about it, but it’s happened to me, twice in fact, once in New York, and once in Frankfurt.’ ‘God, I hate travelling,’ sighed Chloe, and bit the end of her index finger. ‘I hate arriving even more, I get real arrival angst. After I’ve been away for a while, I always think something terrible has happened: all my friends have come together and decided they hate me or my cacti have died.’ ‘You keep cacti?’ ‘Several. I went through a cactus phase a while back. Phallic, I know, but I spent a winter in Arizona and sort of got fascinated by them. Do you have any interesting plants?’ ‘Only an aspidistra, but I do regularly think all my friends might hate me.’

The conversation meandered, affording us glimpses of one another’s characters, like the brief vistas one catches on a winding mountain road — this before the wheels hit the tarmac, the engines were thrown into reverse, and the plane taxied towards the terminal, where it disgorged its cargo into the crowded immigration hall. By the time I had collected my luggage and passed through customs, I had fallen in love with Chloe.

Until one is close to death, it must be difficult to declare anyone as the love of one’s life. But only shortly after meeting her, it seemed in no way out of place to think of Chloe in such terms. On our return to London, Chloe and I spent the afternoon together. Then, a week before Christmas, we had dinner in a west London restaurant and, as though it was both the strangest and most natural thing to do, ended the evening in bed. She spent Christmas with her family, I went. We even had the same copy of Anna Karenina on our shelves (the old Oxford edition) – small details, perhaps, but were these not grounds enough on which believers could found a new religion?