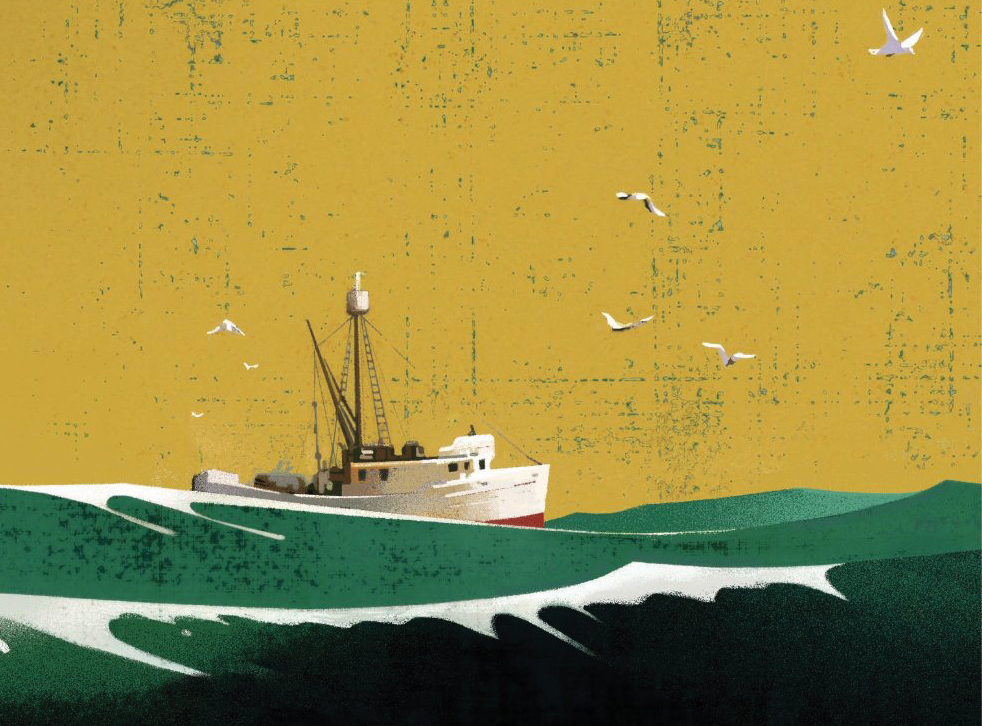 When the permits arrived, they were beautifully sealed so that even a soldier who could not read would know that if we were not what we said we were, we were at least influential enough spies and saboteurs to be out of his jurisdiction.

And so our boat was loaded, except for the fuel tanks, which we planned to fill at San Diego. Our crew entered the contests at the sardine fiesta—the skiff race, the greased-pole walk, the water-barrel tilt—and they did not win anything, but no one cared. And late in the night when the feast had died out we slept ashore for the last time, and our dreams were cluttered with things we might have forgotten. And the beer cans from the fiesta washed up and down the shore on the little brushing waves behind the breakwater.

We had planned to sail about ten o’clock on March 11, but so many people came to see us off and the leave-taking was so pleasant that it was afternoon before we could think of going. The moment or hour of leave-taking is one of the pleasantest times in human experience, for it has in it a warm sadness without loss. People who don’t ordinarily like you very well are overcome with affection at leave-taking. We said good-by again and again and still could not bring ourselves to cast off the lines and start the engines. It would be good to live in a perpetual state of leave-taking, never to go nor to stay, but to remain suspended in that golden emotion of love and longing; to be missed without being gone; to be loved without satiety. How beautiful one is and how desirable; for in a few moments one will have ceased to exist. Wives and fiancées were there, melting and open. How beautiful they were too; and against the hull of the boat the beer cans from the fiesta of yesterday tapped lightly like little bells, and the sea-gulls flew around and around but did not land. There was no room for them—too many people were seeing us off. Even a few strangers were caught in the magic and came aboard and wrung our hands and went into the galley. If our medicine chest had held out we might truly never have sailed. But about twelve-thirty the last dose was prescribed and poured and taken. Only then did we realize that not only were we fortified against illness, but that fifty or sixty inhabitants of Monterey could look forward to a long period of good health.