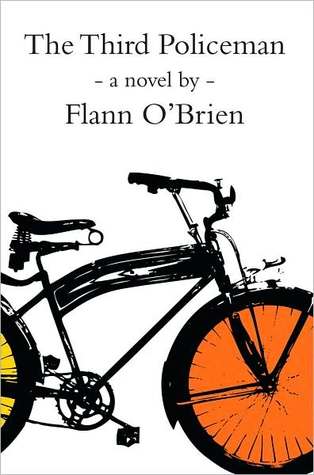 ‘The last hanging we had in this parish,’ he said, ‘was thiry years ago. It was a very famous man called MacDadd. He held the record for the hundred miles on a solid tyre. I need to tell you what the solid tyre did for him. We had to hang the bicycle.’

‘MacDadd had a first-class grudge against another man called Figgerson but he did not go near Figgerson. He knew how things stood and gave Figgerson’s bicycle a terrible thrashing with a crowbar. After that MacDadd and Figgerson had a fight and Figgerson – a dark man with glasses – did not live to know who the winner was. There was a great wake and he was buried with his bicycle. Did you ever see a bicycle-shaped coffin?’