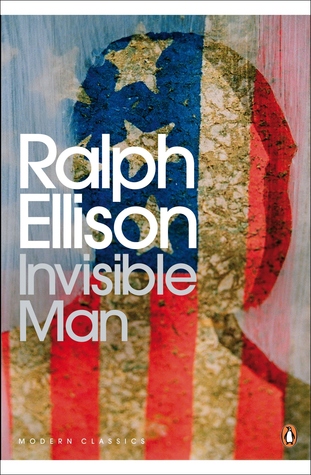 I am an invisible man. No, I am not a spook like those who haunted Edgar Allan Poe; nor am I one of your Hollywood-movie ectoplasms. I am a man of substance, of flesh and bone, fiber and liquids – and I might even be said to possess a mind. I am invisible, understand, simply because people refuse to see me. Like the bodiless heads you see sometimes in circus sideshows, it is as though I have been surrounded by mirrors of hard, distorting glass. When they approach me they see only my surroundings, themselves, or figments of their imagination – indeed, everything and anything except me.

Nor is my invisibility exactly a matter of a biochemical accident to my epidermis. That invisibility to which I refer occurs because of a peculiar disposition of the eyes of those with whom I come in contact. A matter of the construction of their inner eyes, those eyes with which they look through their physical eyes upon reality. I am not complaining, nor am I protesting either. It is sometimes advantageous to be unseen, although it is most often rather wearing on the nerves. Then too, you’re constantly being bumped against by those of poor vision. Or again, you often doubt if you really exist. You wonder whether you aren’t simply a phantom in other people’s minds. Say, a figure in a nightmare which the sleeper tries with all his strength to destroy. It’s when you feel like this that, out of resentment, you begin to bump people back. And, let me confess, you feel that way most of the time. You ache with the need to convince yourself that you do exist in the real world, that you’re a part of all the sound and anguish, and you strike out with your fists, you curse and you swear to make them recognized you. And, alas, it’s seldom successful.

One night I accidentally bumped into a man, and perhaps because of the near darkness he saw me and called me an insulting name. I sprang at him, seizing his coat lapels and demanded that he apologize. He was a tall blonde man, and as my face came close to his he looked insolently out of his blue eyes and cursed me, his breath hot in my face as he struggled. I pulled his chin down upon the crown of my head, butting him as I had seen the West Indians do, and I felt his flesh tear and the blood gush out, and I yelled, “Apologize! Apologize!” But he continued to curse and struggle, and I butted him again and again until he went down heavily, on his knees, profusely bleeding. I kicked him repeatedly, in a frenzy because he still uttered insults though his lips were frothy with blood. Oh yes, I kicked him! And in my outrage I got out my knife and prepared to slit his throat, right there beneath the lamplight in the deserted street, holding him in the collar with one hand, and opening the knife with my teeth – when it occurred to me that the man had not seen me, actually; that he, as far as he knew, was in the midst of a walking nightmare! And I stopped the blade, slicing the air as I pushed him away, letting him fall back to the street. I stared at him hard as the lights of a car stabbed through the darkness. He lay there, moaning on the asphalt; a man almost killed by a phantom. It unnerved me. I was both disgusted and ashamed. I was like a drunken man myself, wavering about on weakened legs. Then I was amused: Something in this man’s thick head had sprung out and beaten him within an inch of his life. I began to laugh at this crazy discovery. Would he have awakened at the point of death? Would Death himself have freed him for wakeful living? But I didn’t linger. I ran away into the dark, laughing so hard I feared I might rupture myself. The next day I saw his picture in the Daily News, beneath a caption stating that he had been “mugged.” Poor fool, poor blind fool, I thought with sincere compassion, mugged by an invisible man!

Most of the time (although I do not choose as I once did to deny the violence of my days by ignoring it) I am not so overtly violent. I remember that I am invisible and walk softly so as not to awaken the sleeping ones. Sometimes it is best not to awaken them; there are few things in the world as dangerous as sleepwalkers.