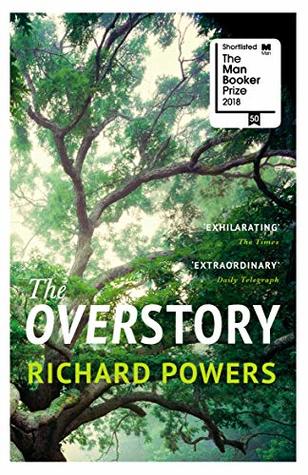 A five year-old in 1968 paints a picture. What’s in it? First, a mother, giver of paper and paints, saying Make me something beautiful. Then a house with a door floating in the air, and a chimney with curls of spiraling smoke. Then four Appich children in descending order like measuring cups, down to the smallest, Adam. Off to the side, because Adam can’t figure out how to put them behind the house, are four trees: Leigh’s elm, Jean’s ash, Emmett’s ironwood, and Adam’s maple, each made from identical green puffballs.
“Where’s Daddy?” his mother asks.
Adam sulks, but inserts the man. He paints his father holding this very drawing in his stick hands, laughing and saying, What are these – trees? Look outside! Is that what a tree looks like?
The artist, born scrupulous, adds the cat. Then the horned toad Emmett keeps in the basement, where the climate is better for reptiles. Then the snails under the flowerpot and the moth hatched from a cocoon spun by another creature altogether. Then helicopter seeds from Adam’s maple and the strange rock from the alley that might be a meteorite even if Leigh calls it a cinder. And dozens of other things, living or nearly so, until nothing more will fit on the newsprint page.
He gives his mother the finished picture. She hugs Adam to her, even in front of the Grahams from across the street, who are over for drinks. The painting doesn’t show this, but his mother only ever hugs him when her whistle is wet. Adam fights her embrace to save the painting from getting crushed. Even as an infant, he hated being held. Every hug is a small, soft jail.
The Grahams laugh as the boy speeds off. From the landing, halfway up the stairs, Adam hears his mother whisper, “He’s a little socially retarded. The school nurse says to keep an eye.”
The word, he thinks, means special, possibly superpowered. Something other people must be careful around. Safe in the boys’ room at the top of the house, he asks Emmett, who’s eight – almost grown – “What’s retarded?”
“It means you’re a retard.”
“What’s that?”
“Not regular people.”
And that’s okay, to Adam. There’s something wrong with regular people. They’re far from being the best creatures in the world.
The painting still clings to the fridge months later, when his father huddles up the four kids after dinner. They pile into the shag-carpeted den filled with T-ball trophies, handmade ashtrays, and mounds of macaroni sculpture. They spread on the floor around their father, who hunches over The Pocket Guide to Trees. “We need to find you all a little sibling.”
“What’s a sibling?” Adam whispers to Emmett.
“It’s a small tree. Kind of reddish.”
Leigh snorts. “That’s a sapling, pinhead. A sibling’s a baby.”
“Butt sniff,” Emmett replies. The image is so richly animalistic that Adam will carry it with him into the corridors of middle age. That moment of bickering will make up a good share of everything he’ll recall of his sister Leigh.
Their father hushes the brawl and puts forward the candidates. There is tulip tree, fast-growing and long-lived, with showy flowers. There’s small, thin river birch, with peeling bark that you can use to make canoes. Hemlock forms big spires and fills up with small cones. Plus, it stays green, even under snow.
“Hemlock,” Leigh declares.
Jean asks, “Why?”
“Do I have to give my reasons?”
“Canoes,” Emmett says. “Why are we even voting?”
Adam’s face reddens until his freckles almost vanish. Near tears, in the press of impossible responsibility, trying to save others from terrible mistakes, he cries out, “What if we’re wrong?”
Their father keeps flipping through the book. “What do you mean?”
Jean answers. She has interpreted for her little brother since before he could speak. “He means, what if it’s not the right kind of tree for the sibling?”
Their father swats at the nuisance idea. “We just have to pick a nice one.”
Teary Adam isn’t buying. “No, Dad. Leigh is droopy, like her elm. Jean is straight and good. Emmett’s ironwood – look at him! And my maple turns red, like me.”
“You’re only saying that because you already know which tree is whose.”
Adam will preach the point to undergrad psych majors, when he’s even older than his father is on the night they pick a tree for unborn Charles. He’ll build a career on that theme: cuing, priming, framing, confirmation bias, and the conflation of correlation with causality – all these faults, built into the brain of the most problematic of large mammals.
“No, Daddy. We have to pick right. We can’t just choose.”