The Kingdom That Failed 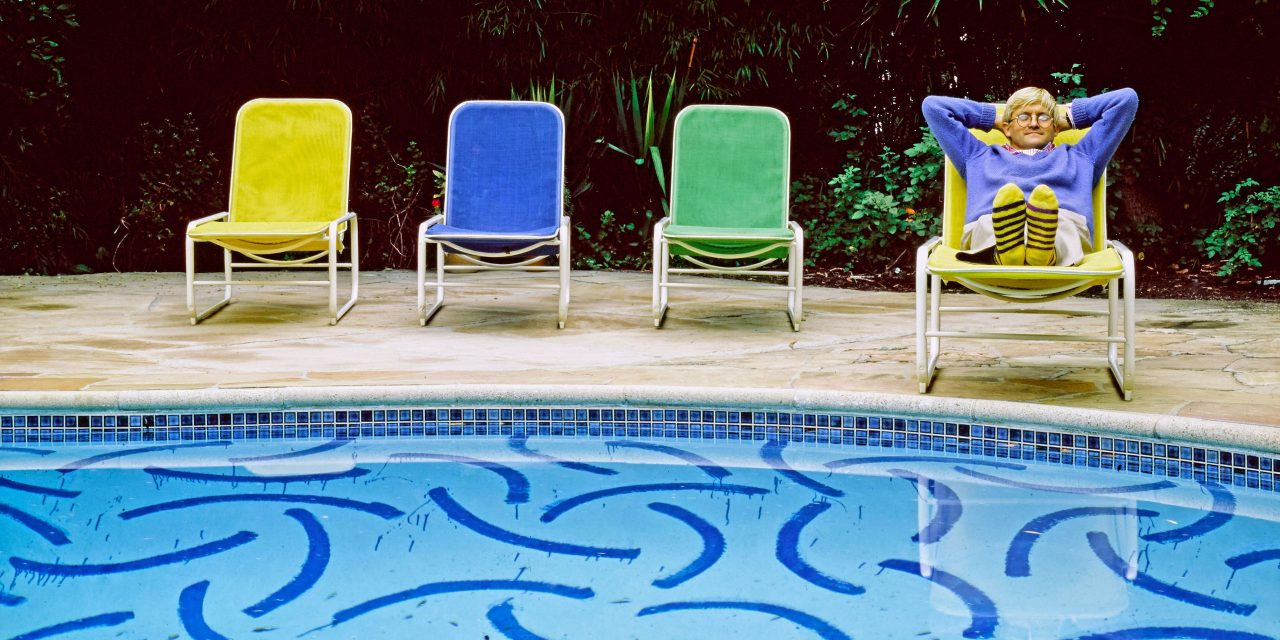 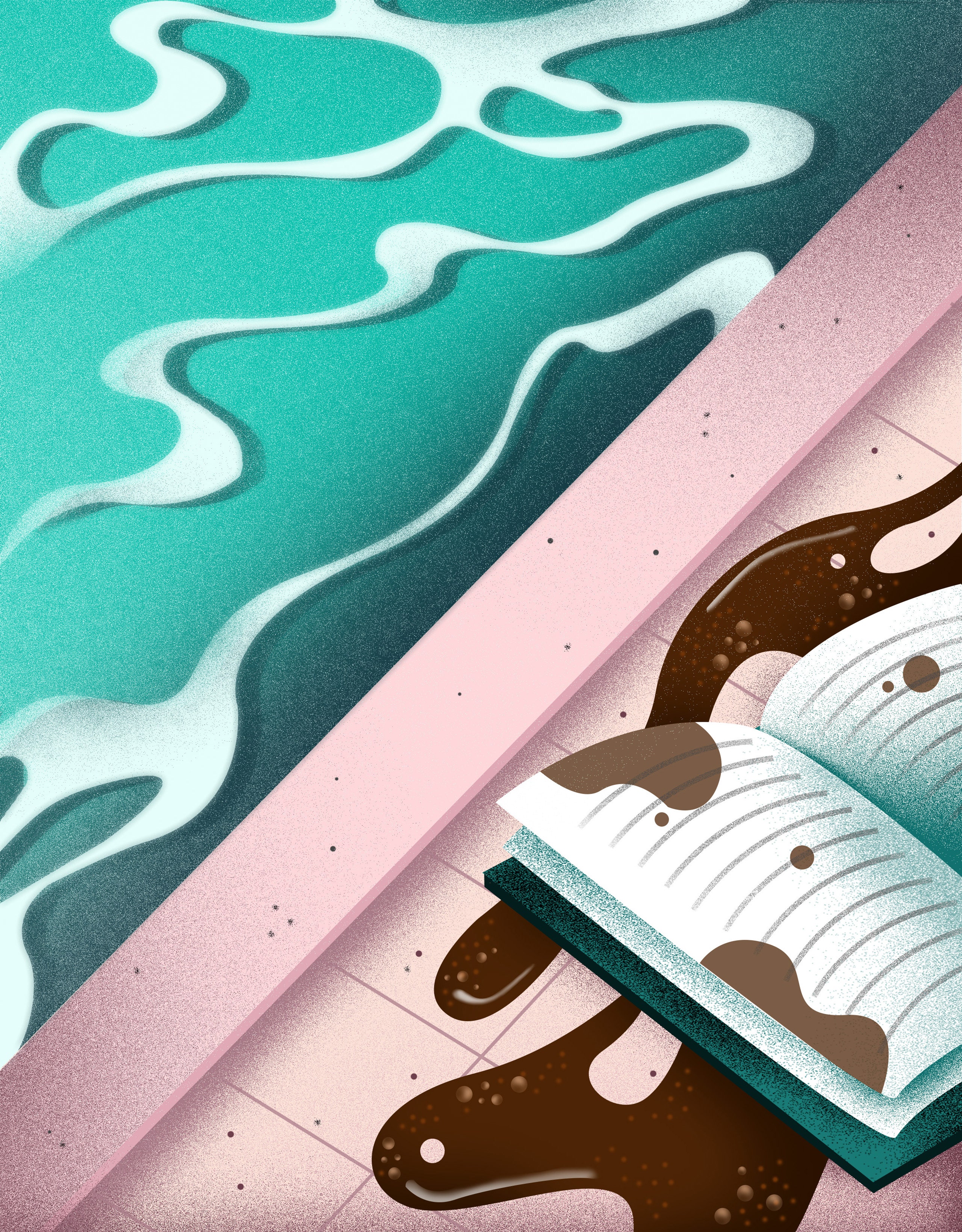 Just behind the kingdom that failed ran a nice little river. It was a clear, lovely stream, and many fish lived in it. Weeds grew there, too, and the fish ate the weeds. The fish didn’t care whether or not the kingdom had failed, of course. Whether it was a kingdom or a republic made no difference to them. They didn’t vote or pay taxes. Makes no difference to us, they figured.

I washed my feet in the stream. A short soak in the icy-cold water turned them red. From the stream, you could see the walls and the tower of the castle in the kingdom that failed. The two-colored flag still flew from the tower, fluttering in the breeze. Everyone passing along the riverbanks would see the flag and say, “Hey, look at that. It’s the flag of the kingdom that failed.”

Qand I are friends—or should I say, were friends in college. It’s been more than ten years since the two of us did anything that friends do. Which is why I use the past tense. Anyhow, we were friends.

Whenever I try to tell anyone about Q—to describe him as a person—I feel totally helpless. I’ve never been very good at explaining anything, but, even taking that into account, it’s a special challenge to try to explain Q to someone. And when I do try I’m overcome by a deep, deep sense of despair.

Let me make this as simple as I can.

Q and I are the same age, but he’s about five hundred and seventy times more handsome. He has a nice personality, too. He’s never pushy or boastful, and he never gets angry if someone accidentally causes a problem for him. “Oh, well,” he’ll say. “I’ve done the same thing myself.” But, in fact, I’ve never heard of him doing anything bad to anyone.

He was well brought up, too. His father was a doctor who had his own clinic on the island of Shikoku, which meant that Q never wanted for pocket money. Not that he was extravagant with it. He was a smart dresser and also an impressive athlete, who’d played interscholastic tennis in high school. He enjoyed swimming and went to the pool at least twice a week. Politically, he was a moderate liberal. His grades, if not outstanding, were at least good. He almost never studied for exams, but he never failed a course. He really listened to the lectures.

He was surprisingly talented on the piano, and he owned a lot of Bill Evans and Mozart records. His favorite writers tended to be French—Balzac and Maupassant. Sometimes he’d read a novel by Kenzaburo Oe or another writer. His critiques were always right on the mark.

He was popular with women, naturally enough. But he was not one of those “anyone he can get his hands on” type of guys. He had a steady girlfriend, a pretty sophomore from one of the fancy women’s colleges. They went out every Sunday.

Anyhow, that was the Q I knew in college. In short, he was a character without flaws.

Back then, Q lived in the apartment next door to mine. What with lending salt or borrowing salad dressing, we got to be friends, and soon we were at each other’s places all the time, listening to records, drinking beer. Once, my girlfriend and I drove out to the Kamakura shore with Q and his girlfriend. We were very comfortable together. Then, during the summer break of my senior year, I moved out, and that was that.

The next time I saw Q, almost a decade had gone by. I was reading a book by a swanky hotel pool near the Akasaka district. Q was sitting in the deck chair next to mine, and beside him was a beautiful long-legged woman in a bikini.

I knew right away that it was Q. He was as handsome as ever, and now, just over thirty, he evinced a certain dignity that he hadn’t had before. Young women walking by gave him a quick once-over.

He didn’t notice me sitting next to him. I’m a fairly ordinary-looking guy, and I was wearing sunglasses. I wasn’t sure whether I should talk to him, but in the end I decided not to. He and the woman were deep in conversation, and I hesitated to interrupt them. Besides, there wasn’t a lot that he and I could have talked about. “I lent you salt, remember?” “Hey, that’s right, and I borrowed a bottle of salad dressing.” We would have run out of topics quickly. So I kept my mouth shut and stuck to my book.

Still, I couldn’t help overhearing what Q and his pretty companion were saying to each other. It was a fairly complicated matter. I gave up trying to read and listened to them.

“I know, I know,” Q said. “I know exactly what you’re saying. But you’ve got to see it my way, too. I’m not doing this because I want to. It was the guys upstairs. I’m just telling you what they decided. So don’t look at me that way.”

Q let out a sigh.

Let me summarize their long conversation—filling in a good deal by way of imagination, of course. Q seemed to be now a director at a TV station or some such place, and the woman was a moderately well-known singer or actress. She was being let go from a project because of some sort of trouble or scandal she had become involved in, or maybe just because her popularity had declined. The job of informing her had been left to Q, who was the person most directly responsible for day-to-day operations. I don’t know much about the entertainment industry, so I can’t be sure of the finer points, but I don’t think I’m too far off over all.

Judging from what I heard, Q was discharging his duty with genuine sincerity.

“We can’t survive without sponsors,” he said. “I don’t have to tell you that—you know the business.”

“So you’re telling me that you don’t have any responsibility or say in the matter?”

“No, I’m not telling you that. But what I can do is really limited.”

Their conversation took another turn into a dead-end street. She wanted to know just how much he had exerted himself on her behalf. He insisted that he had done everything he could, but he had no way to prove it, and she didn’t believe him. I didn’t really believe him, either. The more sincerely he tried to explain things, the more a fog of insincerity came to hang over everything. But it wasn’t Q’s fault. It wasn’t anybody’s fault. Which was why there was no way out of this conversation.

It appeared that the woman had always liked Q. I sensed that they had got along well until this business came up. Which probably only added to the woman’s anger. In the end, though, she was the one who gave in.

When he heard that, Q breathed a sigh of relief and went off to the drink stand. The woman put on her sunglasses and stared straight ahead. By this time, I had read the same line in my book a couple hundred times.

Soon, Q came back with two big paper cups. Handing one to the woman, he lowered himself into his deck chair. “Don’t get too depressed about this,” he said. “Any day now you’ll—”

But, before he could finish, the woman threw her full cup at him. It caught him square in the face, and about a third of the Coca-Cola splashed onto me. Without a word, the woman stood up and, giving a little yank at the seat of her bikini, strode off without a backward glance. Q and I just sat there stunned for a good fifteen seconds. The people nearby were staring at us in shock.

Q was the first to regain his composure. “Sorry,” he said and held a towel out to me.

Looking slightly annoyed, he drew the towel back and used it to dry himself.

“At least let me pay for the book,” he said. It was true that my book was soaked. But it was just a cheap paperback, and not a very interesting one at that. Anyone who threw a Coke on it and prevented me from reading it was doing me a favor. He brightened up when I said that. He had the same great smile as always.

Q left at that point, apologizing to me once more as he stood to go. He had never realized who I was.

I decided to give this story the title “The Kingdom That Failed” because I happened to read an article in the evening paper that day about an African kingdom that had failed. “To see a splendid kingdom fade away,” it said, “is far sadder than seeing a second-rate republic collapse.”