There Are Little Kingdoms 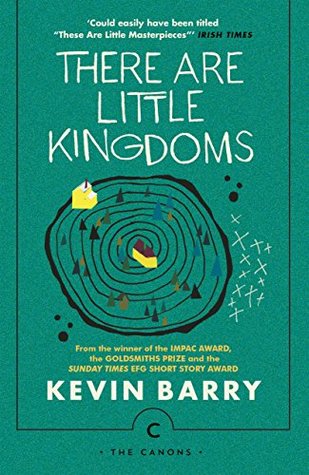 ‘Come on, John,’ said Madge, and she grabbed the car keys, ‘we’ll head for yours.’

You imagine the whole wife-swapping business would take four decisions but really it only takes three.

He moves across the low dip of the bottom fields, rat-faced with need and longing. His long arms swing with intent, one then the other in slow pendulum. He mutters onto his breath as he walks. He climbs over the fence and onto the Flaherty land. An old horse they keep, spared the knackers out of sentiment, regards him with due suspicion, with a knowingness, and returns to its cud with patent disgust. The Flaherty house arises, and he squints towards the yard to make sure there is no Rover jeep there. Lit with nerves and excitement, priapic in the sour light of noon, he approaches the kitchen window, and taps, and she comes to it at once. He blows a fog onto the pane. She unlatches the door, with a scowl, and he steps inside, with a quick squint over his shoulder, and he goes for her.

‘What are you talking about, Noreen? You told me come!’

The long arms swing out, beseeching.

‘I made a mistake. You can take off from here now and don’t mind the old shite talk. He’s only gone in for diesel.’

‘Don’t be telling lies! You wouldn’t have told me come if it was diesel. I have yokes.’

He shows the condom packet.

‘You come around here sniffing like a mutt!’ she hisses, and begins to cry. ‘I made the mistake before, I won’t make it again! Out!’

The Rover jeep pulls into the yard. Noreen freezes, then goes into convulsions, her breath rolls through her system in heavy gulps, and she grips the fridge to keep the feet beneath her. John Martin almost smiles: ah not this old dance again. From the window, he can see big Jim Flaherty pounding across the yard. This Flaherty is no gentle giant. He is carrot-topped, with a hair-trigger temper, and a specific distaste for John Martin on account of a previous situation involving lambs. Now he fills the kitchen door. Now he lays his eyes on John Martin.

‘Jim! The very man. I was only in looking for you. What I wanted to know, Jim, was had you the loan of a wire-cutters? I’ve only an auld bevel-edge below, no use at all for the job at hand. It’s a new boundary I’m putting up for the chickens, give them some bit of a run at least. They’d reef themselves if I went at it with the bevel-edge. What I’d need would be a semi-flush. Of course it’s a last-minute job, as usual. I have herself from the O.C.B. coming around to me. Today, would you believe, and I’m still at it. So would you ah… would you ah… The last minute man! Dancing with the devil in the pale moonlight.’

‘God, John, a semi-flush? I don’t know. I… don’t think so. No, John, no. I’m afraid not. Apologies. Nothing I can do to help you out there. Have you thought of Mangan, or Troy?’

‘And tell me, by the way, while we’re at it,’ and Jim Flaherty takes a dainty step back, a little dancing step back, and he blocks off the door with an arm to the jamb, an arm with the reach of a mid-sized crane. ‘Tell me, John. Where you parked?’

‘I see. You decided to park twelve hundred yards away. At a spot that is hidden from the open view. I see.’

‘Good man. So how long have you been sleeping with my wife?’

‘Noreen, love, would you ever go upstairs and lock yourself into the bathroom and put the key out under the door for me? I’ll deal with you in due course. John, you might take a seat by the fireplace, please.’

Noreen trots for the stairs. John Martin sits down on a straight-backed chair. Jim Flaherty takes a length of rope from beneath the sink. He comes across the floor, smiling softly in a pair of well-pressed denims.

‘I was wondering all along who it was,’ he says, ‘but you know I never once thought it’d be a Clare man! Then again, you’re nearly always surprised at what looks up at you out of the trap.’

He winds the rope gently but firmly around John Martin’s thin waist, around and around, and he knots it quickly and precisely. He takes a clean, ironed tea towel from a drawer and presents it to the bound farmer.

‘I want you to use this as a gag, John,’ he says. ‘It’ll stop you swallowing your tongue.’