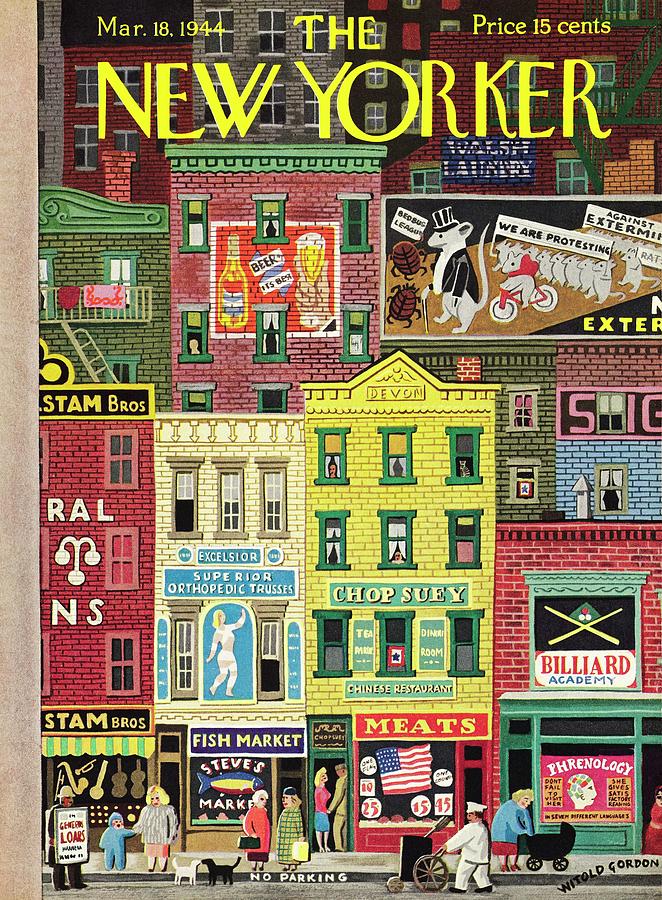 The midtown hotel restaurant was almost empty at eleven-thirty in the morning. Three waiters were talking in a corner, leaning against the wall. A young waitress was going from table to table and cleaning out the ashtrays with a wet rag. No one was seated at the larger tables in the middle of the room, but here and there, at the little tables that ran the length of the room at each side, a few late breakfasters lingered over their coffee, reading newspapers. The headwaiter appeared when two tall, blond girls came in, and escorted them to a table beside a pillar. They were almost identically dressed in black suits, with heavy furs over their arms. Both wore their almost-white hair in high, upswept pompadours. One wore a flat red hat tilted over her eyes. The other was bareheaded. Before they sat down, they put their furs over the backs of their chairs.

The girl with the red hat looked quickly about the room, pulled off her gloves, and then leaned forward to pick up the menu the headwaiter had placed before her.

“I can’t even see it,” she said wearily, and put it down. “Coffee is all I want. In fact, coffee is all I can stand. You tell him, darling.”

“Two coffees,” the other girl said to the waiter who was standing beside their table. As soon as he had gone, she leaned forward. “It must have been too awful,” she said in an excited whisper. “You really look terrible.”

The girl with the red hat shook her head slowly and her eyes closed. “Darling,” she said, “it was just that. I’ve never been through such an evening in my whole life. Those horrible people that Milt has to entertain on business. How he stands them I don’t know. God knows I can’t. When that buyer from the Coast started to tell me about his sex life, I thought I would be sick. Actually.” She spoke quietly, but her voice rose at the end of each sentence. She lit a cigarette and waved the match out. “What I mean is, you’d think he’d use a newer approach. Telling me about his wife in the sanitarium, while he pawed and pawed. I just had to keep drinking in order to get him off the couch once in a while to bring me another highball while I got my strength back.”

She stopped and they both watched the waiter put down the cups and pour the coffee. They stirred and sipped. The girl with the red hat put her cup down so abruptly that the coffee spilled over into the saucer. She put her hand up to her head.

“Honestly,” she said, “if I have to get another cigar burn in my evening frock on account of Milt’s customers, I’ll go out of my head. And then there’s that author, whatever his name is.”

“Austin Gray?” said the other girl. “He’s an advertising man, darling. Not an author.”

“I don’t care what he is. Last night he tried to tell me that Jean McNeill lost that modelling job because she was drunk all the time. I said, ‘Jean McNeill is one of my best friends and I simply won’t listen to such—’ ”

She stopped suddenly, her coffee cup in midair. From directly behind her came a woman’s loud voice: “He should be here. He should be here to see me and tell me what’s wrong with me, the lousy psychiatrist. He’s an expert, all right, and he’d be delighted to tell me and everybody else in this room what’s wrong with me. He’s an expert about anything he wants to put his mind to. Just go and find him and tell him his wife is here in a fashionable rat trap with her faculties badly impaired. Tell him to bring my nephew with him, too, damn him.”

The voice, loud enough to be heard all through the dining room, stopped as suddenly as it had begun. The girl with the red hat, her coffee cup still in her hand, turned completely around to see where it had come from. Slouched down on a banquette behind her wall table was a middle-aged woman, expensively dressed, with her hair in a stringy mass around her head. Her eyes were dull and her cheeks were lined and heavily rouged. She was hugging herself as if she were cold and she seemed unconscious of the fact that there was anyone else in the room.

The girl with the red hat turned slowly back and stared at her companion, her eyes wide. “My God,” she whispered. “I was never so scared in my life. Did you hear that? Who is she?”

The other girl glanced expectantly around the room. The three waiters showed no signs of moving from their corner. The headwaiter, his back to them, was talking to a bus boy by the kitchen doors. When the woman had started talking, people had looked up, but now they were reading their newspapers again.

The voice began again flatly, “I apologize. I apologize for existing. I don’t know why I’m here, either. I didn’t ask to come here and if there was one single person in this world with any guts, they’d put me out of the way. Alexis Carrel stuff. Ask him. He can tell you how he made a lump of tissue live for years in a little salt water. Filled up a whole laboratory with itself. Filled up a whole building.”

There was a pause, and the two girls stared at each other.

“I’m going to stop this,” the voice said. “Got to stop being a lump. Got to start trying to be a social being, end quote. My distinguished husband, my distinguished expert says that, so must give him credit.”

The woman put her hands out to pull herself upright and hit her ashtray, spilling cigarette butts all over the tablecloth. She looked around wildly. “Got to apologize,” she said. “Got to apologize to these other ladies and gentlemen for not being a social being. Not a lady.”

The room was silent except for the clink of silverware from the kitchen.

“I can’t move,” the woman on the banquette cried.

The girl with the red hat crushed out her cigarette in her coffee saucer, took a dollar bill out of her pocketbook, and put it on the table. Then she reached behind her and pulled her fur over her shoulder. “I’m getting out of here,” she announced. “And right now.”

The other girl nodded and they both stood up, picked up their gloves, and started out. The woman on the banquette was trying to put the spilled cigarettes back in the tray. The two girls stared straight ahead as they went past her. When they got to the door they both started to talk excitedly.

“Honestly,” said the girl in the red hat, “have you ever? It’s getting so you just can’t go anywhere.”