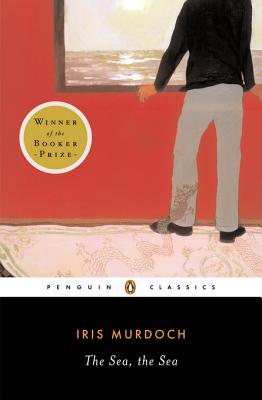 ‘Every persisting marriage is based on fear,’ said Peregrine. Fear is fundamental, you dig down in human nature and what’s at the bottom? Mean spiteful cruel self-regarding fear, whether it makes you put the boot in or whether it makes you cower. As for marriage, people simply settle into positions of domination and submission. Of course they sometimes ‘grow together’ or ‘achieve a harmony’, since you have to deal rationally with a source of terror in your life. I suspect there are awfully few happy marriages really, only people conceal their misery and their disappointment. How many happy couples do we know? All right, Sid and Rosemary, and they’ve got nice children, and they talk to each other, they never stop chattering, it’s a kind of miracle, but do we really know, and how much longer will it last? I can’t think of any others, though I know several that look OK, only I happen to see behind the scenes! God, Charles, you were a wise man never to get married. You stayed free. Like Wilfred Dunning. Never put on a collar and chain. Christ, I loathe women. But I can’t get going on the other tack either. And you needn’t blush and look coy, I never fancied you. I know what you got up to with Fritzie Eitel! No – but I’d have had old Wilfred if he’d asked me. What did old Wilfred do for sex? No one ever knew. Perhaps he didn’t have any, and if so good on him. I still miss Wilfred. He was a sweet man. And he was generous, he liked to be the cause that wit is in other men. God, he inspired me. Getting drunk with old Wilfred was like–hell, what was it like? Did you know Lizzie Scherer was living with Gilbert Opian? I think that’s smart of both of them.’ ‘I miss Wilfred too. Yes, I heard about Lizzie.’ One of my minor motives in going to see Peregrine had been to find out if there was really any gossip going round about me and Lizzie, .and if so to scotch it. Apparently Perry had heard nothing. ‘So you and Pamela– ?’ ‘That’s over, really. I mean, she still lives in the house, but we don’t communicate. That’s hell, Charles, hell, like you don’t know. To be tied to someone where all the sources of speech are fouled up and poisoned. Everything you say is wrong or vile. Christ, I’m a rotten picker. First that bitch Rosina, then a friend like Pam. Seen Rosina lately?’ ‘No.’ ‘Nor have I, but every time I turn on the television there she is, that’s a bloody curse. I suppose I loved her once. Or it was just that she made me feel like Mark Antony. Penché sur elle l’ardent impérator… All I saw in Rosina’s eyes was a reflection of myself. Then I saw the divorce court. The trouble with Rosina is she wants every man: Julius Caesar, Jesus Christ, Leonardo, Mozart, Wilamowitz, Mr Gladstone, D. H. Lawrence, Jimmy Carter–you name him, she wants him. I suppose you wouldn’t like to take Pam off my hands too, would you? No? Ah well, I can’t convey to you what it’s like, like a fight with knives, and really it’s still going on – we haven’t either of us got the sheer bloody strength to start arranging the divorce. Divorce proceedings are hell, you’ve got to think, you’ve got to decide, you’ve got to lie. I believe she’s got another chap, I don’t want to know. She goes away a lot, I only wish she didn’t keep coming back, I suppose it’s convenient. The sheer endless destructive bloody spitefulness, the wanton breaking of all the little tentacles of tenderness and joy, all the little spontaneous nonsenses that connect one human being with another. I do try to communicate with her sometimes, and she says the most hurtful thing she can think of in reply. One’s soul becomes numb with the endless blows – and of course one becomes a sort of fiend oneself, that goes without saying, one becomes ingenious in evil. I’ve seen it in other cases, the spouse who feels guilty, even irrationally, is endlessly the victim of the whims of the other, and can take no moral stand. That leads to mutual terrorism. And oh, when we still used to sleep together, lying awake at night and finding one’s only consolation in imagining in detail how one would go downstairs and find a hatchet and smash one’s partner’s head in and mash it into a bloody pudding on the pillow! Ah, Charles, Charles, you know nothing of these marital joys. Have some more whisky.’