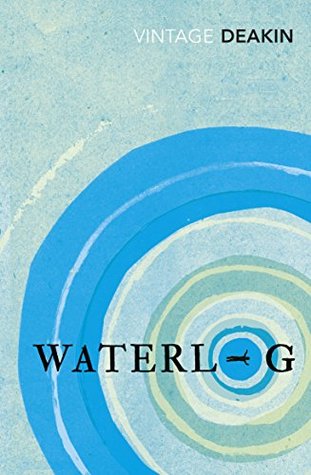 I wanted to follow the rain on its meanderings about our land to rejoin the sea, to break out of the frustration of a lifetime doing lengths, of endlessly turning back on myself like a tiger pacing its cage. I began to dream of secret swimming holes and a journey of discovery through what William Morris, in the title to one of his romances, called The Water of the Wondrous Isles. My inspiration was John Cheever’s classic short story ‘The Swimmer’, in which the hero, Ned Merrill, decides to swim the eight miles home from a party on Long Island via a series of his neighbours’ swimming pools. One sentence in the story stood out and worked on my imagination: ‘He seemed to see, with a cartographer’s eye, that string of swimming pools, that quasi-subterranean stream that curved across the county.’

I was living by myself, feeling sad at the end of a long love, and, as a freelance film-maker and writer, more or less free to commit myself to a journey if I wanted to. My son, Rufus, was also on an adventure Down Under, working in restaurants and surfing in Byron Bay, and I missed him. At least I could join him in spirit in the water. Like the endless cycle of the rain, I would begin and end the journey in my moat, setting out in spring and swimming through the year. I would keep a log of impressions and events as I went.

My earliest memory of serious swimming is of being woken very early on holiday mornings with my grandparents in Kenilworth by a sudden rain of pebbles at my bedroom window aimed by my Uncle Laddie, who was a local swimming champion and had his own key to the outdoor pool. My cousins and I were reared on mythic tales of his exploits – in races, on high boards, or swimming far out to sea – so it felt an honour to swim with him. Long before the lifeguards arrived, we would unlock the wooden gate and set the straight, black, refracted lines on the bottom of the green pool snaking and shimmying. It was usually icy, but the magic of being first in is what I remember. ‘We had the place to ourselves,’ we would say with satisfaction afterwards over breakfast. Our communion with the water was all the more delightful for being free of charge. It was my first taste of unofficial swimming.

Years later, driven mad by the heat one sultry summer night, a party of us clambered over the low fence of the old open-air pool at Diss in Norfolk. We joined other silent, informal swimmers who had somehow stolen in, hurdling the dormant turnstiles, and now loomed past us in the water only to disappear again into the darkness like characters from Under Milk Wood. Such indelible swims are like dreams, and have the same profound effect on the mind and spirit. In the night sea at Walberswick I have seen bodies fiery with phosphorescent plankton striking through the neon waves like dragons.

The more I thought about it, the more obsessed I became with the idea of a swimming journey. I started to dream ever more exclusively of water. Swimming and dreaming were becoming indistinguishable. I grew convinced that following water, flowing with it, would be a way of getting under the skin of things, of learning something new. I might learn about myself, too. In water, all possibilities seemed infinitely extended. Free of the tyranny of gravity and the weight of the atmosphere, I found myself in the wide-eyed condition described by the Australian poet Les Murray when he said: ‘I am only interested in everything.’ The enterprise began to feel like some medieval quest. When Merlin turns the future King Arthur into a fish as part of his education in The Sword in the Stone, T. H. White says, ‘He could do what men always wanted to do, that is, fly. There is practically no difference between flying in the water and flying in the air . . . It was like the dreams people have.’