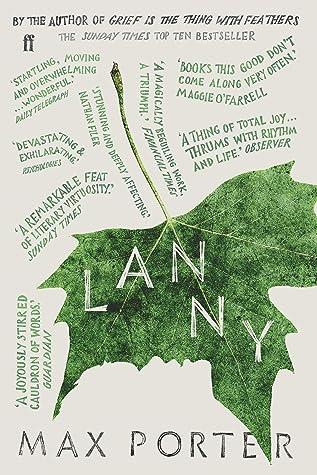 At that time I was into finding and cleaning the skeletons of dead things. Mostly birds. I would pull them apart, coat them in gold leaf, reassemble them wrongly and suspend them from wire frames. Little mobiles of badly made birds. I’d done a dozen or so. The gallery wanted something to show. To sell.

I was also taking casts of different barks. I was setting them in boxes with scraps of text.

She came down to the studio one morning and brought me a branch with two perfect arms. She’d seen a carved man I’d done.

We’d gone from chatting in the street now and then to her popping in for a tea once or twice a week. Sometimes with Lanny, sometimes alone. They’d only lived in the village a year or two.

She’d seen a rough-cut man I’d done, a Christ without a cross, and she’d seen the possibility of another in this fallen branch.

You are most kind, I said.

I liked her. Good for a natter. Warm, with a good eye for things. I often showed her my work and she had interesting things to say. She made me laugh, but she knew when to piss off. Seemed to know when I wasn’t sociable.

She was an actor, had done plays, a bit of TV. She told stories about all that. About all those arseholes in that business. It never sounded a million miles from the art world back in the day.

She didn’t miss the acting work but she got bored sometimes, when Lanny went to school, when her husband went in to the city. She was writing a book, she said. A murder thriller.

It is very bloody and horrid, she said, but thrilling.

Often she would sit with me while I worked. She’d bought one of my pieces, without me knowing, from the gallery. One of my good big reliefs. I said I would have given her mate’s rates if I’d known and she said, Exactly, Pete.

She used to fiddle with whatever was lying around.

Bits of wire. A pencil. Some twigs.

Make something, by all means, I once said.

Oh no I’m hopeless with visual things, she said.

And I remember thinking what a strange and sad thing that was to say.

Someone must have said something to her to make a notion like that stick.

I thought of my mum. Someone said to my mother once when she was very young that she couldn’t hold a tune. So she never sang or whistled in her life. I can’t sing, she’d say.

Wasn’t til a lot later after she was gone that I recognised that for the preposterous notion it was.

So she’s sat at my table poking crumbled lichen into a pile while we chat about the new glass cube monstrosity being built on Sheepridge Hill.

First she makes a neat shape. Flattens it. Divides in two. Pinches it into two lines. Nudges the two lines in and out of contact so she’s got a little row of green-grey teeth. Pats it down rectangular and uses her nail to make the edges clean, then she dabs a perfect circle in the middle with a wet fingertip.

Hopeless with visual things, but sitting there keeping a small pile of dried moss moving into half a dozen lovely shapes, absently making pictures on my kitchen table.

She looks up at me and says she knows I’m busy and she knows I’m famous, but if it isn’t too stupid an idea could I give young Lanny some art lessons.

I told her that much as I liked the lad and enjoyed my chats with him, I couldn’t imagine anything worse than teaching art.

I’m a miserable solitary bastard and can hardly hold a pencil, I said.

And she laughed, and said she understood, and then off she drifted in that nice way she has. Responsive to the light, I would call it. The type of person who is that little bit more akin to the weather than most people, more obviously made of the same atoms as the earth than most people these days seem to be. Which explains Lanny.

So she left, that morning, and I sat and breathed in the atmosphere of her visit and thought a lot about women growing up, being a girl in the world, and I missed my mum then, and my sister, and some women I’ve known, and I carefully laid tiny flakes of gold onto the skull of a robin and hummed ‘Old Sprig of Thyme’ to myself.