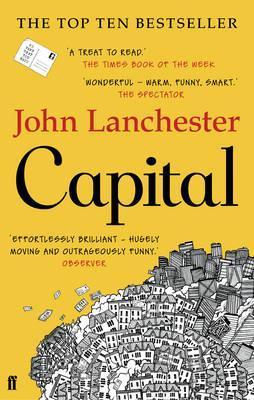 ‘There are a few things we need to eliminate,’ the doctor said. ‘A brain tumour is the first of them.’

‘I have a brain tumour?’ asked Petunia. She saw a tiny flicker in the man which showed that he did in fact think it possible that was what she had; it might even have been the thing he thought likeliest. But he didn’t admit that, what he said, in a patient, irritated way, was:

‘No. When we talk about “eliminating” something we mean ruling it out as the cause of an illness. So we go through the list of possible causes, and we eliminate them one by one and the one we’re left with is what’s wrong with you, you understand? It’s not to do with curing the tumour; it’s about finding out whether you have one. Is that clear?’

Petunia had always been prone to seeing things from the other person’s point of view. This was supposed to be a virtue but Petunia herself sometimes wondered if it had in her become a fault; like her quietness and modesty, her reluctance to draw attention to herself or get above herself, it was a positive quality which she had taken too far. She had a glimpse of how she must seem to this confident, cross man: a small old mousy woman who needed to have things said twice, who took up very little space; she was just one of the dozens of people with whom he’d have dealings today.

‘I understand. Do you think I have a tumour?’ said Petunia. The doctor looked at her, his red face immobile, and was clearly giving her some credit for understanding what was at stake, as well as for her directness. Petunia felt, with a twinge of self-dislike, that she liked the fact that the doctor was taking more notice of her.

‘I think you may. I wouldn’t say that it is probable, but it is possible and it is something which we can eliminate fairly quickly. You will have to have a CAT scan, and that’ll tell us.’

‘Is that the one where you go into a sort of tunnel?’

The doctor did not smile but his expression lightened a little.

‘Yes. I hope you don’t have claustrophobia?’

She could tell he’d asked the question before.

The doctor began doing things on his computer. He gave Petunia a date for the scan, ten days away. Now that he was well on the way to getting rid of her, he became more friendly. He asked for her appointment card and wrote the date on it.

‘Now you won’t forget, will you?’ said the doctor. He was trying to be nice; for him this was flirtatious. Petunia, who had spent so much of her life appeasing, managing, a difficult man, couldn’t find it in herself to do anything other than play along.