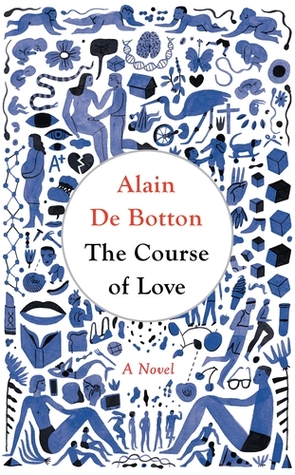 He is on a long drive down to Manchester for a client meeting. This is where he can think best, very early in the morning, in the car with the roads almost entirely clear and no one to talk to but himself.

Once, you were deemed ready for matrimony when you’d reached certain financial and social milestones: when you had a home to your name, a trousseau full of linen, a set of qualifications on the mantelpiece, or a few cows and a parcel of land in your possession.

Then, under the influence of Romantic ideology, such practicalities grew to seem altogether too mercenary and calculating, and the focus shifted to emotional qualities. It came to be thought important to have the right feelings, among these a sense of having hit upon a soul mate, a faith in being perfectly understood, a certainty of never wanting to sleep with anyone else again.

The Romantic ideas are, he knows now, a recipe for disaster. His readiness for marriage is based on a quite different set of criteria. He is ready for marriage because – to begin the list – he has given up on perfection.

Pronouncing a lover “perfect” can only be a sign that we have failed to understand them. We can claim to have begun to know someone only when they have substantially disappointed us.

However, the problems aren’t theirs alone. Whomever we could meet would be radically imperfect: the stranger on the train, the old school acquaintance, the new friend online . . . Each of these, too, would be guaranteed to let us down. The facts of life have deformed all of our natures. No one among us has come through unscathed. We were all (necessarily) less than ideally parented: we fight rather than explain, we nag rather than teach, we fret instead of analyzing our worries, we lie and scatter blame where it doesn’t belong.

The chances of a perfect human emerging from the perilous gauntlet are nonexistent. We don’t have to know a stranger very well before knowing this about them. Their particular way of being maddening won’t be immediately apparent—it could take as long as a couple of years—but its existence can be theoretically assumed from the start.

Choosing a person to marry is hence just a matter of deciding exactly what kind of suffering we want to endure rather than of assuming we have found a way to skirt the rules of emotional existence. We will all by definition end up with that stock character of our nightmares, “the wrong person.”

This needn’t be a disaster, however. Enlightened romantic pessimism simply assumes that one person can’t be everything to another. We should look for ways to accommodate ourselves as gently and as kindly as we can to the awkward realities of living alongside another fallen creature. There can only ever be a “good enough” marriage.

Rabih feels ready for marriage because he has despaired of being fully understood.

Love begins with the experience of being understood in highly supportive and uncommon ways. They grasp the lonely parts of us; we don’t have to explain why we find a particular joke so funny; we hate the same people; we both want to try that rather specialized sexual scenario.

It cannot continue. When we run up against the reasonable limits of our lovers’ capacities for understanding, we mustn’t blame them for dereliction. They were not tragically inept. They couldn’t fully fathom who we were—and we did likewise. Which is normal. No one properly gets, or can fully sympathize with, anyone else.

Rabih feels ready for marriage because he realizes he is crazy.

It’s profoundly counterintuitive for us to think of ourselves as mad. We seem so normal and mostly so good—to ourselves. It’s everyone else who is out of step . . . and yet, maturity begins with the capacity to sense and, in good time and without defensiveness, admit to our own craziness. If we are not regularly deeply embarrassed by who we are, the journey to self-knowledge hasn’t begun.