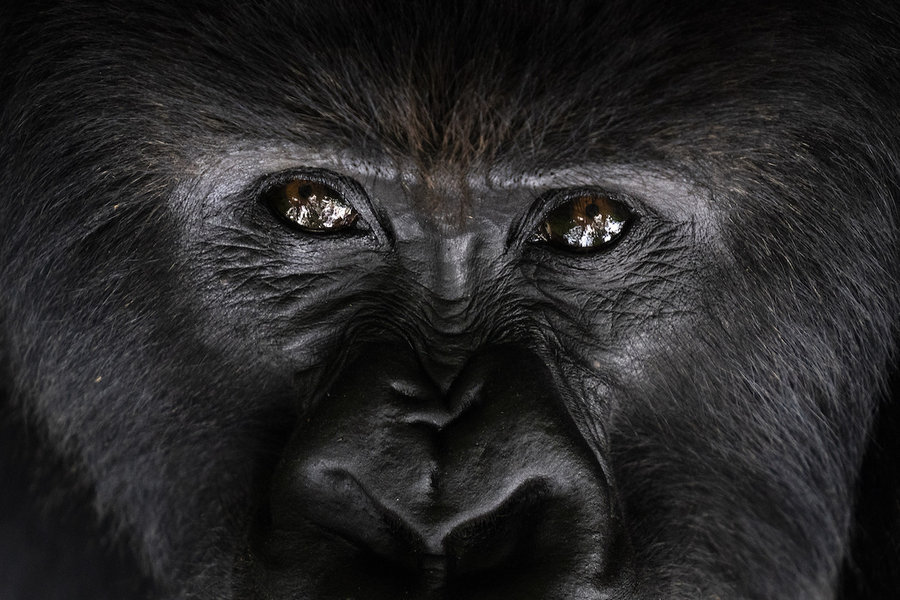 Just after four in the morning, Nze stuck his head through the tent-flap. ‘Psst!’ he said. ‘Dr Lary! Let me in!’
Lary, coughing his odd, dry, rapid little cough, switched on his torch and undid the ties.
‘I’m dying!’ said Nze, on all-fours, fixing Lary with his right eye and the roof of the tent with his left. ‘My piss. It’s full of pus.’
‘The wages of sin,’ said Lary, considering the idea. ‘The Makao pox.’
I unzipped the map-pocket of my bergen and found the medical notes. I read out Dr Peterson’s first entry. ‘AMOXIL: This is a Penicillin derivative useful for any sort of bacterial infection, particularly respiratory infections, urinary infections, and even venereal infections. The dose, under most circumstances, is one capsule three times a day, but in suspected gonorrhea it may be useful to take twelve in one go.’
Lary found the canister in the medicine-pack and counted twelve long, yellow capsules on to Nze’s palm.
Nzo, in a little voice said, ‘That’s too many.’
‘Too many girls,’ said Lary firmly, pushing Nze back on his haunches, unscrewing the top of my water-bottle. ‘No sex for a week.’
‘A week?’ said Nze, panic in both eyes.

The tops of the trees grew distinct: there came a long series of hoots in a descending scale, dying away to a single soft boo, the saddest call in the forest, the lament of the Dwarf hornbill, clear, focused by the cool dawn air trapped beneath the canopy, a note of quiet misery – which was at once overwhelmed in a chorus of barks, wild staccato barks that gave out in bursts of obscene hilarity, deep dirty chuckles: a troop of Grey-cheeked mangabeys proclaiming their territory, announcing their home range, cracking jokes. And an hour later, on the march, something barked at five times the volume, a stomach-rumbling, deep, rising roar.
Marcellin swung round. ‘Gorilla!’ he yelled, showing the whites of his eyes.
‘Wooo!’ sang Muko.
‘Bonzo!’ said Lary.
‘His nest! His bed!’ said Marcellin, dropping to his knees at the base of a big tree. ‘An old male! A lonely old male!’ He patted the centre of a squashed-flat circle of leaves and twigs.
‘How do you know?’ I said squatting beside him. ‘Smell?’ (It smelt rank, musty.)
Marcellin stood up. ‘Of course not! What do you think I am? A pygmy?’
‘Pygmies,’ said Lary, taking a swig from his water-bottle. ‘Great guys.’
Marcellin stepped back, peered up into the tree. ‘The old male, he makes his nest on the ground. His family, the wives, the children, they build platforms to sleep on, beds in the branches. Here, there are no nests in the trees, so he has no family. He’s old. He’s very old. He’s too old for sex!’