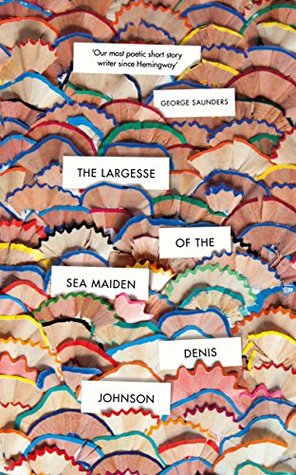 After dinner, nobody went home right away. I think we’d enjoyed the meal so much we hoped Elaine would serve us the whole thing all over again. These were people we’ve gotten to know a little from Elaine’s volunteer work—nobody from my work, nobody from the ad agency. We sat around in the living room describing the loudest sounds we’d ever heard. One said it was his wife’s voice when she told him she didn’t love him anymore and wanted a divorce. Another recalled the pounding of his heart when he suffered a coronary. Tia Jones had become a grandmother at the age of thirty-seven and hoped never again to hear anything so loud as her granddaughter crying in her sixteen-year-old daughter’s arms. Her husband, Ralph, said it hurt his ears whenever his brother opened his mouth in public, because his brother had Tourette’s syndrome and erupted with remarks like “I masturbate! Your penis smells good!” in front of perfect strangers on a bus or during a movie, or even in church.

Young Chris Case reversed the direction and introduced the topic of silences. He said the most silent thing he’d ever heard was the land mine taking off his right leg outside Kabul, Afghanistan.

As for other silences, nobody contributed. In fact, there came a silence now. Some of us hadn’t realized that Chris had lost a leg. He limped, but only slightly. I hadn’t even known he’d fought in Afghanistan. “A land mine?” I said.

“Can we see it?” Deirdre said.

“I mean the part that’s still there!”

Shocked laughter. We started talking about the most ridiculous things we’d ever kissed. Nothing of interest. We’d all kissed only people, and only in the usual places. “All right, then,” Chris told Deirdre. “Here’s your chance for the conversation’s most unique entry.”

Although none of us showed it, I think we all felt a little irritated with Deirdre. We all wanted to see.

Morton Sands was there, too, that night, and for the most part he’d managed to keep quiet. Now he said, “Jesus Christ, Deirdre.”

Chris pulled up his right pant leg, bunching the cuff about halfway up his thigh, and detached his prosthesis, a device of chromium bars and plastic belts strapped to his knee, which was intact and swivelled upward horribly to present the puckered end of his leg. Deirdre got down on her bare knees before him, and he hitched forward in his seat—the couch; Ralph Jones was sitting beside him—to move the scarred stump within two inches of Deirdre’s face. Now she started to cry. Now we were all embarrassed, a little ashamed.

For nearly a minute, we waited.

If you have come to help me…