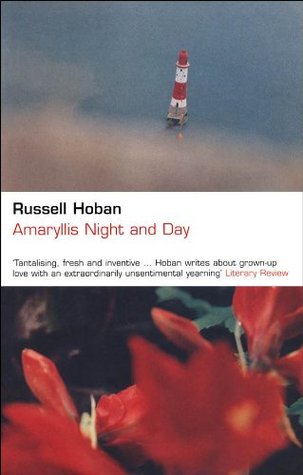 I’ve already gone into our conversation about my bird-women. That took place a few months after I asked her to move in with me and she said no. As I think of it now I know we’d have driven each other crazy but at the time her refusal shook me and I had to accept that something had gone out of what we had at the beginning. People say, ‘Let’s cut to the chase,’ when they want to bypass all the introductory material and get to the heart of the matter but maybe in matters of love the introductory materials is the heart of the matter – that mutually respectful recognition that doesn’t want to lose any of the goodness of the thing by hurrying. Lenore and I had certainly cut to the chase and I know now that something was lost in the process. ‘It’s how you enter a room that matters,’ a woman once said to me, and more and more I think she was right.

Lenore and I had walked the maze and declared it was for ever in January 1993 but by the end of the summer what we had between us seemed less and less like love. She rarely showed me her notebooks any more whereas when we were first together she was keen for me to see her notes and sketches almost daily, and even though she tended to be pompous in her remarks about seeing she was almost childishly proud of her sketches and her words and she was eager for my praise. Her drawings were excellent, her verbal observations were sharp, and I was able to say the sort of things she wanted to hear while slipping in a useful comment from time to time.

We did the things that lovers do: we went to concerts and the opera, saw films, drank at pubs, dined at restaurants, cooked for each other, visited museums and the National Gallery, took long walks along the river. Lenore liked Messiaen, Ligeti, Boulez, Birtwhistle (‘I have no time,’ she asserted, ‘for composers who try to please, except when I’m in the mood for Antonio Carlos Jobim’), Tosca (‘I love it’ she said, ‘when she sticks the knife in Scarpia, there’s real chemistry there. He was hot to penetrate her but she penetrated him first’), The Vanishing (‘Women get buried alive all the time in one way or another. He made it happen when he let her out of his sight – he stopped seeing her, stopped perceiving her, and that was the beginning of the end for both of them’), the Zetland Arms (‘If they have John Smith bitter they ought to have Pochontas lager’), the Blue Elephant (‘I bet in Bangkok they’re queuing up at Burger King’), mushroom soup (hers), wiener schnitzel (mine), Tyrannosaurus Rex (‘If he’d been able to climb the Empire State Building they might have made a film about him’), Velasquez (‘Is her rear view nicer than mine?’), and the Battersea Power Station (‘Why don’t they stand it right-side-up?’).