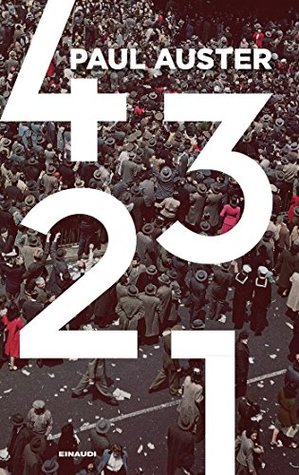 On the other hand, he did have his inspired moments, inexplicable jags of rambunctiousness when something in him was temporarily set free and he turned into a joking, daredevil prankster, as, for example, the night when he showed off for her in the kitchen of her parents’ apartment by juggling three raw eggs, keeping them aloft in a dazzle of speed and precision for a good two minutes before one of them went splat on the floor, at which point he let the other two go splat on purpose, apologizing for the mess with a silent comedian’s shrug and a one-word declaration: Whoops.

They saw each other once or twice a week over the course of those four months, and even if Rose couldn’t give her heart to Stanley in the way he had given his heart to her, she was grateful to him for having picked her up from the ground and set her on her feet again. All things being equal, she would have been content to go on as they were for some time, but just as she was beginning to feel comfortable with him, to enjoy the game they were playing together, Stanley abruptly changed the rules.

It was late January 1944. In Russia, the nine-hundred-day siege of Leningrad had just ended; in Italy, the Allies were pinned down by the Germans at Monte Cassino; in the Pacific, American troops were about to launch an assault on the Marshall Islands; and on the home front, at the edge of Central Park in New York City, Stanley was proposing marriage to Rose. A bright winter sun was burning overhead, the cloudless sky was a deep and glittering shade of blue, the crystalline blue that engulfs New York only on certain days in January, and on that sun-filled Sunday afternoon thousands of miles from the bloodshed and slaughter of the interminable war, Stanley was telling her that it had to be marriage or nothing, that he worshipped her, that he had never felt this way about anyone, that the entire shape of his future depended on her, and if she turned him down, he would never see her again, the thought of seeing her again would simply be too much for him, and therefore he would disappear from her life for good.

She asked him for a week. It was all so sudden, she said, so unexpected, she needed a little time to think it over. Of course, Stanley said, take a week to think it over, he would call her next Sunday, one week from today, and then, just before they parted, standing at the Fifty-ninth Street entrance to the park, they kissed for the first time, and for the first time since they had met, Rose saw tears glistening in Stanley’s eyes.

The outcome, of course, was written long ago. Not only does it appear as an entry in the all-inclusive, authorized edition of The Book of Terrestrial Life, but it can also be found in the Manhattan Hall of Records, where the ledger informs us that Rose Adler and Stanley Ferguson were married on April 6, 1944, exactly two months before the Allied invasion of Normandy. We know what Rose decided, then, but how and why she came to her decision was a complex matter. Numerous elements were involved, each one working in concert with and in opposition to the others, and because she was of two minds about all of them, it turned out to be a trying, tormented week for Ferguson’s future mother. First: Knowing Stanley to be a man of his word, she recoiled at the thought of never seeing him again. For better or worse, after Nancy he was now her best friend. Second: She was already twenty-one, still young enough to be considered young but not as young as most brides were back then, since it wasn’t uncommon for girls to put on wedding gowns at eighteen or nineteen, and the last thing Rose wanted for herself was to remain unmarried. Third: No, she didn’t love Stanley, but it was a proven fact that not all love-marriages turned into successful marriages, and according to what she had read somewhere, the arranged marriages prevalent in traditional foreign cultures were no more or less happy than marriages in the West. Fourth: No, she didn’t love Stanley, but the truth was that she couldn’t love anyone, not with the Big Love she had felt for David, since Big Love comes only once in a person’s lifetime, and therefore she would have to accept something less than ideal if she didn’t want to spend the rest of her days alone. Fifth: There was nothing about Stanley that annoyed her or disgusted her. The idea of having sex with him did not repel her. Sixth: He loved her madly and treated her with kindness and respect. Seventh: In a hypothetical discussion about marriage with him just two weeks earlier, he had told her that women should be free to pursue their own interests, that their lives should not revolve exclusively around their husbands. Was he talking about work? she asked. Yes, work, he answered – among other things. Which meant that marrying Stanley would not entail giving up Schneiderman, that she could go on with the job of learning how to become a photographer. Eighth: No, she didn’t love Stanley. Ninth: There were many things about him that she admired, there was no question that the good in him far outweighed the not-so-good, but why did he keep falling asleep at the movies? Was he tired from working long hours at his store, or did those drooping eyelids suggest some lack of connection to the world of feelings? Tenth: Newark! Would it be possible to live there? Eleventh: Newark was definitely a problem. Twelfth: It was time for her to leave her parents. She was too old to be in that apartment now, and much as she cared for her mother and father, she despised them both for their hypocrisy – her father for his unrepentant skirt chasing, her mother for pretending to ignore it. Just the other day, quite by accident, as she was walking to lunch at the automat near Schneiderman’s studio, she had caught sight of her father walking arm in arm with a woman she had never seen before, a woman fifteen or twenty years younger than he was, and she had felt so sickened and angry that she had wanted to run up to her father and punch him in the face. Thirteenth: If she married Stanley, she would finally beat Mildred at something, even if it wasn’t clear that Mildred had any interest in marriage. For now, her sister seemed happy enough bouncing from one brief affair to the next. Good for Mildred, but Rose had no interest in living like that. Fourteenth: Stanley made money, and from the way things looked now, he would be making more money as time went on. There was comfort in that thought, but also some anxiety. In order to make money, you had to think about money all the time. Would it be possible to live with a man whose sole preoccupation was his bank account? Fifteenth: Stanley thought she was the most beautiful woman in New York. She knew that wasn’t true, but she had no doubt that Stanley honestly believed it. Sixteenth: There was no one else on the horizon. Even if Stanley could never be another David, he was vastly superior to the lot of sniveling whiners Nancy had sent her way. At least Stanley was a grown-up. At least Stanley never complained. Seventeenth: Stanley was a Jew in the same way she was a Jew, a loyal member of the tribe but with no interest in practicing religion or swearing allegiance to God, which would mean a life unencumbered by ritual and superstition, nothing more than presents at Hanukkah, matzo and the four questions once a year in the spring, circumcision for a boy if they ever had a boy, but no prayers, no synagogues, no pretending to believe in what she didn’t believe, in what they didn’t believe. Eighteenth: No, she didn’t love Stanley, but Stanley loved her. Perhaps that would be enough to start with, a first step. After that, who could say?